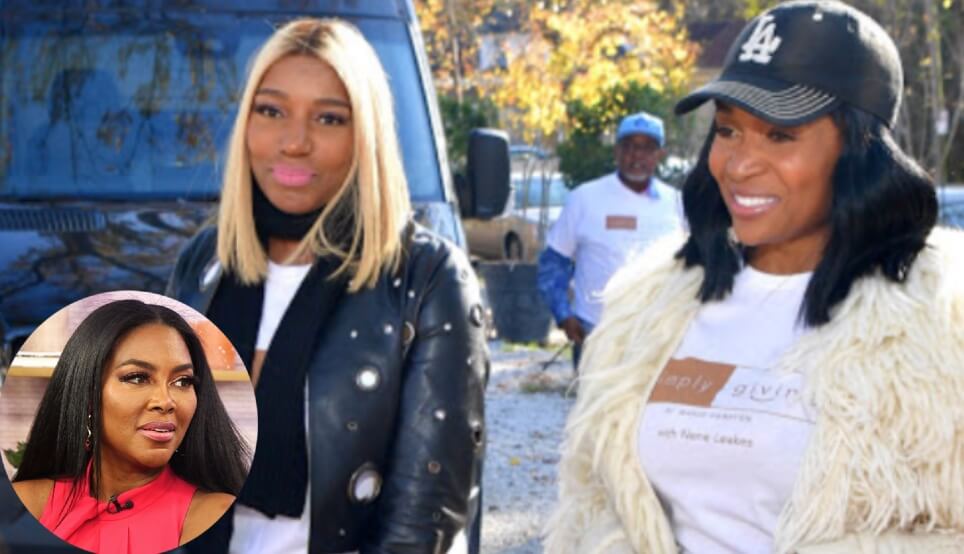 Kenya Moore’s below the belt attack on Tanya Sam during Sunday night’s episode of The Real Housewives of Atlanta has her co-stars, NeNe Leakes and Marlo Hampton sounding off.

NeNe Leakes blasted Kenya Moore and her co-stars — Cynthia Bailey and Eva Marcille on Sunday after watching the disturbing episode where Kenya Moore brought out the “Cookie Lady” to confront Tanya Sam. The “Cookie Lady” is  a woman who claims Tanya’s fiance, Paul Judge, made a pass at her. During the episode, Kenya Moore called Tanya Sam a “cunt,” screamed  at her and pointed her finger in Tanya’s face. The alarming scene prompted NeNe Leakes to call out her co-stars on Instagram. She wrote on Feb 9, “Just finished looking at TONIGHT’S episode like? Ain’t this some BULLYING BULLSHIT! EVERYBODY at the table looks AWFUL to me! Tune in at 8pm #RHOA @bravotv #allmeangirls Y’all will figure it out one day because i already have??‍♀️ PS: I’m not on tonight??‍♀️??‍♀️??‍♀️ see ya next week ??.” 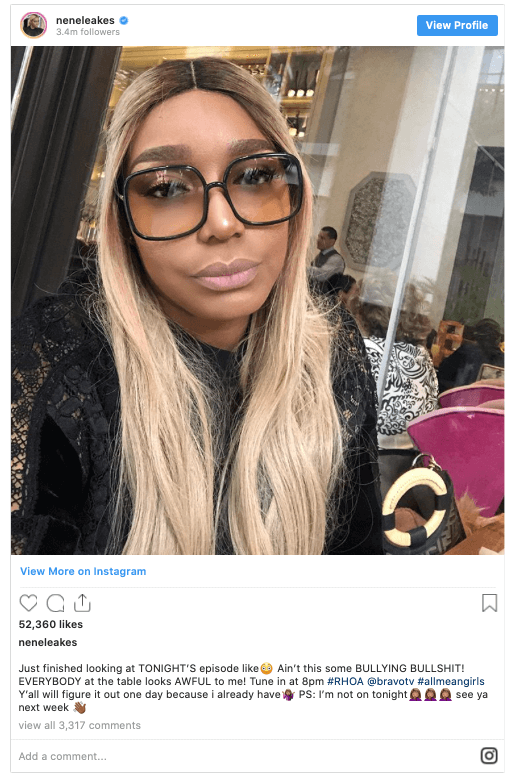 During the cast trip to Toronto, Kenya Moore implied Tanya Sam’s fiance was hiding a secret but would not go into details. Kenya dropped the bomb during the group’s last dinner in Canada — she asked the ladies, if their man were cheating, would they want to know. It was obvious she was directing the question to Tanya Sam.

Additionally, Kenya forgot a wig she wore during the Toronto carnival and asked Tanya Sam to bring it back to Atlanta for her. After the ladies traveled back to the ATL, they met up for a spa day. After finding out Kenya was directing shade towards her — Tanya Sam exposed Kenya’s wig to Marlo Hampton, Porsha Williams, Kandi Burruss, and Eva Marcille. They all had a good laugh over Tanya’s shade. 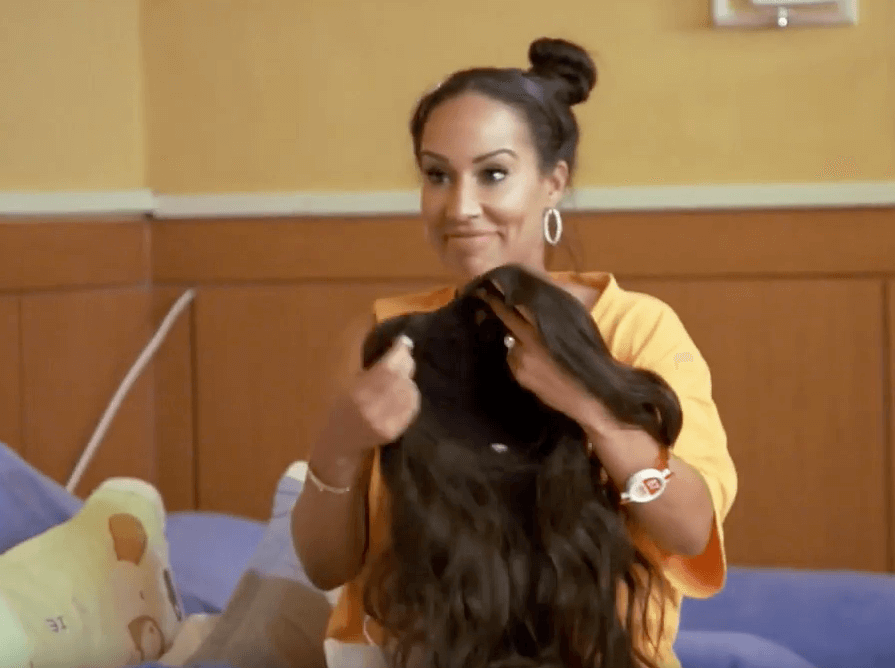 Kenya Moore sought revenge on Sunday’s episode of The Real Housewives of Atlanta during a lunch date in Atlanta with Tanya Sam, Cynthia Bailey and Eva Marcille. Kenya accused Tanya of trying to discredit her natural hair brand by exposing that she wears wigs.

Kenya Moore used the ladies lunch to bring out the “Cookie Lady” — who claims Tanya’s fiance is a cheat. But, the tech mogul held her own and calmly shut down all the side-chick’s claims. Tanya even handled Kenya Moore’s horrid behavior with class and did not hit below the belt. 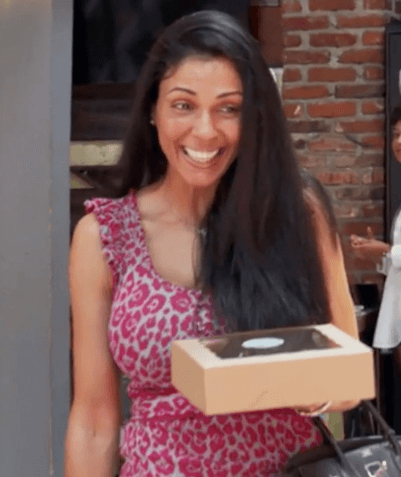 Marlo Hampton chimed in while Sunday’s episode aired — slamming Kenya Moore’s appalling behavior and calling the former Miss USA jealous. She tweeted, “So agressive, the finger pointing isn’t called for … #rhoa @itsTanyaSam. it’s crazy how people react when they are jealous of your happy, successful and comfy lifestyle.” 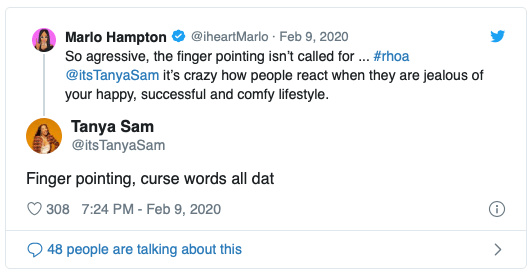