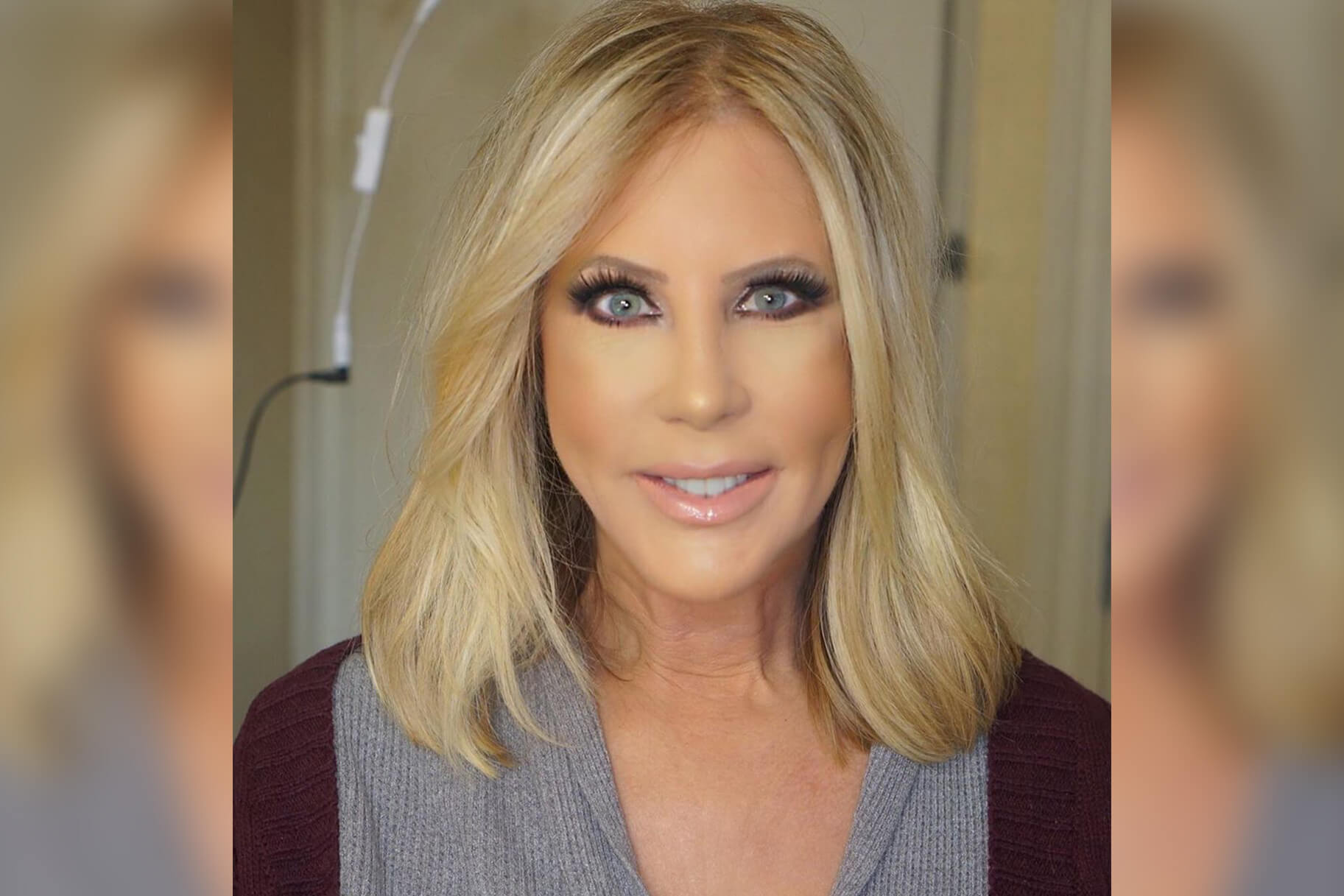 “New projects that will be exciting, empowering and inspirational. My podcast with Westwood One will be launching soon and I will have much more to say about this on Whoop It Up with Vicki,” she wrote. “I hope you will join me with my new journey so please stay tuned.” 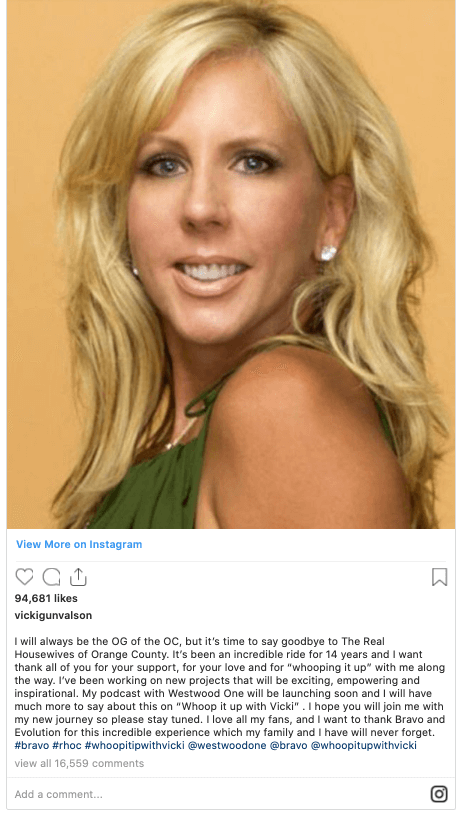 As fans know, Vicki Gunvalson put the Housewives franchise on the map and has been credited with starting the Bravo reality obsession.

In addition to her many new projects, Vicki Gunvalson recently got engaged to her boyfriend Steve Lodge after three years of dating. The two are planning on wedding sometime soon, she has said.

“I remember the first reunion I did with Vicki Gunvalson. Occasionally our eyes would meet as I grilled the other women, and she would wink at me optimistically and effervescently as both of her deep dimples shone,” Cohen, 51, wrote — captioning a photo of the two of them.

“She kept winking at me Year after year, and it always made my heart smile,” he continued. “Vicki is an original, who remained her authentic self from her Family Van-freakout through her last reunion. It’s so hard to remain exactly who you are after being on television for so long, but Vicki is one of a kind. Thank you for everything, @vickigunvalson – what a ride. And it’s not over. … ❤️ ? #RHOC.“

Previously, Andy Cohen revealed on his SiriusXM radio show that there was possibility of adding new Housewives to the Bravo reality series.

“The casting for next season is some of the best casting we’ve had,” Cohen said, adding that he “[has] not been this excited about casting” in a long time.

No casting has been confirmed for season 15 just yet.