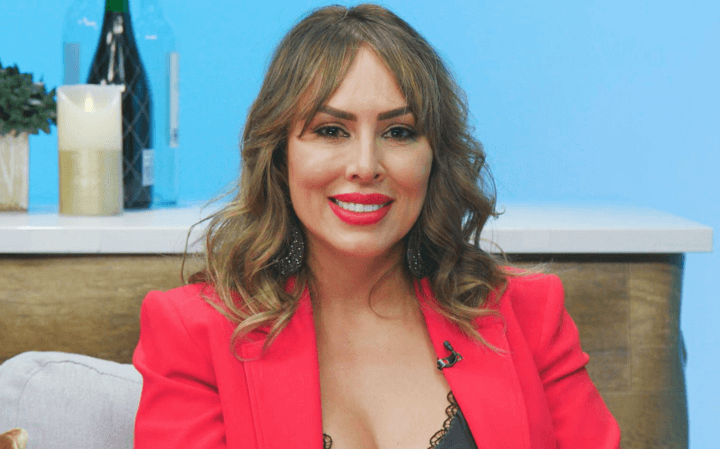 On Saturday, Kelly Dodd was a guest on a Housewives panel called — An Evening With the Celebrity Housewives — and when asked about Brandi Glanville’s and Denise Richards sexual tryst, Kelly told the audience that Brandi has proof of the rumor.

“I just talked to [Brandi]. I said, ‘What the hell is going on here?’ She goes, ‘I did hook up with her and I have the text messages and I don’t lie,’” The Real Housewives of Orange County star revealed.

“Who did Brandi hook up with?” asked Sonja Morgan, who also on the Housewives panel.

“Denise Richards,” the host of the event told the Real Housewives of New York star before asking Kelly, “What happened?”

“What did they do? They scissored…I don’t know! I didn’t ask,” Kelly said about Brandi and Denise’s sexual hook up.

Kelly Dodd continued, “I didn’t want to get into graphic detail. I don’t know. I don’t care. What do you do? Get a freaking strap-on and grind her down?”

As reported, Brandi Glanville and Denise Richards started their sexual relationship from early 2019, until the middle of the year. Supposedly, Denise told Brandi that she and husband, Aaron Phypers, were in an “open marriage,” but that apparently wasn’t the case and Aaron was “hurt” by the news of the relationship.

The drama started after Brandi Glanville told the group of ladies about the affair and the cast confronted Denise during a cast trip to Rome — and Denise basically walked away from the show afterwards.

As a result, Denise quit filming The Real Housewives of Beverly Hills and basically walked away from the Bravo reality series. And allegedly everyone in Beverly Hills knows about it. It was the talk at Kathy Hilton’s Christmas party.

The Real Housewives of Beverly Hills returns in early 2020.