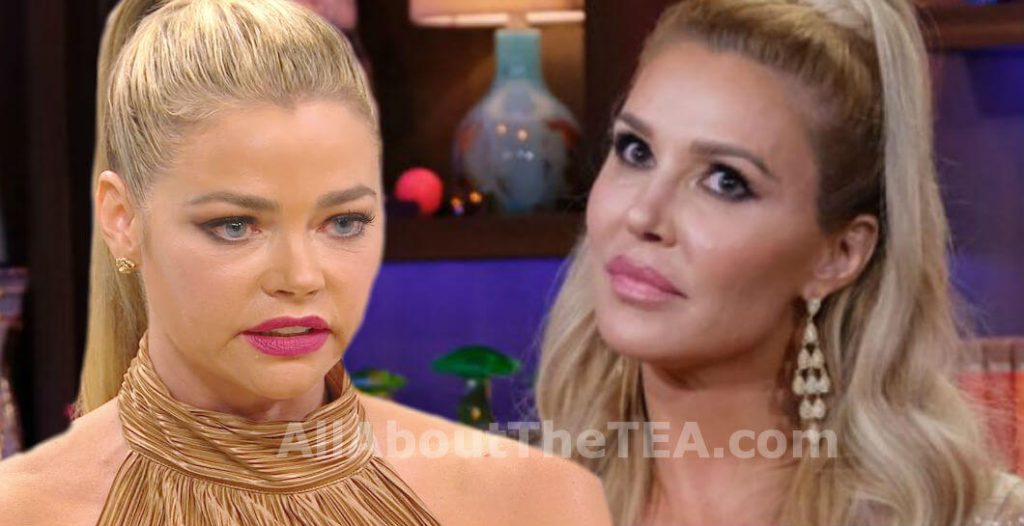 The Real Housewives of Beverly Hills feud between Brandi Glanville and Denise Richards stems from a secret lesbian affair!

“Denise claimed to Brandi that she was in an open marriage, but she wasn’t and this has hurt Denise’s husband Aaron Phypers very much.” A production source tells DailyMail.com.

Brandi Glanville spilled the piping hot tea to the group because she was under the impression Denise Richards and her husband Aaron Phypers had an open marriage.

“It shocked everyone as Denise constantly boasts about how great her husband is, how much she loves him and how large his penis is. Clearly she got over his penis and went for something that was being offered on another menu.”

The drama went down during a cast trip to Rome with the entire group — Lisa Rinna, Kyle Richards, Teddi Mellencamp, Erika Jayne, Dorit Kemsley, and even newbies, Garcelle Beauvais and Sutton Stracke were all present. They decided to confront “Denise about the alleged nasty things she’d been saying about them.” and “Denise attempted to brush it off and act innocent, but then the women dropped a bombshell. They then confronted Denise about her affair with Brandi.”

“The best thing was this was all done on camera and the show’s fans will get to see it all go down.” The source tells the tabloid.

“Since the affair was exposed, Denise has basically walked away from the show. Everyone in Beverly Hills knows about it. It was the talk of Kathy Hilton’s Christmas party.” The production source  shared with the DailyMail.

The source adds, “The cast of the show had just filmed a big cast party at Dorit and PK’s new home that they allegedly own, and afterwards headed to Kathy and Rick’s party. Denise was a no show at either and that’s when all of Beverly Hills found out.”

“These are all key moments on the show that contractually she should be filming. Bravo should just step in and fire her as she’s not turning up for her job.”
Um, if she created the most dramatic season ever by cheating on her husband with another female cast member, she is DEFINITELY doing her job. We’d say even going above and beyond! LOLz!

One source says: “I feel really sorry for Aaron as he is a good guy and Denise is crazy for thinking she could have an affair while filming a reality show and get away with it.”

Bravo hasn’t responded to the rumor but Camille Grammer took to Twitter on Wednesday to share Brandi Glanville is lying about the affair. 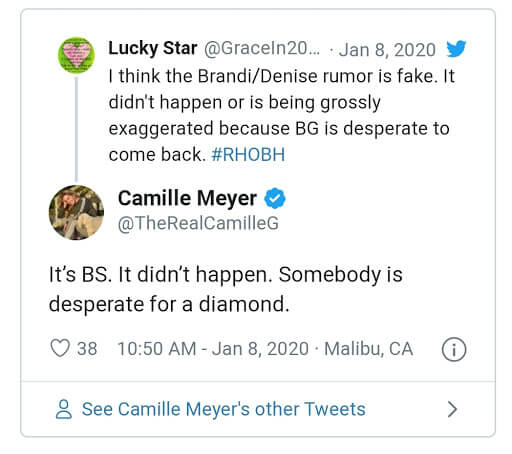 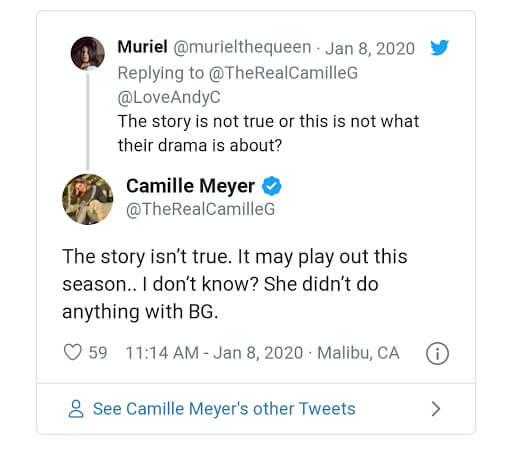 What are your thoughts about these wild new rumors? Sound off below!