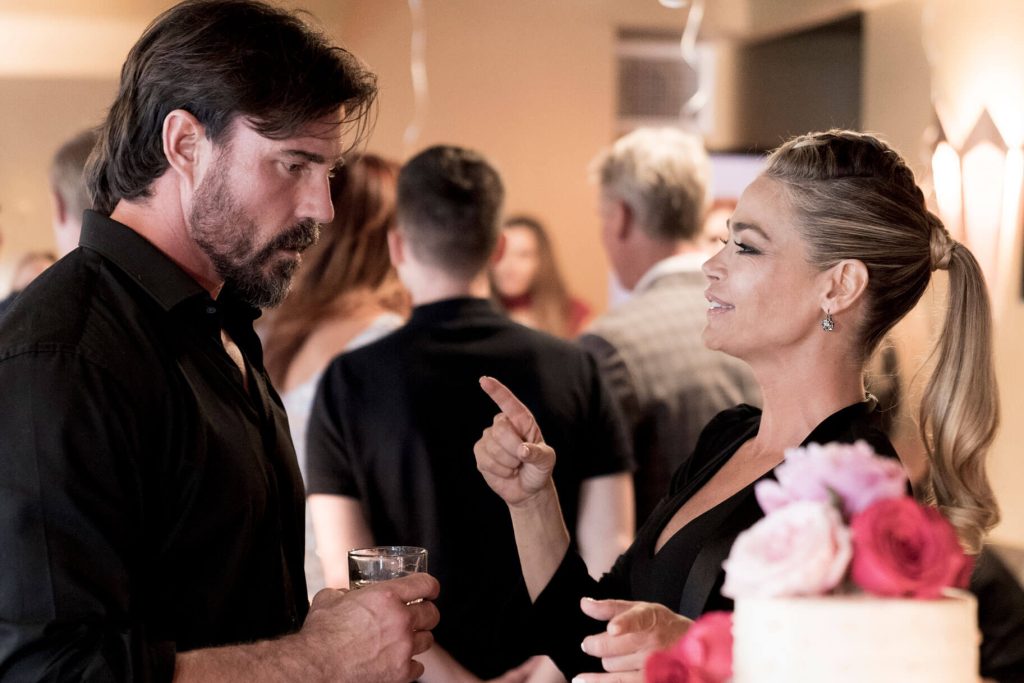 The Real Housewives of Beverly Hills star Denise Richards and her husband Aaron Phypers have been sued for trashing their rental home.

Denise allegedly has videotape proof she and her husband had left the house in good condition.

According to the suit, Denise Richards, 48, and Aaron Phypers, 47, signed a lease in July 2018, and agreed they “would house no animals on the property other than two pot-bellied pigs and three dogs.” Also, they would “properly use, operate, and safeguard the property, keeping it clean and sanitary, would pay for all damage to the property caused by tenants or pets.” Reports The Blast.

The couple agreed they “would not, and would not permit guests, to disturb or annoy neighbors, and upon vacating the premises defendants would return the surrender the property to plaintiffs empty of all personal property, and would remove all debris, return the property in the same condition as at the commencement of the lease.”

The landlord claims the reality couple, “breached the foregoing written contract through causing significant damage to the leased property, and knowingly and willingly violated the Pet Addendum.”

The owner alleges in the legal papers that the couple knew what would happen with their pets and has claimed.

“The intentional misrepresentations engaged in by defendants, and each of them were done with malice, oppression, and fraud. Further, said conduct was despicable in that it was so vile, base, contemptible, miserable, wretched, and loathsome it would be looked down upon and despised by ordinary decent people.”

Charlie Sheen‘s ex-wife denies the property owners claims. According to Denise Richards’ lawyers, the house was allegedly already trashed before they moved in — including with dead possums, rats and animal poop.