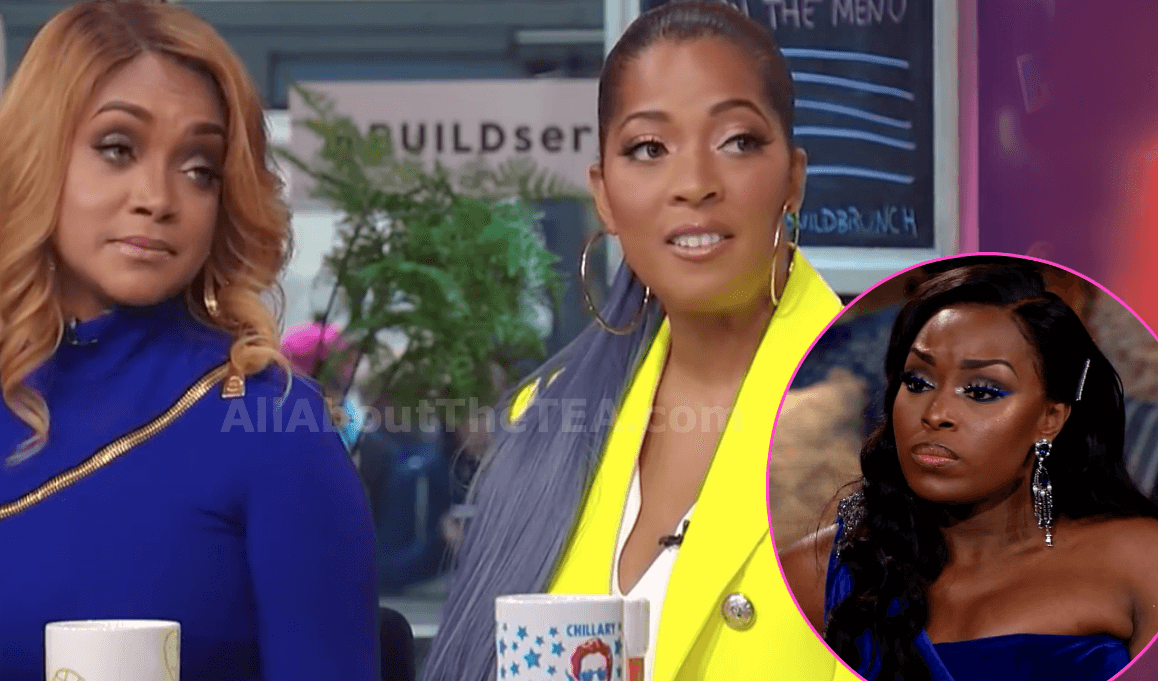 Part one of the explosive Married To Medicine season 7 reunion airs tonight but Quad Webb got the fireworks started early by shading Toya Bush-Harris on social media.

Toya Bush-Harris has been distant from Quad Webb after she falsely accused Mariah Huq of drug use, which Mariah has proven she’s been drug-free for years. Also, now that Quad Web is divorced, Toya feels she serves no purpose on a reality show that centers around married couples.

Quad Webb addressed the tension with Toya Bush-Harris and accused her of being in an alliance with Mariah Huq when responding to a fan on Instagram.

Quad Webb appears to be bothered by the close friendship between Mariah Huq and Toya Bush-Harris, “Well really she doesn’t have an issue with me, she’s just taken on the attitude of her boss “MaLIAR” because she made a pact with her earlier this season. What some will do for tv.” She wrote on December 22.

Earlier in the season, Toya confronted Quad about spreading the Mariah drug rumor. Toya told Quad that Mariah took a drug test that goes back 10 years and the results were negative — no traces of cocaine detected in her system for 10 years. However, Quad dismissed the proof and claimed the results were inconclusive.

Part one of the two part season 7 Married To Medicine reunion airs Sunday, Dec 29, at 9:00 pm ET. As AllAboutTheTEA.com exclusively reported, a dramatic confrontation between Dr. Simone Whitmore and her former friend, Dr. Jackie Walters will go down. The once close doctor friends are on the outs over drama Heavenly Kimes started.

For more Married To Medicine reunion tea click here and stay connected to AllAboutTheTEA.com for exclusives.