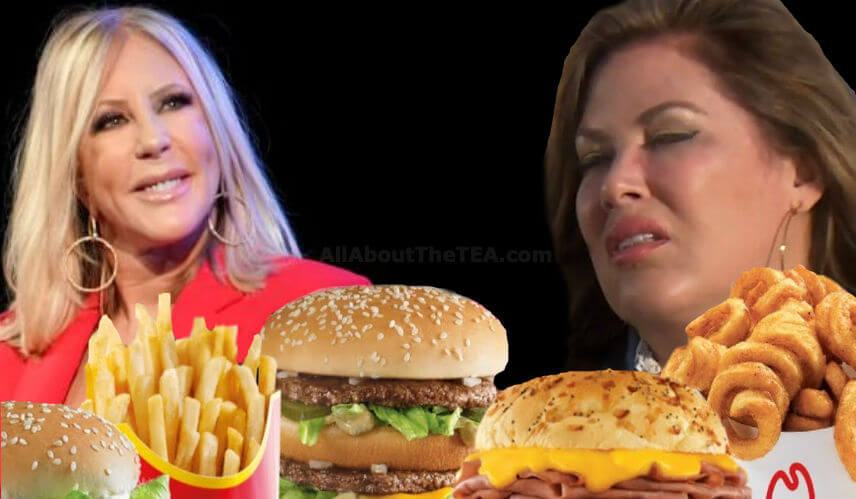 Emily Simpson has amped up her vicious age shaming attacks against Vicki Gunvalson, by pulling fast food giants, Arby’s & McDonald’s into the mix.

Vicki Gunvalson took to Twitter to address Emily’s age shaming attacks, she wrote “Watched @BravoRHOC last night & was shocked to hear @RealOCEmily bash me about my age of 57. Referencing me as “old, I should be in a convalescent home, and geriatric”. Really? I can’t change my DOB and you will get there too. #disrespectful #rude.” 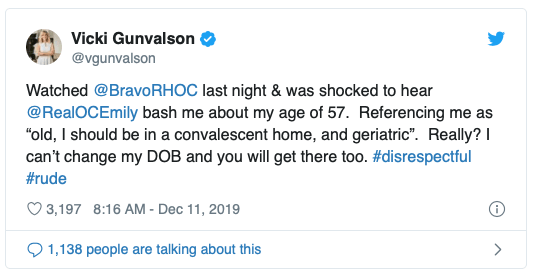 After Vicki Gunvalson called out the attorney for attacking her age, Emily Simpson clarified she actually referred to the OG of the OC as a “senior citizen.” Then she clapped back with more ageist insults — “McDonald’s and Arby’s offer ‘senior discounts’ for 55 and older. So enjoy your roast beef sandwich,” Emily tweeted on December 12. 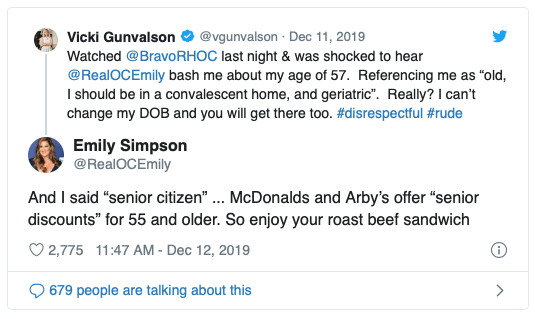 Kelly Dodd was the one who said Vicki Gunvalson needs to “be in a convalescent home.” Gina Kerschenheiter asked what that was, Emily Simpson explained, “I assume it’s for old people,” and the three ladies laughed.

Emily Simpson, 43, has taken jabs at Vicki Gunvalson’s age in the past. She compared the Tres Amigas’ relationship with the newer cast members to the way seniors in high school might “bully” the freshmen.

Tamra Judge also jumped into the fray and addressed the age-shamer by posting a sizzling bikini shot on Instagram, she wrote: “Cheers to being “ old & geriatric” #rhoc #age-shamming #52 #grandma #4kids #fitmom #myhipswork #fitoldlady #hardworkpaysoff? #vegetarian ~The hypocrisy is disgusting.” 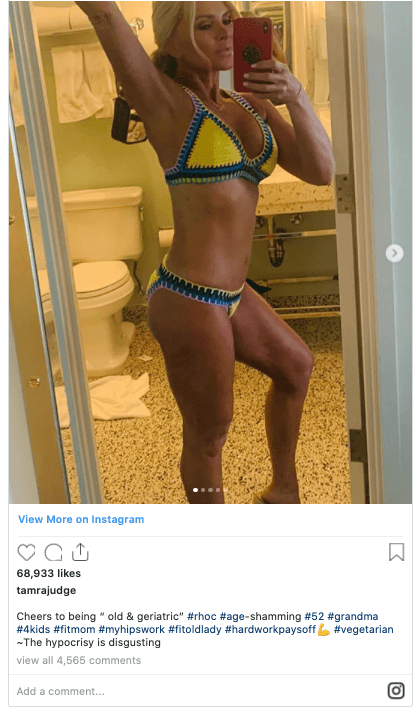