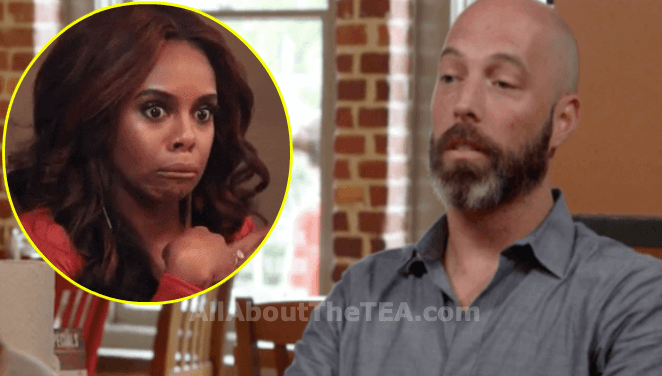 In an interview with host Frank Ski, Candiace Dillard made numerous claims — she stated that “never in her wildest dreams” did she think a fight like this would happen, and it goes against her moral code as she believes she “represents the elite of black royalty.”

Throughout the interview, Candiace Dillard placed blame for the fight that led to second-degree assault charges being filed by both parties, solely on Monique Samuels.

As reported, the fight occurred on October 16 during a cast gathering at a winery and was filmed by Bravo cameras.

Candiace Dillard, 32, initiated the fight by throwing a drink (and the glass) in Monique Samuels’ face during a heated fight — and Monique responded by grabbing Candiace by the hair and slamming her face on a table.

When host Frank Ski asked who is the one who allegedly pulled hair, and Candiace Dillard responded that her “mother taught her home training.” She also claimed that she “did not attack” Monique Samuels.

In a statement to the press, Dillard’s attorney, James Walker, claimed Samuels attacked his client “viciously,” and her “behavior has no place in our society.”

The mother-of-three answered by filing a counter criminal summons against Dillard, who will have her day in court on February 6, 2020. Samuels’ attorney, A. Scott Bolden stated the former pageant princess is “known for her aggressive, threatening, and belligerent conduct” and maintained his client acted in self-defense.

Dillard then promised viewers they will see the entire fight play out “from every angle” on Real Housewives of Potomac Season 5.

However, AllAboutTheTEA.com has learned that Housewives have a clause in their contracts that prohibit them from suing each other for events that occur while filming the Bravo reality series together. For Candiace to civilly sue Monique, she would have to break her Bravo contract.

When V-103 host Frank Ski mentioned Candiace’s reputation for “popping off” on Real Housewives of Potomac, her attorney blamed editing for inaccurately portraying his client.

Frank Ski then dropped a bombshell and questioned Candiace about domestic violence charges her husband, Chris Bassett, is currently facing.

The Real Housewives of Potomac Season 5 premieres in Spring 2020.