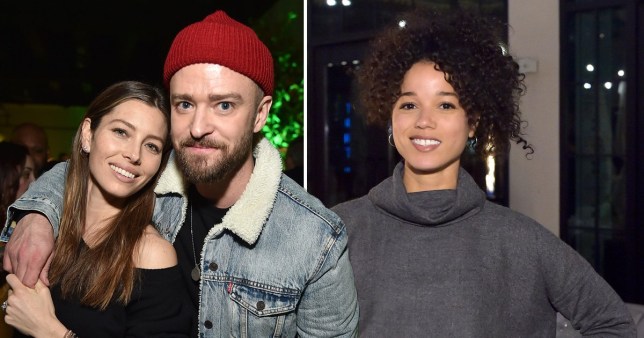 Photos have surfaced over the weekend of Justin Timberlake getting handsy with co-star, Alisha Wainwright, on a balcony of a bar in New Orleans.

Not pictured wearing his wedding ring to wife of seven years and mother to his four-year-old son, Jessica Biel.

According to new photos and video obtained by The Sun, captured the lovebirds holding hands and Alisha Wainwright resting her hand on Justin Timberlake‘s leg. 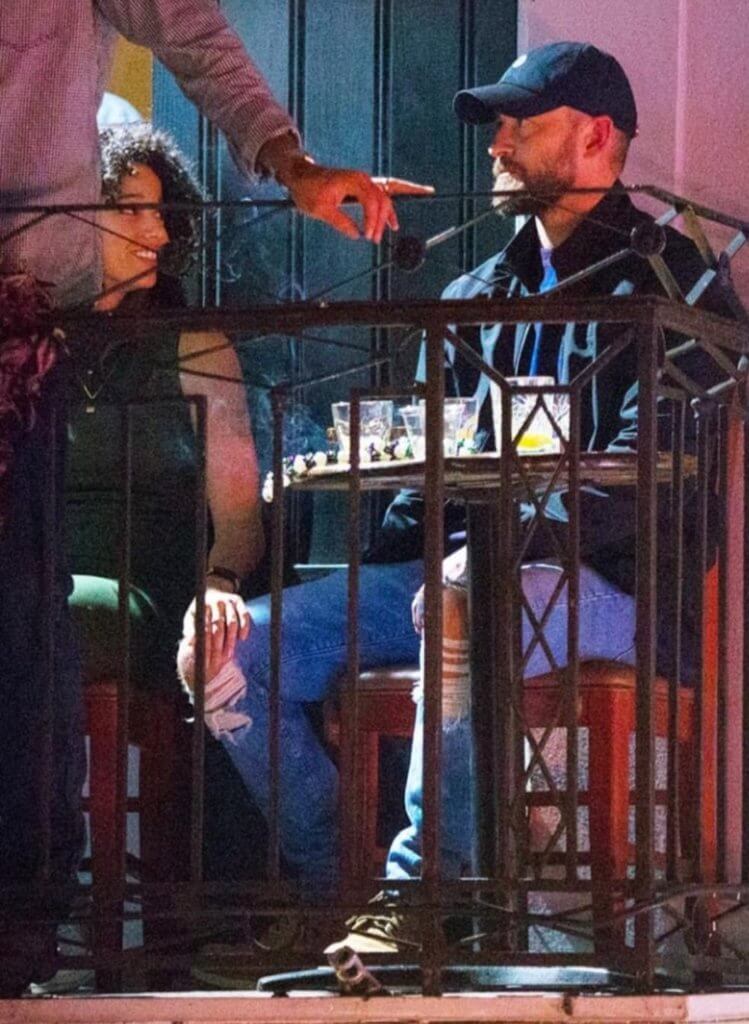 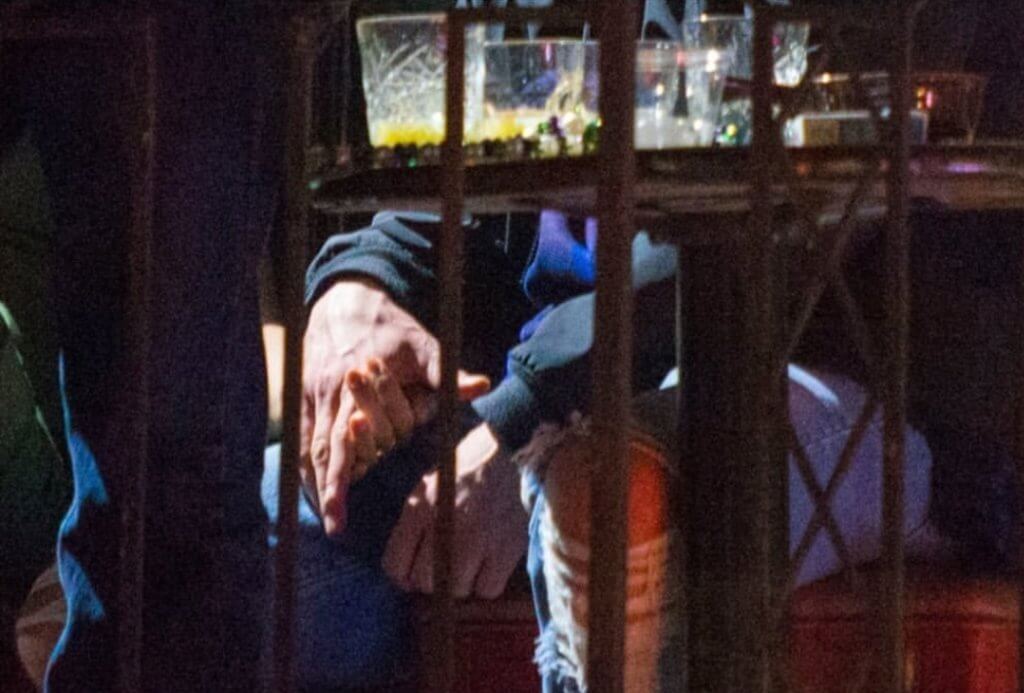 Justin Timberlake and Wainwright are currently in New Orleans shooting a new movie together titled, Palmer, and hung out around midnight at the bar.

Justin Timberlake appeared to be drunk as he was stumbling but it was the interaction between the two stars that seemed to surprise onlookers.

A representative on behalf of Alisha Wainwright, 30, has released a statement denying the allegations, “There is no validity to this speculation. They are currently working on a project together. Members of the cast and crew were all together.”

There has been no word from Timberlake’s camp.

Justin Timberlake and Jessica Biel have been married since 2012. They spent their Halloween together and have been known to get flirty with each other via social media.

Justin Timberlake, 37, and Jessica Biel, 37, have a clause in their prenuptial agreement that entitles her to $500,000 in the event he steps outside of their marriage. Let’s hope for the sake of their marriage and JT’s bank account, this is all a big misunderstanding.