Welcome back to another episode of The Real Housewives of Dallas. HERE COMES THE BRIDE!

After much anticipation, we are finally relieved to see the Mother of the Bride stroll through the chapel doors mere moments before LeeAnne Locken takes her long walk down the aisle in a million-dollar tiara and a donated wedding dress. Once she makes her way down, the ceremony moves quickly to their unconventional vows. 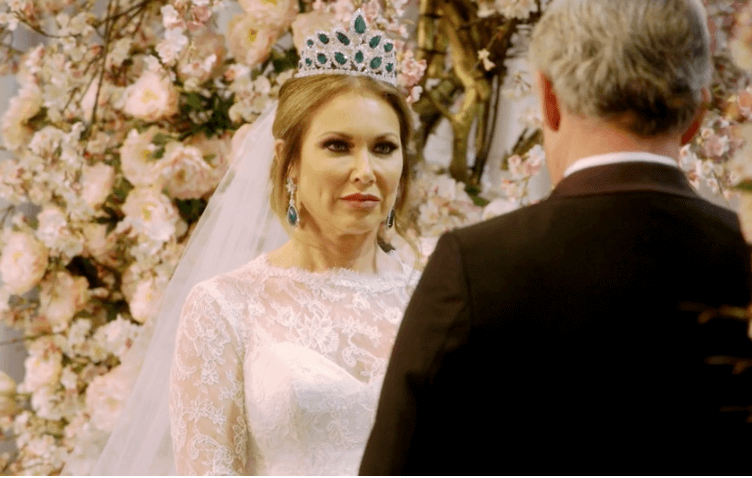 Rich’s vows seem more reminiscent of a roast of his blushing bride-to-be, (not unlike D’Andra’s) sprinkled with a self-deprecating eye-patch joke here and there for good measure. LeeAnne Locken’s vows are admittedly more tender and sentimental, minus a few cringe-worthy jabs directed at her mother who awkwardly sits in the front row while shaking her head aggressively. One thing’s for certain, these two misfit toys have indeed found their match. 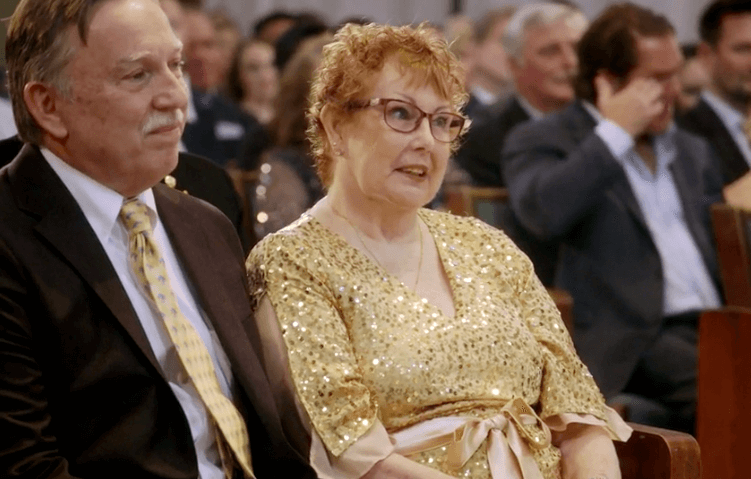 The ceremony concludes and the couple is whisked away in a Rolls Royce with just one quick pit stop for footlong chili cheese dogs at the nearest Sonic Drive-In before making their way to consummate the new union at Hotel St. Germain. It’s still unclear why they decided upon fast food when they had a generous five whole hours to spare before their wedding reception started. 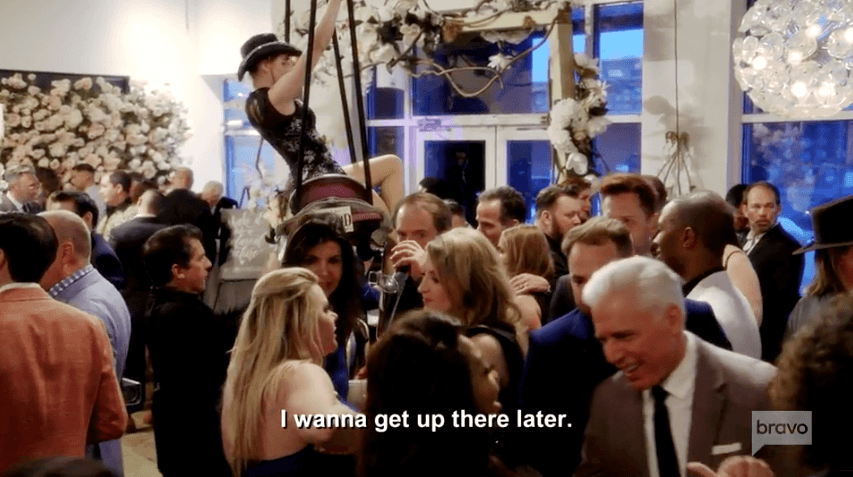 D’Andra Simmons and her house husband Jeremy have chosen to spend a quiet evening at home participating in a friendly cooking competition. D’Andra expresses concern that she won’t be able to move around the kitchen fast enough but Jeremy quickly assures her that if there’s food involved she’ll be moving just fine. In the end, D’Andra claims the W and rightly so as she explains that food is probably the most important thing in her life. Good thing she wasn’t at LeeAnne’s wedding. She would’ve been sorely disappointed. 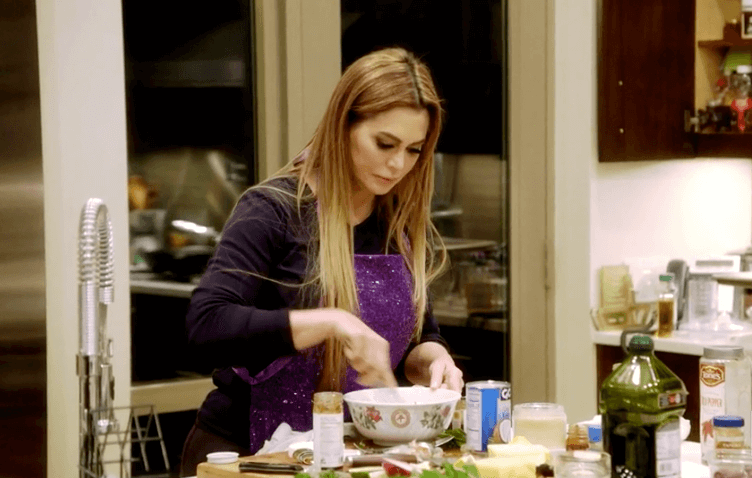 The bride and groom make their grand entrance at the reception with the bride now wearing a beaded white jumpsuit complete with a long flowing train. My guess is she got hot dog chili on the dress. Rich is still wearing his trusty eye patch. Priorities. One thing definitely NOT on LeeAnne’s list of priorities: enjoying a tender moment with her “tardy for the party” mother. The mother-of-the-bride eventually does squeeze through the crowds for a couple of photos with the bride but just as quickly makes a beeline for the nearest exit. Hey, maybe she was hungry. 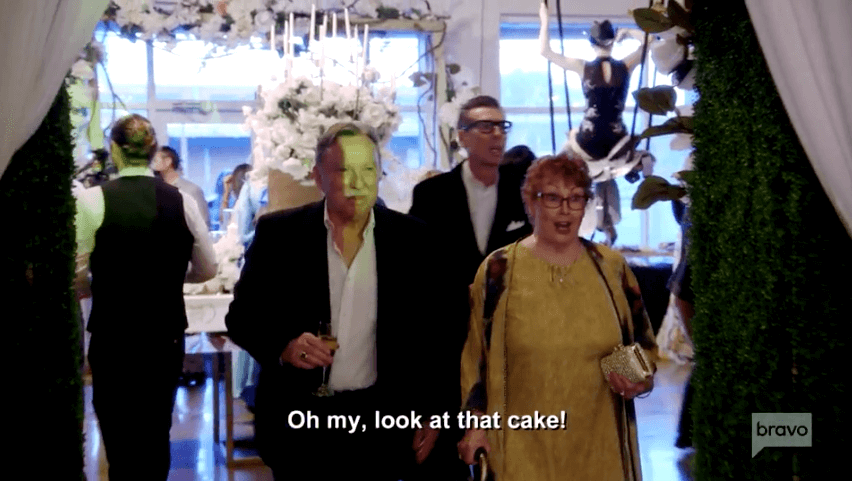 On a more serious note, it’s unclear as to which is more tragic during this episode: A wedding reception without proper sustenance or Stephanie Hollman’s BANGS in her talking head. Is it possible that Kameron Westcott is somehow behind this tragic glam?

Meanwhile back in Brandi Land, Brandi Redmond and Brian sit down over dinner to discuss the possibility of adopting Bruin’s sibling that’s on the way. Brandi says that she feels in her heart that adopting the baby is the right thing to do but Brian’s not so sure. As the oldest of four siblings he sees things from a different perspective. 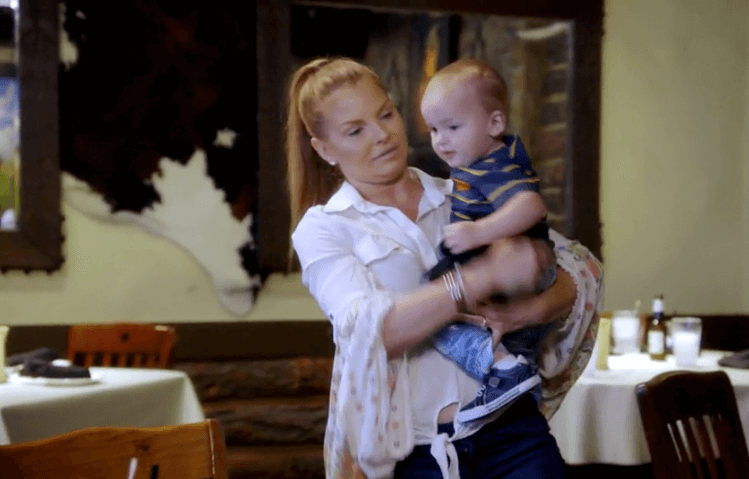 He’s also seriously concerned with how this will affect Brooklyn who is already obviously struggling with the most recent changes to the family’s dynamic. They would also have to buy a bigger home and a car with a third row. So there’s that to consider. 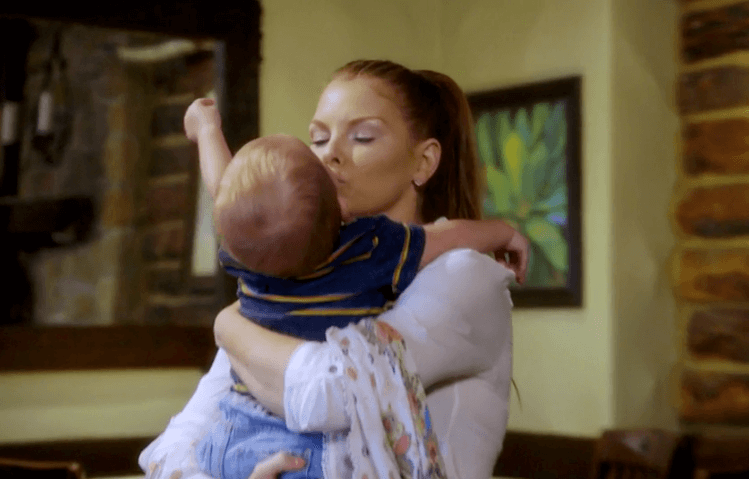 Over at the Hollman residence, Stephanie and Travis take a moment to sit down and discuss the details of Travis’ fiftieth birthday party that’s quickly approaching. Travis also mentions that he will need to go visit his father in Bangkok in the next couple of weeks and asks Stephanie to accompany him. Stephanie decides to make it a girl’s trip too since Travis will be working most of the time and she wastes no time calling and inviting all of the ladies to join her. Get ready for those ping pong shows ladies! 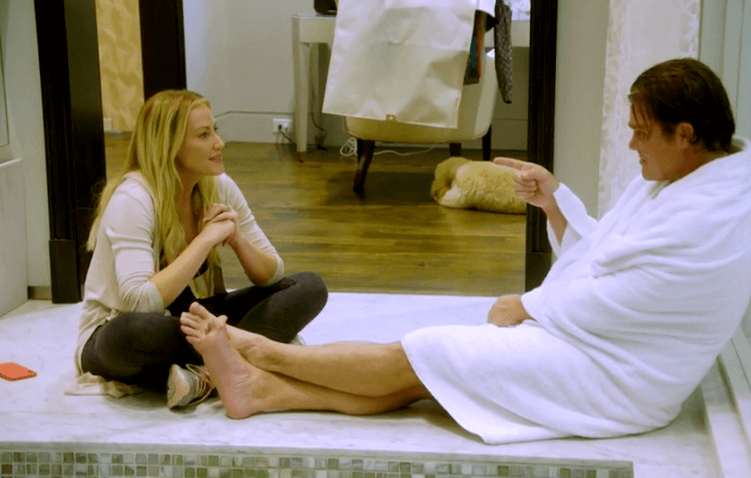 Kary Brittingham and Eduardo are walking into a restaurant when she takes the call from Stephanie inviting her to Thailand. Eduardo playfully jokes that he’s jealous that he’s not the one jet setting off to Thailand. Or is he joking? I digress… Once the couple sits down at the table Kary Brittingham tries to talk with Eduardo about her jewelry line but is cut off by him each time. When he starts rambling on about his mother’s trip to Spain and how many kilometers she’s walked Kary cuts him off and makes it clear that she doesn’t GIVE A DOG’S RIP. 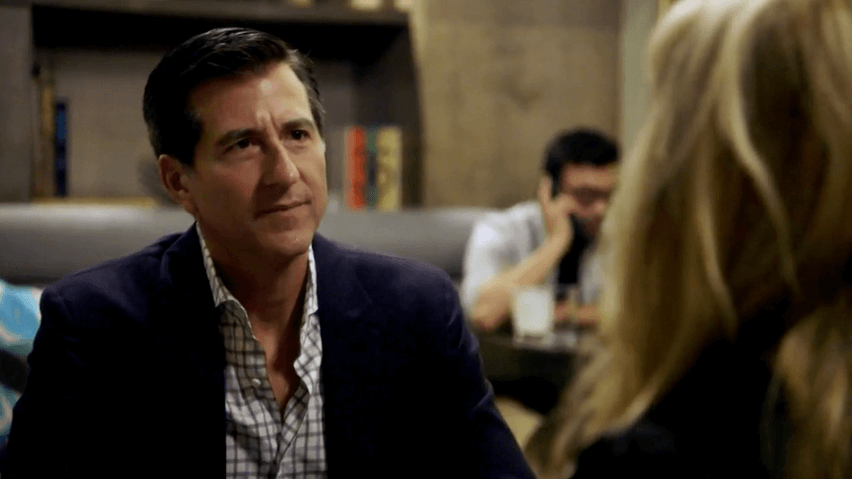 Kary Brittingham confesses in her talking head that Eduardo is a bad communicator and that’s become a serious point of contention for her. She also admits that there is definitely a power struggle going on between the two of them. Up until just recently, he’s been able to control her through the finances but her jewelry line is proving to shake things up a bit. Eduardo better watch out. Kary Brittingham might not ever come back from Thailand. Ping pong shows FOR LIFE. 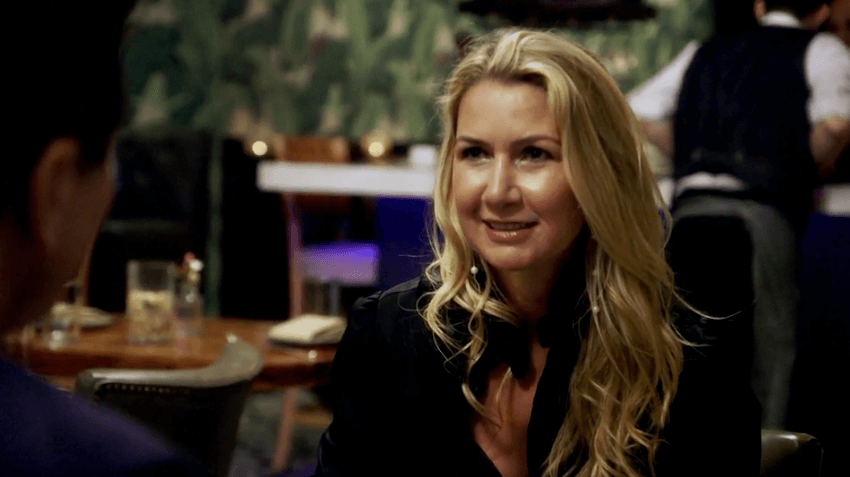 Next week on The Real Housewives of Dallas the ladies venture off to Thailand for an epic cast trip and the drama explodes!