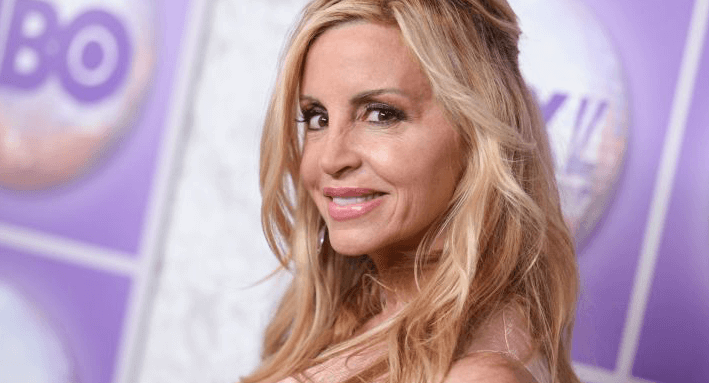 Camille Grammer has confirmed that she will indeed film scenes for season 10.

“I’m getting back in the game. ?? diamonds and drama. #rhobh,” the 51-year-old tweeted on Wednesday, November 6.

Camille Grammer clarified that she will not be a full-time cast member, after a fan tweeted that she is “so excited” to see the reality TV personality “hold that diamond proudly” in the opening credits. Camille responded, “No diamond.”

A source close to production tells AllAboutTheTEA.com that that — Teddi Mellencamp, Kyle Richards and Dorit Kemsley are not happy with the producers decision to bring Camille back after all the drama she stirred up in season 9.

“They [Teddi Mellencamp, Kyle Richards and Dorit Kemsley] are all pissed off and reluctant to film with Camille but don’t have a choice in the matter. Producers have made it clear — film or be fined.” The source adds, “Producers realized a cast of friends getting along does not make good tv, so they decided Camille was needed to add a little drama to the mix.”

In August, Camille Grammer announced that she wasn’t asked back and blamed Kyle Richards, who she said controlled the show casting.

“I did my time on the show. And it’s Kyles show,” she wrote on August 29. “It was up to Kyle. I’m really fine. After the reunion I didn’t want to come back. It was an awful experience.”

Camille Grammer was first featured on the Bravo reality series premiere in 2010. After two seasons, she left the show but made guest appearances over the years. Camille returned in a semi-permanent role — as a “friend” of Housewife — for seasons 8 and 9.

The RealHousewives of Beverly Hills will return to Bravo in 2020.