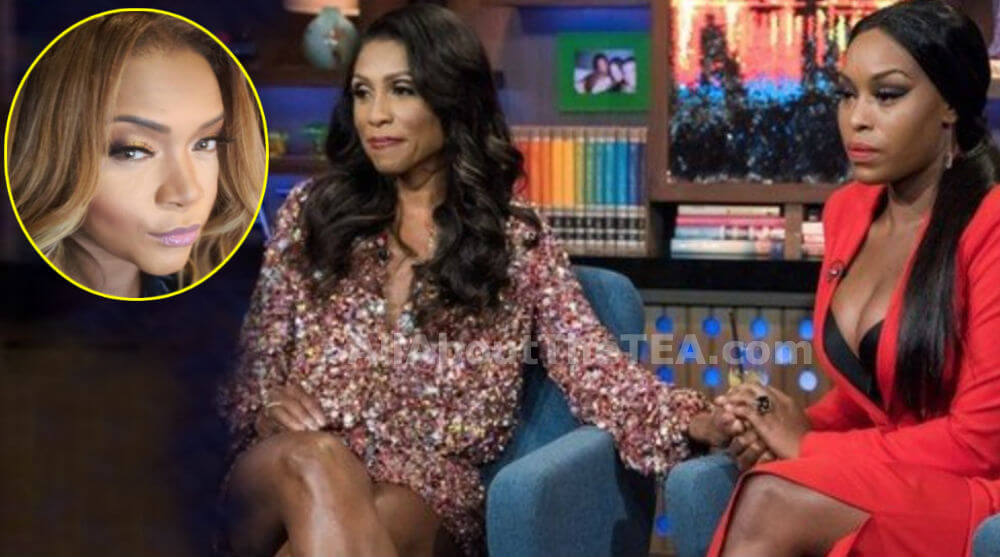 As fans witnessed last Sunday, Quad Webb-Lunceford is not backing down from her drug use accusations even though costar Mariah Huq produced receipts proving she hasn’t used drugs going all the way back 10 years.

In tonight’s episode, Dr. Simone Whitmore storms off the dinner table after becoming overwhelmed with emotions over the discord between Mariah Huq and Quad.

Dr. Contessa Metcalfe, Buffie Purselle and Quad follow Simone to the bathroom. A beat down Simone explains to Quad that she’s known Mariah for years and has never seen or heard Mariah use drugs but Quad insisted, “I’m not going to go back and act like I didn’t see it.”

Left at the dinner table are Mariah Huq , Dr. Heavenly Kimes and Dr. Jackie Walters along with Toya Bush-Harris and they’re talking. Mariah is over the mess and wants no parts of a friendship reconciliation with Quad after she told such a damaging lie on her. “You guys [can] be friends with her, I’m going to coexist [with her],” she explained.

“It doesn’t matter what I do to prove that she’s lying about me doing drugs,” Mariah added. “Blood test, hair test, toenail, fingernails. It doesn’t matter. This s**t broke me!”

Toya Bush-Harris offers Dr. Jackie Walters an opportunity to view the drug test results that proves Mariah Huq is drug-free (and Quad lied) but she refuses to even look at the paperwork.

“Everything I say and I do seems to end up in a bad place with Mariah,” she explained. “So, I just don’t want to talk about it. Leave me alone.”