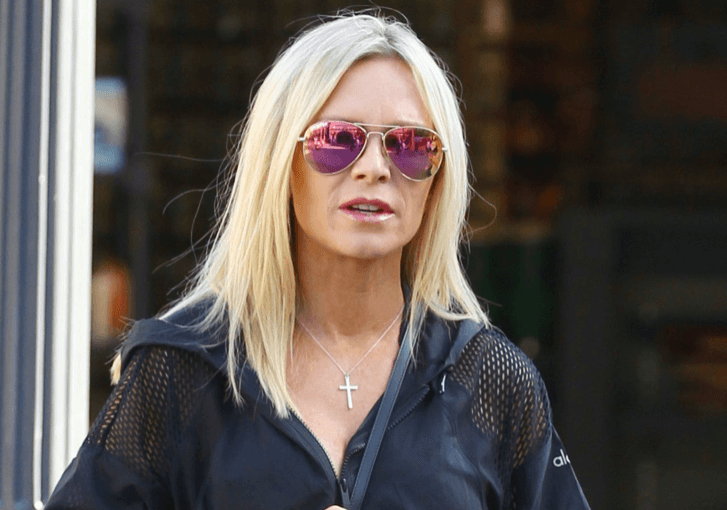 Tamra Judge would quit The Real Housewives of Orange County in a heartbeat if it would fix her relationship with her estranged daughter, Sidney Barney.

Tamra Judge, 52, appeared on Watch What Happens Live Tuesday and shared that she would walk away from the Bravo reality series if it meant she could repair her relationship with her daughter.

“If your daughter asked you to quit the show to have a relationship with her would you do it?” Cohen, 51, asked Judge on the show. “Without hesitation, she swiftly responded, “Yes. Yeah, absolutely.”

The mother daughter relationship became strained after Tamra divorced Sidney’s dad, Simon Barney in 2011. Though the former pair were legally granted equal custody of their three children (Spencer, 18, Sophia, 13, and Sidney, 20), upon their split, Judge relinquished custody of Sidney after she chose to live with Simon full-time.

Last year, Tamra Judge shared heartbreaking details about the rift, “text [Sidney] probably once a month” to “tell her I love her, my door’s always open to her, and I hope life’s treating you well.” However, Sidney Barney never responded to the touching texts.

As reported, Sidney accused her mother of violating her privacy by repetitively posting about her on social media and their broken relationship. In 2017, Sidney revealed in a lengthy social media post, when she agreed to let her mother join her at her graduation, she gave her a few conditions, which included not posting anything on social about the big day. But Tamra posted photos from the event and Sidney fired off a blistering rant on Facebook.

“All I asked was that she remains cordial with my father and my stepmom and to not post anything about my graduation, anywhere,” Sidney wrote. “Not even two weeks after I graduated she posted a photo of me and shared it with her one million followers knowing that it would get picked up by the press. The one thing I asked and have been asking for 4 years now has been to not talk about me because I don’t want to be in the spotlight.”

During The Real Housewives of Orange County season 12 reunion, Tamra Judge described her decision to post the photo as “stupid,” adding that she only did it after Simon had posted pictures from the graduation that didn’t include her — a move that caused tabloids to report that Judge wasn’t invited.

“I was just so hurt, I was so hurt,” she said at the time. “There were so many horrible stories that were coming out, and I was impulsive.”

Despite the disconnect with Sidney, Tamra Judge’s relationship with her other three children remains solidly in tact. Her youngest daughter Sophia, recently told her mother that she wanted to appear on the Bravo reality series. In April, Tamra revealed that she and Sophia “begged” Simon to let the teenager appear on the show, but he would not allow it.