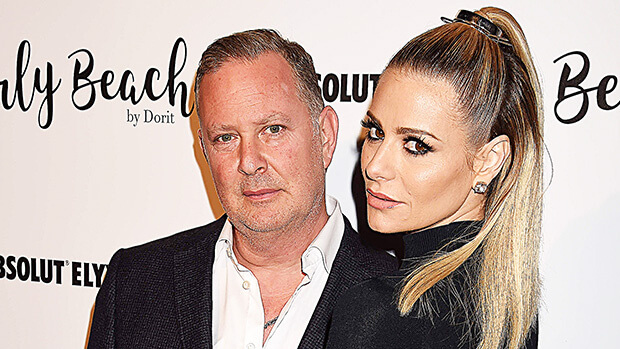 Paul “PK” Kemsley is begging a judge not to seize bank accounts he shares with his wife, Dorit Kemsley!

The pressure is mounting for Real Housewives of Beverly Hills star Dorit Kemsley’s husband as he battles Nicos Kirzis’ attempt to collect $1.2 million in an unpaid loan.

As reported, Paul “PK” Kemsley owes $1.2 million to a man named Nicos Kirzis, who is currently trying to collect on the money. Mr. Kirzis was successful in seizing $29,634.10 from one of Dorit Kemsley’s bank accounts shared with PK. She originally tried to claim the money was her sole property.

Mr. Kirzis has been trying to seize money from all accounts tied to Paul “PK” Kemsley, which includes international accounts in the UK. Mr. Kirzis believes PK has been hiding money in another of Dorit Kemsley’s bank accounts.

Mr. Kirzis has filed a petition to order the money in all of Dorit’s bank account be turned over.

PK claims the $1.2 million was discharged in a UK bankruptcy he filed in 2011.

In regard to Dorit Kemsley’s account, PK says there is no evidence he deposited money into it. He says Dorit can’t be liable for debt he incurred prior to their marriage. He adds, “Here, the Kirzis notes were incurred in 2011, Mr. and Mrs. Kemsley were married in 2015, and Mrs. Kemsley’s earnings have always been kept in a separate account with no commingling with any community property.”

PK says, “Accordingly, as the Court agreed earlier, Mrs. Kemsley’s earnings are not liable for the Kirzis debt.” The case is ongoing.