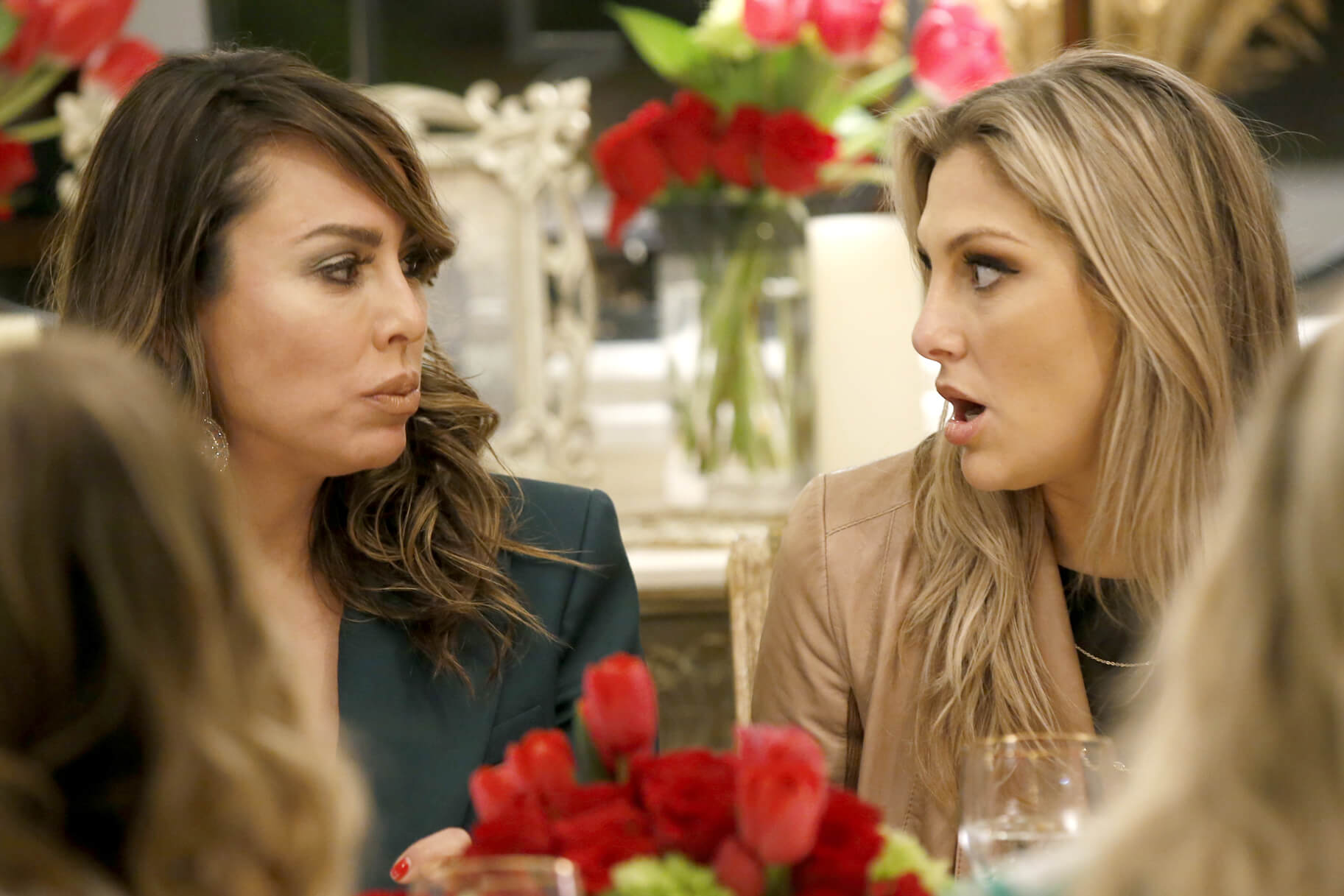 Kelly Dodd is feeling the heat after lashing out at her Real Housewives of Orange County co-stars during a recently aired cast trip.

Gina Kirschenheiter is speaking out after Kelly Dodd assaulted her during the spa getaway in Arizona.

The Real Housewives of Orange County star opened up about the disturbing incident and how she felt the moment Kelly Dodd struck her in the head, “I mean, that was rough for me. It was a tough moment for me. I saw red, I’m not gonna lie… it took a lot of strength for me to walk away. That’s all I’m gonna say. That was tough.”

Gina continued, “But I knew, I was like, I gotta get out of this room. I have to get out of this situation, nothing good is going to come from this. But I felt violated. And I couldn’t believe it. That she had crossed this line already with someone else and then she’s just going to go and do it again, how disrespectful.”