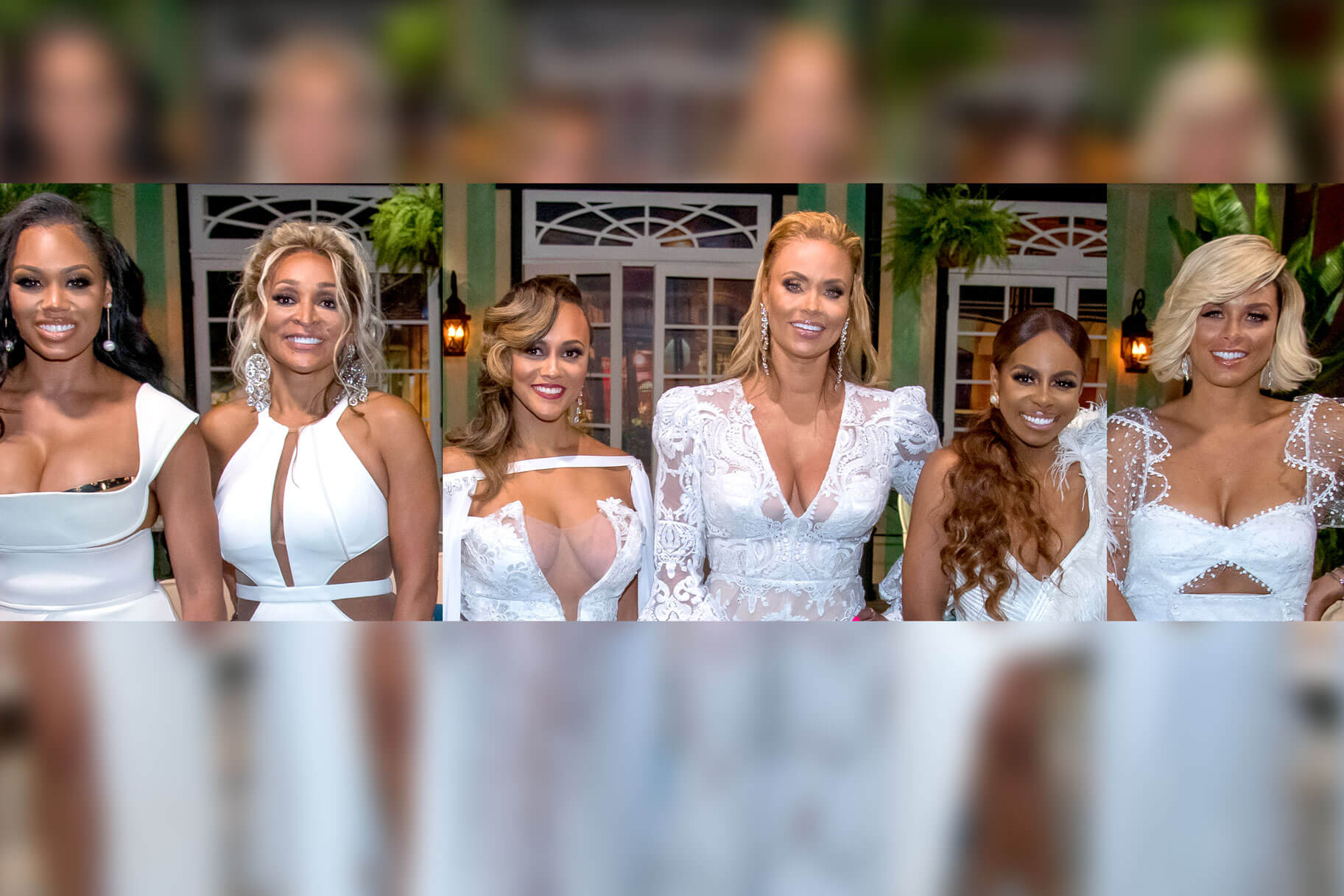 Bravo has released The Real Housewives of Potomac season 4 reunion trailer and Michael Darby’s feet will be held to the fire over his sexual assault allegations.

The three-part reunion will air part one on September 15 and will feature Gizelle Bryant, Karen Huger, Robyn Dixon, Monique Samuels and Candiace Dillard Bassett questioning Ashley Darby’s husband about the sexual assault charges brought against him by a cameraman.

“You asked me straight up, ‘Do you think it happened?’ And I said, ‘Uh, yeah!’ ” Gizelle says. “Michael Darby squeezing ass!”

As exclusively reported, Ray Huger verbally annihilates Michael Darby over his ‘booty bandit habits,’ AllAboutTheTEA.com can exclusively confirm. “Ray went after Michael [Darby]. He did not let him off the hook because the charges [sexual assault of a cameraman] were dropped. He exposed all of Michael’s booty bandit habits and it was a moment. “Ray is king of the reunion.” A source said.

“Usually when you bump into someone you say, “Excuse me, I’m sorry,’ ” Chris says.

But according to the Australian businessman, he’s totally innocent — “You don’t know what you’re talking about, as usual.” And Ashley remains as loyal as ever, biting back at the ladies for talking “so much trash about my husband.” “There are a lot of things that you don’t know,” she says.

Ashley spent a lot of time defending Michael Darby against the now-dropped sexual assault charges at the reunion. “She kept pushing the fact that his charges were dropped. But everyone in production and the cast knows he’s guilty. No one believes him.” A source revealed to AllAboutTheTEA.com. As reported, cameraman Orville Palmer was the victim of Michael Darby, who “grabbed and groped” his butt “several times” while filming an episode of the Bravo series on September 1. In a statement to police, Orville Palmer wrote, “I was operating the camera filming for the TV show Real Housewives of Potomac. As I walked out to the pool patio area, Michael Darby grabbed and groped my butt several times. As I turned around he smiled and gave me a flirtatious look.”

Candiace Dillard’s mother, Dorothy Dillard, also makes a brief cameo along with the purse she used to hit Candiace upside her head. You can read that tea here. “I didn’t hit her Andy,” Dorothy says. “Her head bumped into my purse!

Press play below to watch a preview of the action — and tune into RHOP season 4 reunion part one on September 15 (at 8 p.m. ET), on Bravo.

Share your thoughts on the upcoming Real Housewives of Potomac reunion. Sound off below!