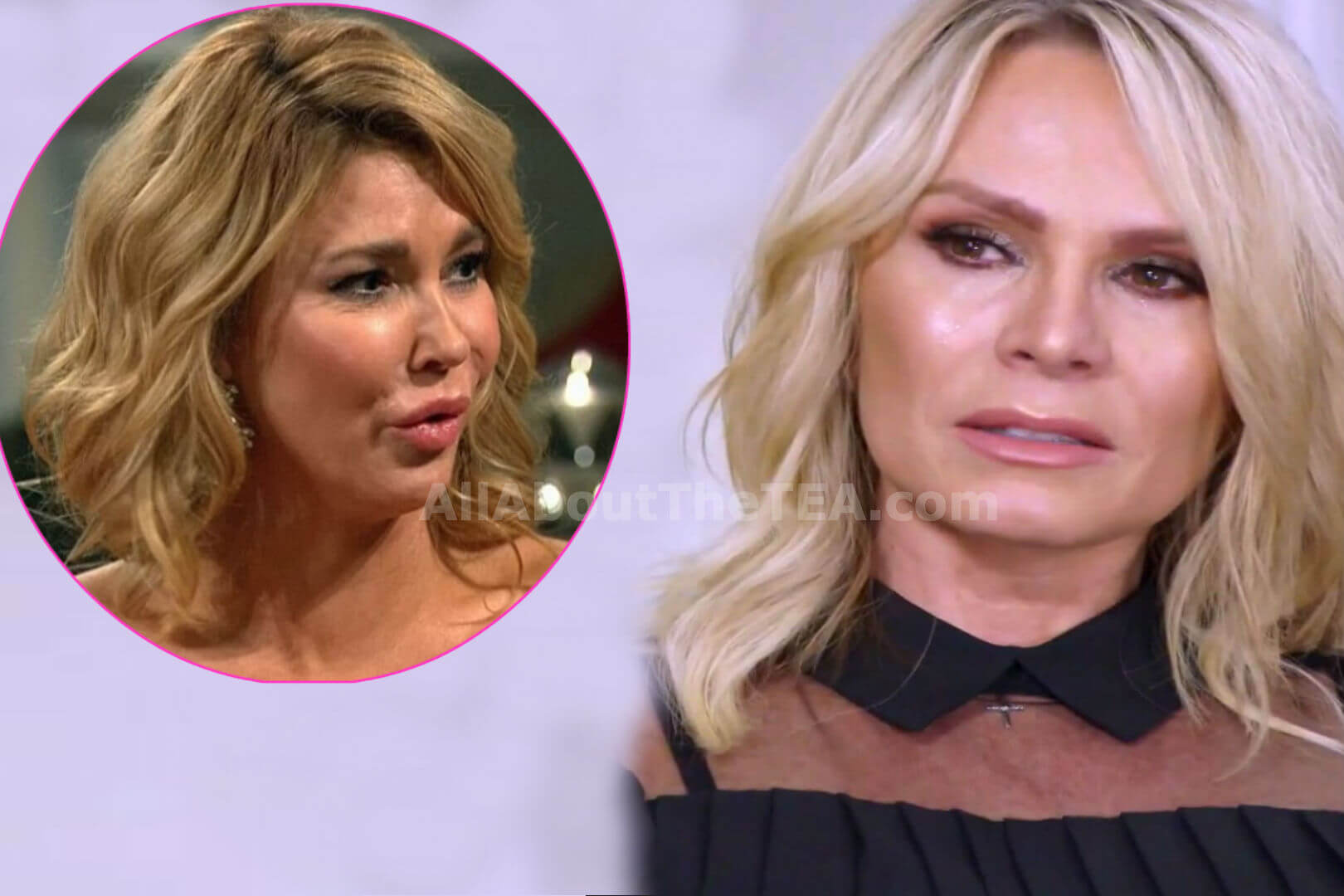 Brandi Glanville and Tamra Judge are at war over Kelly Dodd’s sex train and the reality divas went head-to-head on Twitter over the weekend.

The Real Housewives of Beverly Hills alum fired the first shot writing, “I have much to say on the toxic trick that is Tamara but I’m going to enjoy my holiday wknd first & address it on my next you tube episode ??C–T f–king wait!”

The Real Housewives of Orange County star quickly clapped back, “looks like someone needs a little attention. Who knew saying ‘kelly is the new Brandi’ she’d lose her shit. It’s not like I called her a hypothetical a–hole . #calmdowngirl #attorneywatching #heresyourattention #takeitallin.” 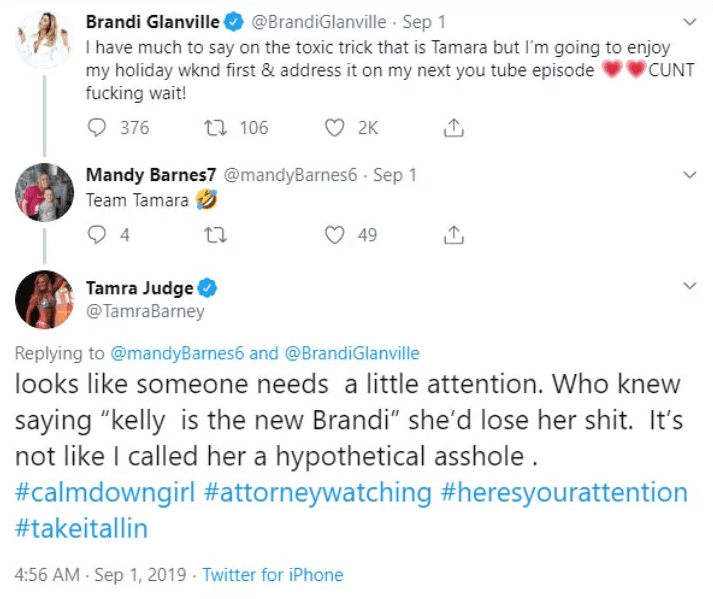 A few days prior, Tamra Judge threw stones at Brandi Glanville when she called Kelly Dodd “the new Brandi” on Instagram following the Tuesday, August 24, episode of BHOBH.

Brandi snapped back at Tamra’s tweet, which sparked more banter between the two. “So predictable! Cowards throw a stone and then hide behind their bank accounts so you can’t actually respond to them!”

“Sweetie you thre the stone,” Tamra responded, to which the “Drinking and Dating” author replied, “Honey, how? Because I think your Meh-ssy?? Babe your loud ,predictable and uninteresting. Its just a fact no stones thrown?” Not backing down, Tamra hit back with a read, “You’re on YouTube and the queen of messy , you can’t even keep it interesting on reality TV.”

Brandi then attempted to end the fight, writing, “Im drinking and tweeting so I am going to go, before I go low.”

Glanville got in one last jab — but this time at herself. “Ok I digress,” she wrote. “Apparently I am a ‘Hypothetical’ asshole.”

“Lots of people are questioning why the 4 of us would talk about something private on camera then say ‘this lies and dies here’. The absolute truth is we were done filming, not mic’d and had a private conversation (lot of it missing) between 4 friends,” the Cut Fitness owner wrote in defense on Friday. “We had no idea our audio was being recorded, that’s why you don’t see our faces. #RHOC ? thank you @shannonbeador for bring out the truth ❤️.”

Share your thoughts on Tamra Judge and Brandi Glanville Twitter spat. Whose side are you on? Sound off below!