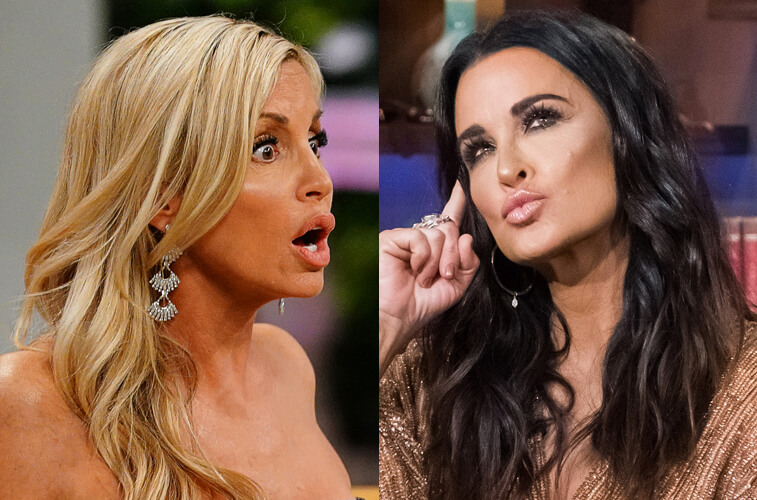 Camille Grammer took to Twitter on Thursday to reveal that she won’t be back for The RealHousewives of Beverly Hills 10th season, and confirmed that her her former co-star, Kyle Richards, is responsible for her exit. 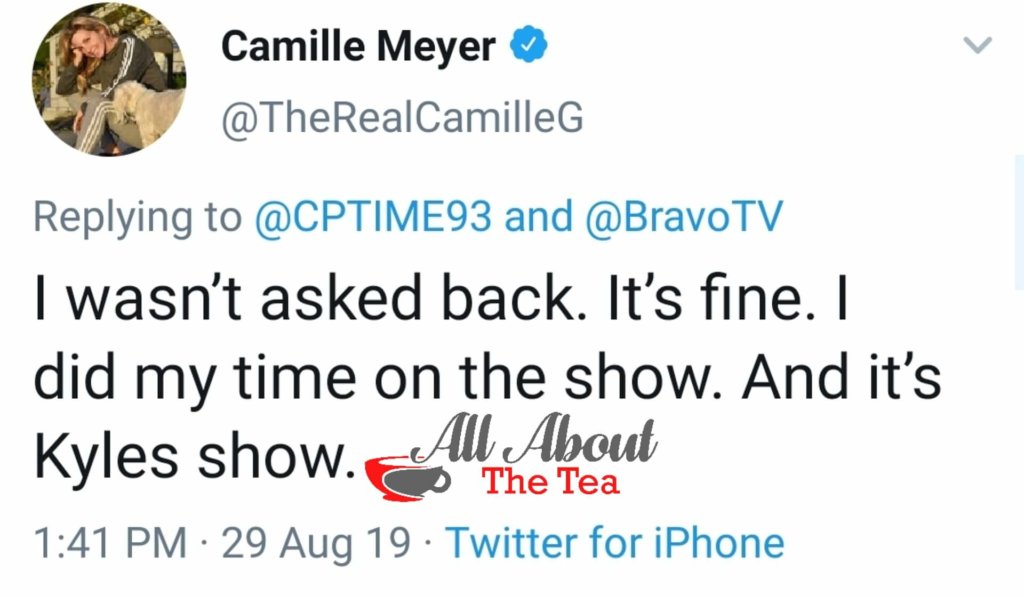 She continued and made it clear that she had no interest in returning to the Bravo reality series after her dramatic experience at last season’s reunion. “I’m really fine. After the reunion, I didn’t want to come back. It was an awful experience.” She then responded to another fan who suggested Kyle was behind her not being asked back. 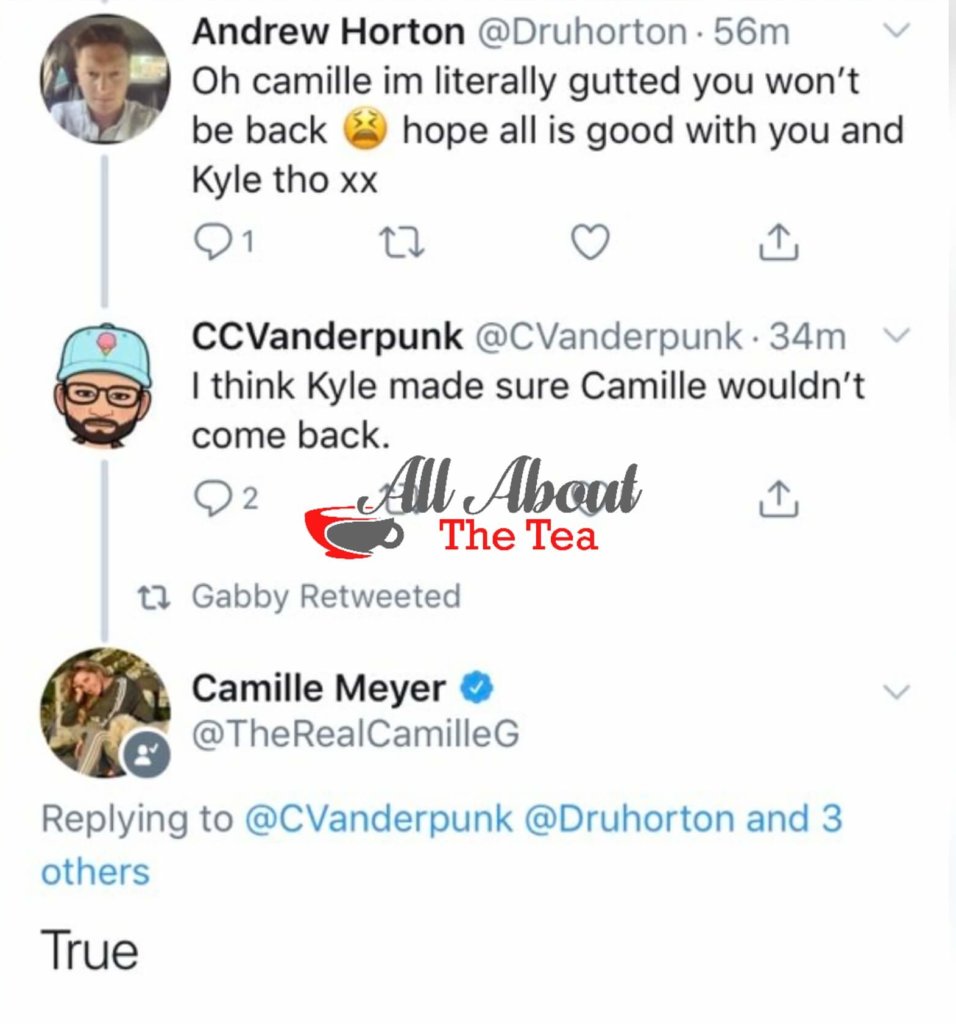 Kelsey Grammer’s ex-wife endured a rough season — having conflict with many of her RHOBH costars — especially during the explosive season 9 reunion.

Camille got into heated exchanges with several of the ladies and eventually stormed off the set. She was accused of flip-flopping and  standing by Lisa Vanderpump amid her feud with the cast. Camille outed Kyle Richards for slamming Lisa Vanderpump’s alleged “bad breath” when the cameras were not there and Kyle fired back for outing her alleged off-camera comments.

“Camille, that’s such a f***ing low blow. We’ve all said things privately about each other. I would never out you, if I did right now it would be a very bad situation!” Richards said.

Lisa Vanderpump left the show at the end of season 9 and newcomers, Garcelle Beauvais and Sutton Stracke, will join the cast for season 10. The new Housewives will join veterans Kyle Richards, Lisa Rinna, Denise Richards, Dorit Kemsley, Teddi Mellencamp and Erika Jayne on the Season 10 cast.

The RealHousewives of Beverly Hills Season 10 will premiere in 2020.