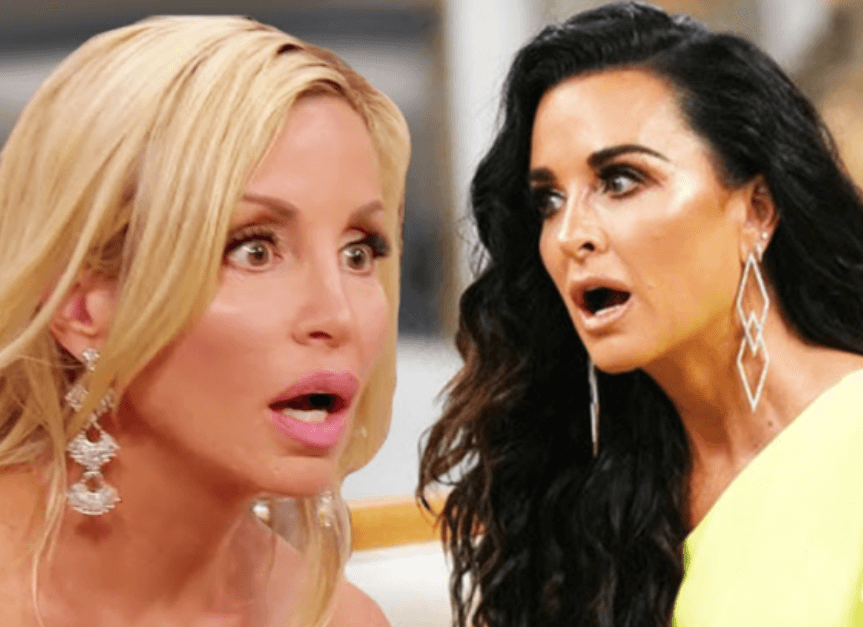 Kyle Richards took to Twitter to address Camille Grammer, who accused her of badmouthing all her Real Housewives of Beverly Hills costars behind their backs, on Tuesday night’s reunion part two.

As fans know, most of the cast of the Bravo reality series has alienated Camille Grammer after she declined to participate in their Lisa Vanderpump hate campaign.

In a series of tweets, Kyle went off on Camille after the reunion aired — accusing her RHOBH co-star of coming into the reunion ‘guns blazing,’ contradicting herself and seeking support from LVP trolls. Additionally, Kyle claims if she spoke ill of her costars Bravo would have aired it.

Whose side are you on — Camille Grammer  or Kyle Richards? Sound off below!