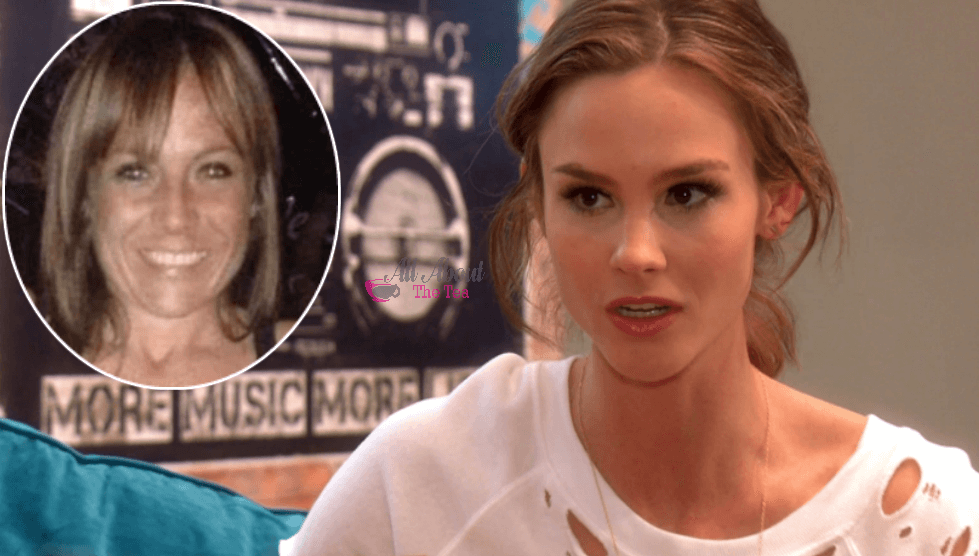 Meghan Edmonds is sticking by her man and going after his former mistress!

As exclusively reported, Jennifer Villegas is baseball madame at the center of Jim Edmonds’ cheating scandal.

The Real Housewives of Orange County alum has been on a press tour this week and in a recent interview she describes Jennifer Villegas as ‘gross’ looking and that’s how she knows her husband didn’t engage in a sexual affair.

‘The second I saw her photo I saw she was disgusting. I saw how gross she was and I knew, “All good.” Meghan tells the Daily Mail. ‘I knew he would never touch her. That helped me. Then I knew it was just a sexting thing. The pics she sent him were all highly filtered and she had sunglasses on, body parts were altered. It was all very sex related.’

The mom of three says she is determined to save her marriage and her family — especially for one-year-old son Hart who has brain damage.

‘We’re still married, we’re still together, we’re not separated. I know my engagement ring is well known! I’m still wearing it. I’ve never stopped wearing it. ‘We’re in the family home, we’re in the same bed. We’re not having therapy, we’re talking.’

‘His brain damage is not progressive,’ she said. ‘We don’t yet know how it will affect the rest of his life, like speaking in sentences or his physical abilities.’

‘I’m just hoping that all the early intervention stuff we’re doing now is going to help him and by kindergarten he won’t be doing any more therapy at all. He will essentially have grown out of his diagnoses.’ 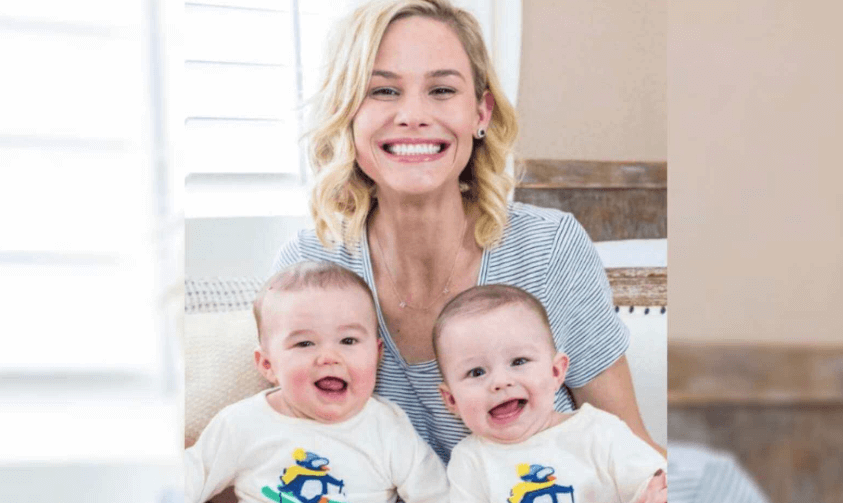 She claims that she found out about the affair news from a stranger online.

‘A person I don’t know forwarded me a link on social media. I clicked on it and read it.

‘When I read it, I had a feeling, I knew in my gut there was truth to it. I was shocked and I took a shower.

‘I’d never experienced a turmoil of emotions like it; I felt overwhelmingly alone and sad.

Then detailed how she confronted Jim about the affair.

‘We were still a normal, married couple. Physically, nothing was missing from our relationship. Jim was in New York working. We FaceTimed and he came clean and told me everything.

‘He was extremely emotional, crying and remorseful. He wanted to fly straight back to be with me but I told him that I did not want him to do that until he had finished working, so that’s what he did.

‘When he was back it was like I was having two separate emotions. On one hand I was so sad and hurt and on the other, he is my best friend in the world and the only person I want to be with at a difficult time. It was confusing.’

She said: ‘I felt at the time that those revelations would be the tip of the iceberg, that a lot more would come out. I was actually very scared, too.

‘But as we talked I just wanted to get everything out, get the truth out and start to build.

‘There turned out to be a lot less to come out. There was no physical relationship. He only met this other woman when she stalked him one time.

‘This woman is a con artist. She’s gone after so many baseball players. She was out to get some money and she got it, then she was on to the next one.

‘It was a baiting kind of thing. She would do that and move on. Believe me I am still mad at him but once I figured that out, what she was like, I was able to pull our family together. It actually made it more bearable.’

As previously reported, Jennifer Villegas explained to AllAboutTheTEA.com that Meghan was aware of the affair sine last year (September 2018) — despite denying knowledge of the mistress prior to June 13.

Meghan claims her children sensed something was wrong in the home.

‘They picked up on the anxiety in the house. I’m an open book and I think it is important to be open and honest with the whole family but on an age appropriate level.

‘The second I saw her photo I saw she was disgusting. I saw how gross she was and I knew, All good.’

‘She told him that they had met in the past. She made up some story about how he helped her ten years ago by carrying some stuff to her car or something.

‘Then she wanted to know about his workouts then the naked pictures started coming. They never met ten years or so ago either, that was a lie.

‘I can’t relate to somebody like that because I’m not immoral.’ She added: ‘You know what, she doesn’t really mean anything to me. She’s just like a function of my husband’s bad decision.

‘I don’t want to think about her and I have nothing I want to say to her. Do I feel deep emotion about her at this point? No.’

Despite threats at the time of the revelations in June to go to the FBI, Meghan says she has not reported Jennifer to law enforcement.

According to Meghan, she’s focusing on her husband and children not the mistress.

‘Other people might have gone to the FBI about her but not me, I am concentrating on my marriage and my children.’

However, Villegas filed a police report on June 17 against Meghan — accusing her of harassment and threats against her family. In the police report obtained by AllAboutTheTEA.com — Villegas details receiving multiple texts and phones calls from the mom of three starting in September 2018.

Meghan says time is going to be the main way they rebuild their relationship and support of family.

‘Time, time, time,’ she said. ‘With each passing day trust will rebuild, just like in any relationship that has been hit hard.’

‘My faith helps me with everything and I have family here in Missouri. I pray that things get back to what it was like before but better. We don’t want things to be the same or worse. We only have one place to go and that’s better. In a marriage when there’s a fight or an indiscretion, nobody wins if they leave. If I left, I wouldn’t win. I don’t win by staying. The only way to win is to work through it. It’s not about right or wrong because everyone is hurt. I’m a mom, that’s my strength and I need it. With fame, I’ve discovered the highs are very high and the lows are very low. I have had support from the housewives but my main support network are my close friends and family here in Missouri. My family is the ultimate example of a loving, supporting family and they know how to support my husband and I as a unit without condemning his actions. Jim has to go away and work and at least he’s on TV so I know where he is! I’ve just got to have faith that he’s not going to screw up. But I know he’s not going to screw up. He really wants to make this work.’

Jennifer Villegas told AllAboutTheTEA.com tells exclusively, “I want to make a few things very clear — I never set anyone up, blackmailed anyone nor have I attempted to ruin anyone’s family. All my relationships have involved two consenting adults. I made a poor decision to enter a relationship with a married man, and for that I am sorry.”

She further stated, “Recent allegations labeling me as an extortionist are false.”

AllAboutTheTEA.com broke the story on June 13, 2019 — exposing Jim Edmonds sent naked penis photos and videos pleasuring himself to Villegas on the same day Meghan gave birth to the couple’s twins.

Comments
Gina Kirschenheiter’s Estranged Husband Gets Supervised Visits With Kids & FIRED From His Job After Choking and Dragging His Wife!
‘RHOC’ Star Tamra Judge Says She’s DONE With Kelly Dodd & Will ‘Never Speak’ to Her Again After This Season!
To Top