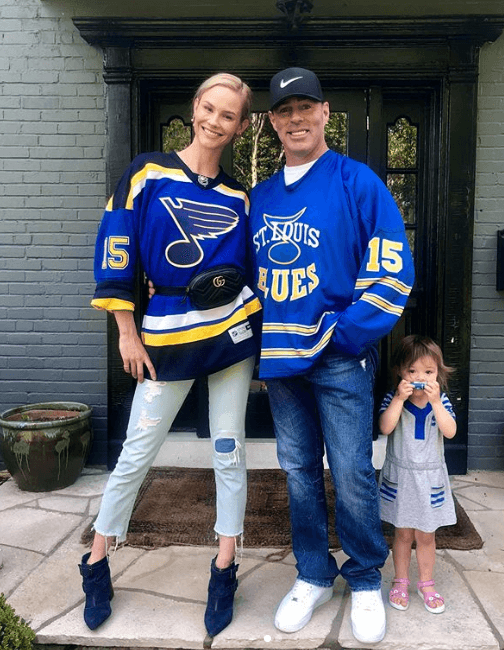 Just two weeks after AllAboutTheTEA.com exclusively broke the news of Jim Edmonds cheating on Meghan Edmonds while she was pregnant — the couple have seemingly reconciled.

On Thursday, Meghan took to Instagram Stories to inform her 937,000 followers that Jim’s not a “saint but Saint (San) Diego is helping” the couple “find” their “way.”

Last week, the Real Housewives of Orange County star fueled speculation about divorce when she was spotted not wearing her wedding ring.

Most recently, Meghan and Jim came together to support their 1-year-old son Hart as he had an MRI performed after the family became concerned that he might have a neurological disorder. “But mommy and daddy’s best part is the results,” Meghan captioned one photo of Jim holding Hart, suggesting that the prognosis for their son was a positive one.

The woman Jim Edmonds admittedly had an “emotional affair” with was exclusively identified by AllAboutTheTEA.com as Jennifer Villegas, 34. The former mistress claims that she’s now being harassed by Meghan.

On June 17, Villegas filed a police report against Meghan — accusing her of harassment and threats against her family. In the police report obtained by AllAboutTheTEA.com — Villegas details receiving multiple texts and phones calls from the mom of three starting in September 2018.

As previously reported, Jennifer Villegas explained to AllAboutTheTEA.com that Meghan was aware of the affair sine last year (September 2018) — despite denying knowledge of the mistress in her lengthy blog post about the infidelity.

AllAboutTheTEA.com broke the story on June 13 — exposing Jim Edmonds was sending naked penis photos and videos pleasuring himself to another woman — while Meghan gave birth to the couple’s twins.

Keep in mind that Meghan found out about Jim’s infidelity last year, so she’s had plenty of time to process the enormity of her husband’s adultery.

Tell us what you think about Meghan Edmonds reconciling with Jim. Do you think Jim will cheat again in his marriage?