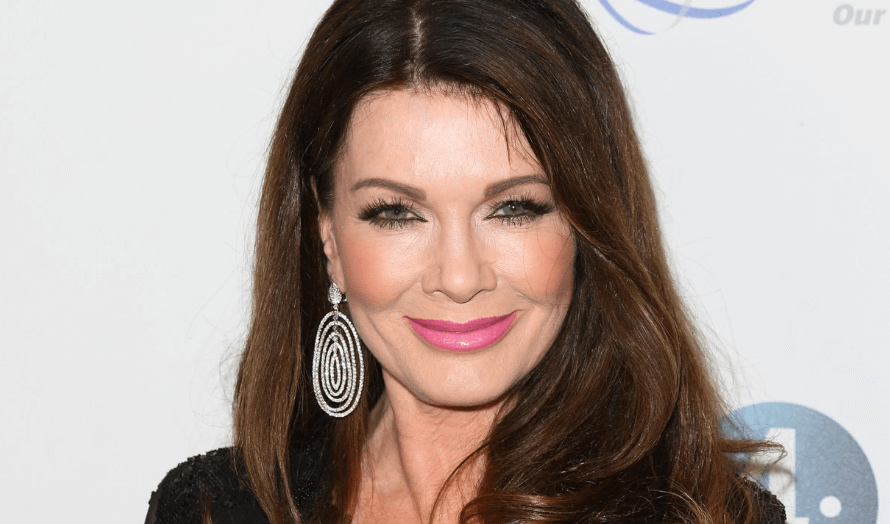 Lisa Vanderpump is ready to cut ties with her Real Housewives of Beverly Hills  costars on social media, after quitting the Bravo reality series.

One day after skipping the Real Housewives of Beverly Hills season 9 reunion, the restaurateur responded to a fan on Twitter — making her feelings about her co-stars crystal clear, “@LisaVanderpump you no longer have to follow the bitches of BH! Unfollow so you don’t see their nastiness anymore,” a Twitter user wrote to the SUR owner on Thursday, June 6. “Move on! #RHOBH.” 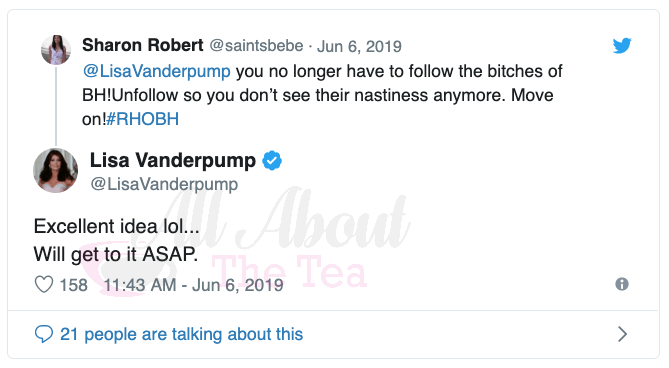 Lisa Vanderpump responded to the fan, writing, “Excellent idea lol… Will get to it ASAP.”

“What does it say about 5 women plotting and attacking 1 emotionally fragile women on TV and SM [social media] for 10 months?” the tweet shared by Vanderpump read. “Smart people walk away from that. It’s time they rode their own coat tails and get off LVPs. What will they talk about w/out story lines? Toe nails?”

“I think they’ve made it pretty impossible for me to go back frankly,” Vanderpump told DailyMailTV on Tuesday.

None of the ‘RHOBH‘ cast have commented on Vanderpump’s departure from the show but they all dined at Craig’s in West Hollywood after filming the reunion on Wednesday.