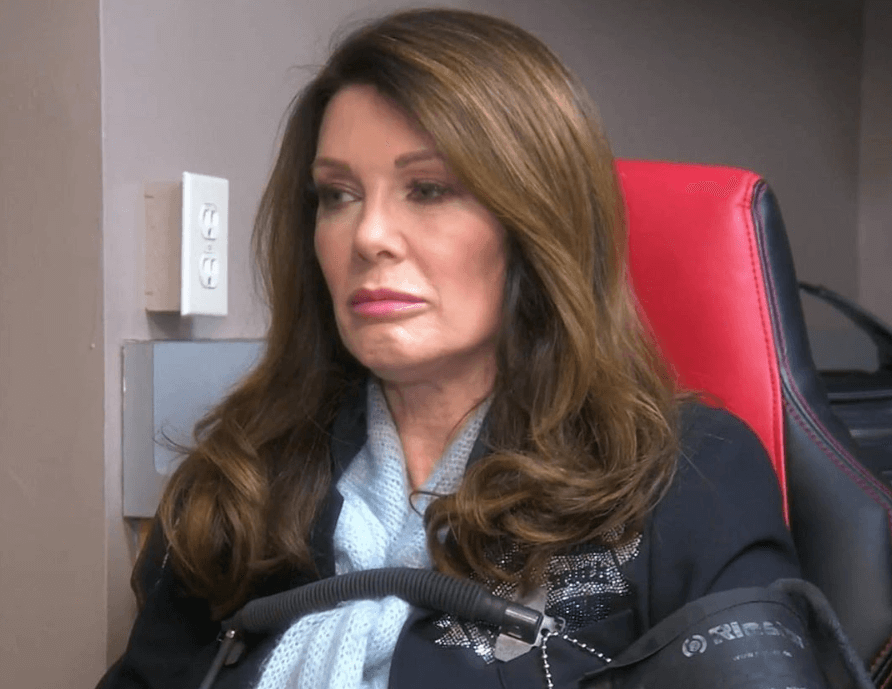 On the May 21 episode of The Real Housewives of Beverly Hills, Lisa Vanderpump took a lie detector test to prove once and for all that she did not leak #PuppyGate to the press.

The episode opens with the OG housewife hooked up to a polygraph machine, answering questions written by Vanderpump Dogs employee, John Sessa. The questions included: “Do you think Dorit‘s face has changed in the last year as much as her accent?” Vanderpump answered, “She’s had a head transplant.” Next question, “Have you ever given a story to Radar Online about Dorit Kemsley abandoning her dog to a shelter?” Vanderpump responded, “No.” Another question, “Do you know who gave a story to Radar Online about Dorit abandoning her dog? Vanderpump answered, “No!” The polygraph expert then asked, “Do you think you will ever forget the hurtful accusations made by your close friends? She answered, “No.” Next question, “Do you believe these women, who have accused you of giving a story to RadarOnline, are your true friends? Vanderpump gave a firm, “No.”

?? @lisavanderpump ‘I don’t know what I’m gonna do with these results. Maybe I will just keep them in my back pocket and maybe shove it up their ass if ever I come across them just to prove you bunch of assholes are barking up the wrong tree.’ #RHOBH ? #realhousewives #beverlyhills #realhousewivesofbeverlyhills #90210 #bravotv #confessional @bravotv @evolutionusa

A post shared by Real Housewives Beverly Hills (@therealhousewivesofbh) on May 22, 2019 at 7:14am PDT

Once the test was completed, Vanderpump told the test administrator that she was nervous and would be willing to retake it. But she was assured after the expert shared the results with her, “It says there is zero chance that you are lying about any of the questions of importance.” The examiner responded to Vanderpump. She passed with flying colors. She’s unsure if she plans to share the results with her co-stars, who accused her of being a manipulative liar.

“This is not even normal behavior,” Teddi Mellencamp chimed in. “Lie detector tests aren’t even accurate!” They all were in agreement that LVP taking a lie detector test was overkill and dismissive of her efforts. Teddi went as far as bringing a serial killer into the drama, “Ted Bundy passed a lie detector test.” so regardless of what LVP does, nothing will change their minds that she’s behind exposing #Puppygate to the press.

The Real Housewives of Beverly Hills air Tuesdays at 9pm on Bravo!