Tuesday night’s episode of The Real Housewives of Beverly Hills revolves around Kyle Richards, Lisa Rinna, Dorit Kemsley, and Teddi Mellencamp get wild at the LA stop of Erika Jayne  concert tour, but a major mishap threatens to silence the show. Also, Camille Grammer invites Lisa Vanderpump to her Hawaiian wedding, and finds another opportunity to criticize Teddi. 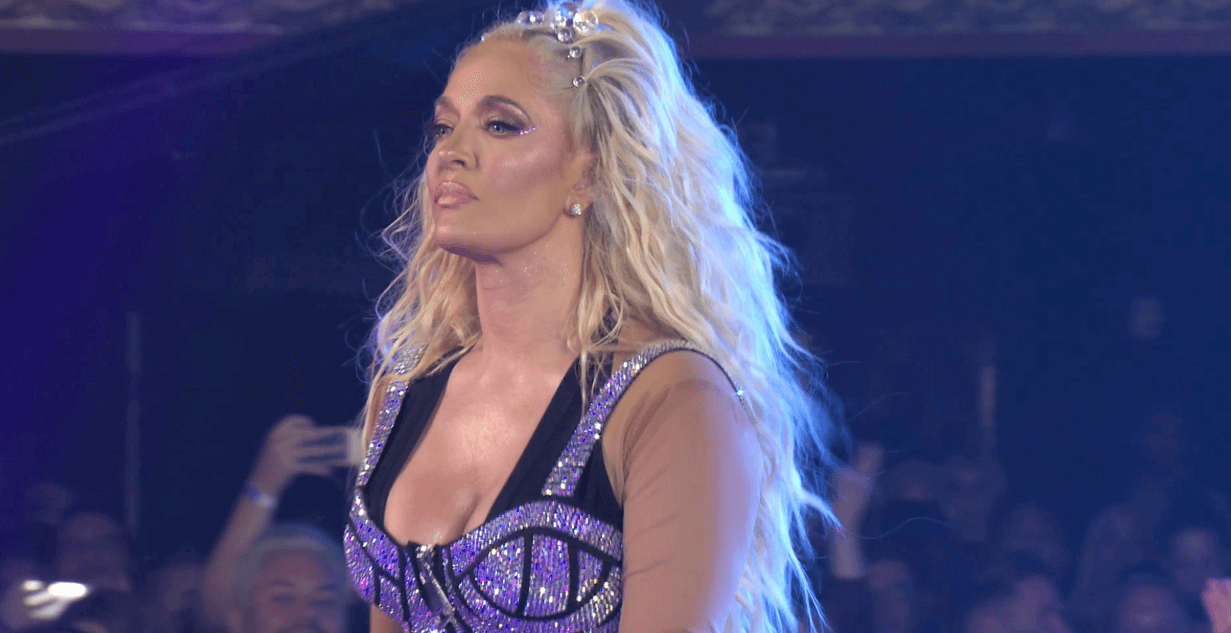 Denise Richards didn’t attend the performance because she’s filming a TV show in Miami. Camille and Vanderpump were also absent. Vanderpump wasn’t there for obvious reasons.

Camille Grammer ventured over to Villa Rosa to meet with Lisa Vanderpump. The two discussed the end of Vanderpump’s friendship with longtime BFF Kyle Richards, and rehash the puppy gate nonsense.

“They’re all trying to make me feel like I’m a horrible person,” Vanderpump told Camille. “What am I supposed to do? Take a lie detector test? Is that what they want me to do? I don’t need that in my life.”

Vanderpump was in good spirits as she joked about Camille’s ginormous engagement ring, “Diamonds are a girls best friend,” Vanderpump said that diamonds are sometimes “better friends than your friends.”

“You know, those girls can be…” Camille said as Vanderpump interjected, “Yeah. They’ve been horrible. Horrible. And I don’t want to include you in that at all. Not at all.”

“If you were to come to my wedding — which, you know that I would love for you to be there — I would want you to feel comfortable within the group,” Camille said. “Of course I want you there, so will you come?”

Vanderpump politely declined the invite, “I’ve always cared about you, you know that,” she said solemnly. “I just — I can’t make the wedding.”

Camille attempts to be genuine and sincere but was disappointed in LVP’s response — Camille says she would hate for Vanderpump to feel “all this pressure from the ladies” at an event that should be joyous for everyone.

“Well, you can invite me and cancel everyone else!” Vanderpump quipped.

“As much as I want to see Camille get married, I’m not gonna put myself in that situation with them all against me,” she said in a talking head confessional. “Let the Real Bitches of Beverly Hills go on their own.”

“I wish there was a way I can help make this better, but I don’t know how to. I care about you and Kyle. We’ve been around each other for a long time. And there’s some girls that I’m still getting used to that are still new to the group…” Camille responded.

“You’re upset with the girls? What do you mean?” Vanderpump inquired. Camille brought Lisa up to speed on her beef with “know-it-all” Teddi.

“There’s a lot of love between you and a lot of these girls,” Camille insisted. “Especially Kyle.” 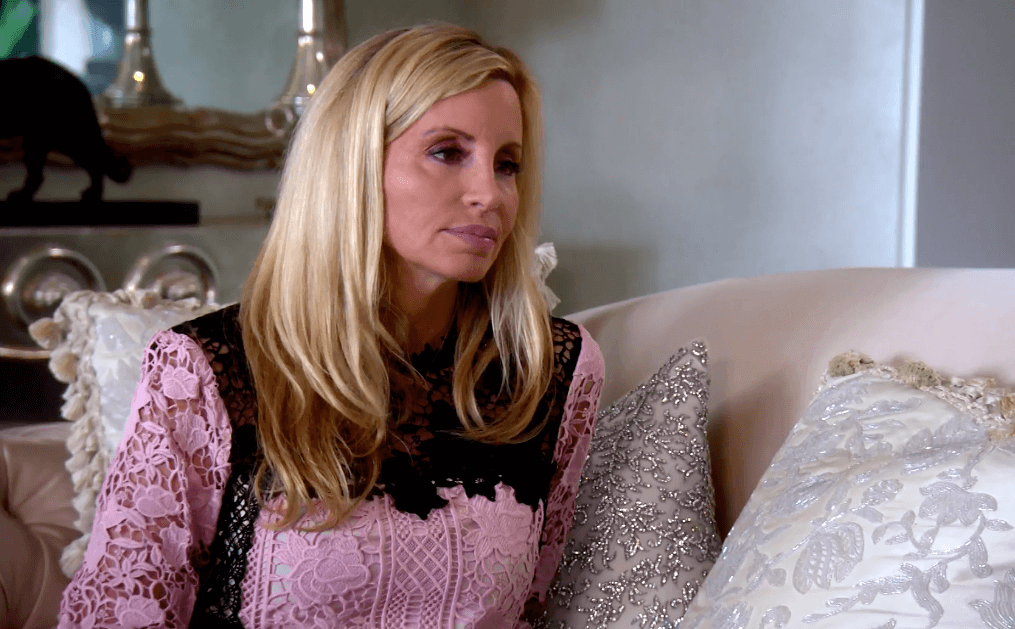 Vanderpump explains that friends don’t call each other liars and she offers to take a lie detector test to prove her innocence.

“What am I supposed to do? Take a lie-detector test? Is that what they want me to do?” she asked.

“How she was when she came around here when she said, ‘I believe them and I don’t believe you’re a good friend and I believe you’re more concerned about your image than your friends,’ I was just like, ‘You might as well have hit me around the face,'” Lisa said. “And I was like, ‘Get out,’ but I also actually meant, ‘Get out of my life.'”

“I’ve been there,” Camille later told the camera. “I’ve had to sit there and have people call me delusional, a liar — and maybe I have more strength than she has because she runs away from it.”

Then in a talking head confessional, Camille says Vanderpump is acting like a “victim” in the beef with the other ladies.

“Lisa’s never been a victim,” she added. “She doesn’t live her life like a victim, but she’s behaving like she is one. It’s sad to see. This is not the Lisa that I knew. The Lisa that I knew would show up. What she’s doing is she’s running from everybody. It’s almost like this immature girl hiding from the truth. Lisa Vanderpump talks the talk, but I wanna see her walk the walk.” 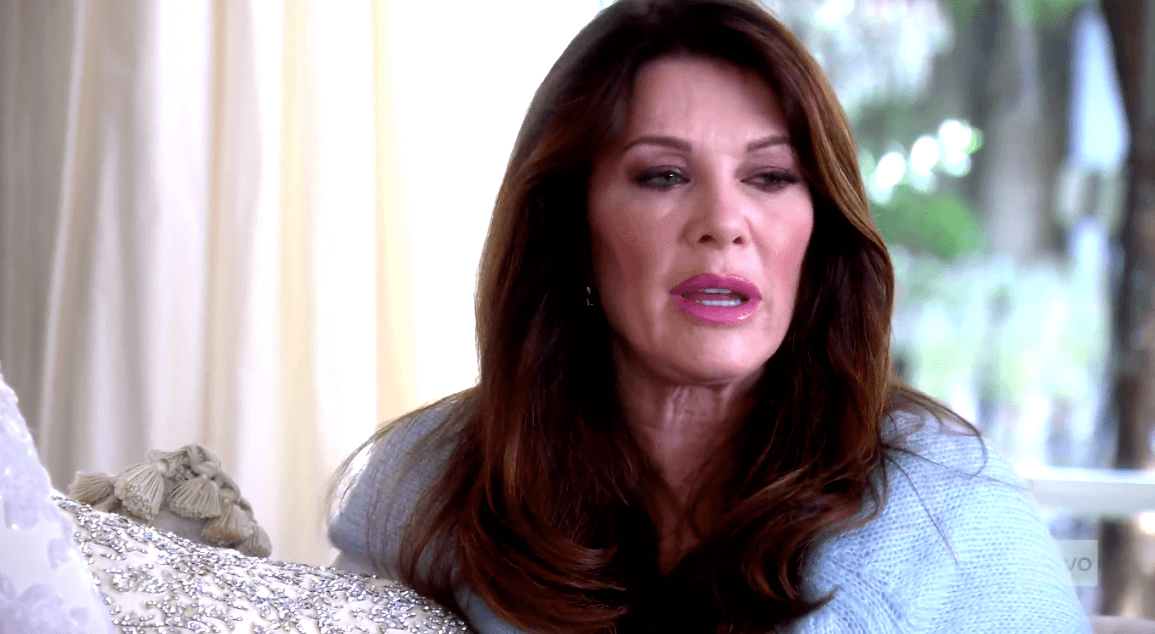 Camille tried really hard to convince Vanderpump that Kyle misses her and their friendship is worth saving, but Vanderpump was not buying anything Camille was selling.

“I think Kyle Richards just enjoyed throwing me under the bus a little too much, and unless she changed her position and apologized, I’ve got no intention of seeing her again,” Vanderpump said into the camera.

Next week on the Real Housewives of Beverly Hills, Vanderpump shuts down all speculation about her feeding Radar Online #PuppyGate by taking a lie-detector test.

The Real Housewives of Beverly Hills airs Tuesdays at 9 p.m. on Bravo.