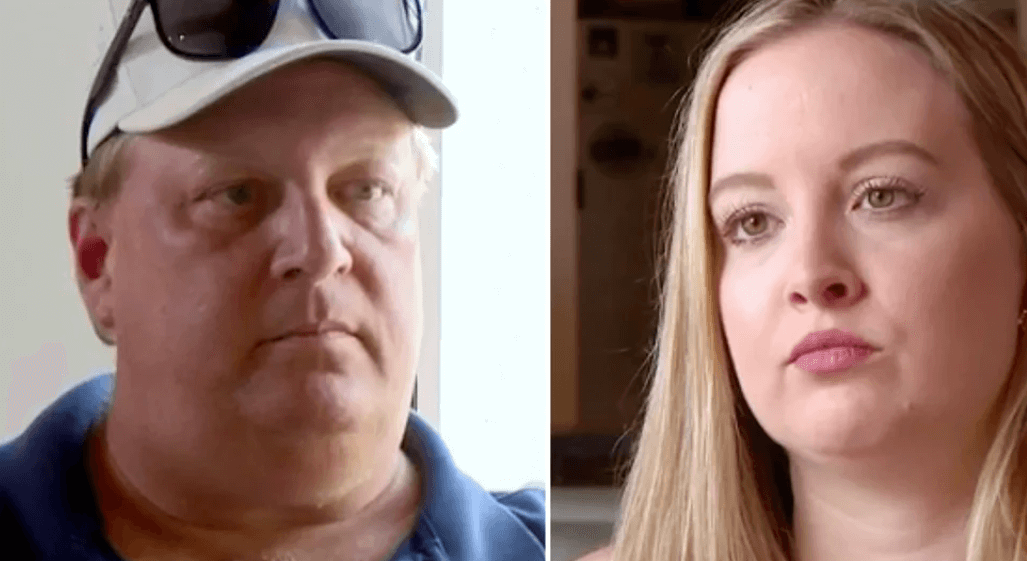 On Sunday’s all-new episode of 90 Day Fiancé: Happily Ever After, Elizabeth Potthast reveals her pregnancy to her father, who quickly calls out her irresponsible decision while not being financially stable.

“I was really shocked with Elizabeth told me she was pregnant,” he says in the clip. “You could have knocked me over with a feather. Just because he came over here, got married, and then knocked up my daughter without any plan in place to support her.”

Elizabeth Potthast’s father is more concerned with the welfare of the child — considering his daughter and her 90 Day Fiancé, Andrei Castravet, do not pay him rent and have neglected the upkeep of his property.

“You guys came to me and said, ‘Hey, we need help, we don’t like being in an apartment, we have two big dogs. You have this house right down the street with a fenced-in yard, can we move in? And oh by the way, we can’t afford to pay rent. Do you mind if we live there for free?’ ” he recalls. “I said, ‘Absolutely, but here’s my condition: take care of the property as if it were your own.’ “

Elizabeth’s daddy says he was disappointed to find the yard unkept during a recent visit.

“You can’t buy a $150 lawnmower and keep the grass cut in a house that you’re living in for free?” he challenges.

“Versus groceries for the week?” replies Potthast. “No.”

But her dad is fed up with the nonsense. “I feel like they’re completely taking me for granted,” he says. “That’s really disappointing.”

We are so pleased to announce the birth of our baby girl! Eleanor Louise Castravet was born on January 23rd, 2019 at 6:13am weighing 6lbs 11 ounces! We thank you all for your love and support during this precious time! 😍🥰👶🏻💕🎀⁣ ⁣ #eleanorlouise #babycastravet #inlove #familyof3 #90dayfiance #TLC #123baby #sheshere⁣ #thankulord #bundleofjoy @andrei19861 @tlc

A post shared by Elizabeth Potthast Castravet (@elizabethpotthast) on Jan 25, 2019 at 10:12pm PST

Watch a snippet of the tense scene below.