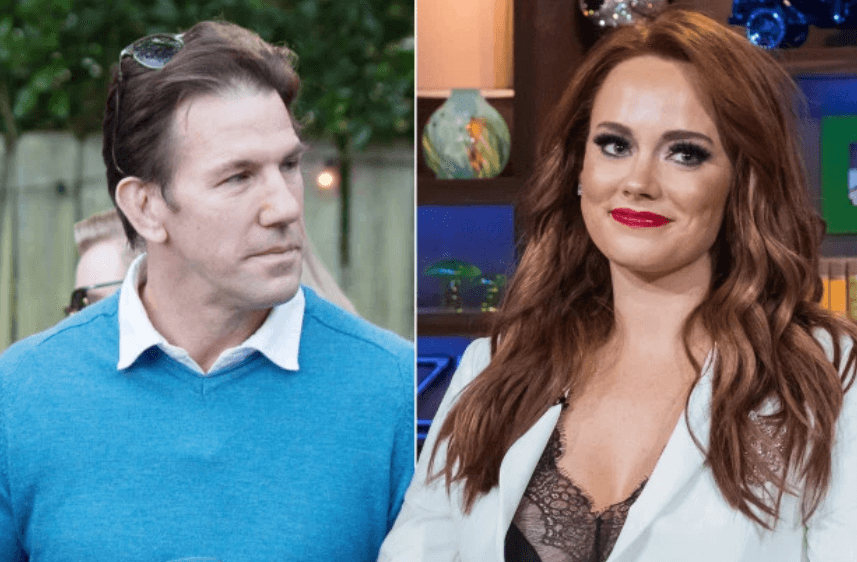 Thomas Ravenel is fighting back against his baby mama Kathryn Dennis’ latest stunt to get full custody of their two children.

As reported, Dennis recently petitioned the court for emergency primary custody, with him only having visitation, and also asked for Ravenel to be restrained from drinking around the kids. Additionally, she wants the court to prevent Ravenel’s on again/off again girlfriend, Ashley Jacobs, from seeing their kids. Dennis also asked for child support above the normal guideline allowed in the state of South Carolina.

In new court documents filed by Ravenel, he accuses Dennis of allowing her new man to care for their kids. Noting that Dennis is currently violating their court order by permitting her boyfriend to sleep at her residence overnight during her week with their kids. Ravenel claims Dennis even lets the boyfriend take care of their kids alone.

The Southern Charm alum also argues that her request to keep Ashley away from the kids is only meant to harass and try to control his personal life, accusing her of having a history of jealousy.

In the docs, he accuses her of disparaging him to their kids by telling the oldest he wanted to hurt and kill their mom.

Ravenel wants the court to deny Dennis’ motion for primary custody and wants her visitation time cut down, along with suspending her visitation completely until her new boyfriend moves out of the home. He says random drug testing may be needed for Dennis as well.

Dennis had her custody stripped  in 2016 after failing several drug tests. She was not awarded joint custody because she never signed the joint custody agreement presented at mediation in June 2018.

Stay tuned to AllAboutTheTEA.com for updates on the ongoing custody battle.