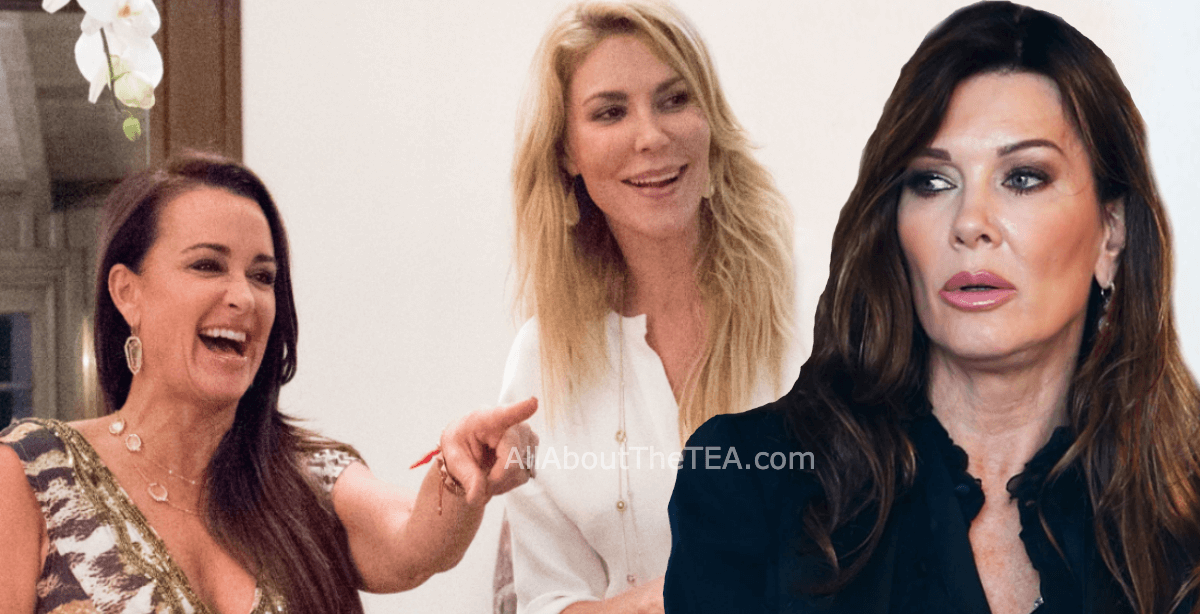 Kyle Richards and Brandi Glanville have rekindled their friendship, the Real Housewives of Beverly Hills  frenemies reconnecting in the wake of the Season 9 blowout between Kyle, 50, and Lisa Vanderpump.

A source dished to Hollywood Life about the reality star remix, which began even before Kyle and Lisa’s aired smackdown.

“Brandi actually reached out to Kyle and they recently started following one another on social media again,” the source said.

Fans watched Kyle Richards and Lisa’s friendship implode on camera, after Kyle accused Lisa of planting a tabloid story exposing Dorit Kemsley’s ill-fated dog adoption. The insider claimed that both Kyle and Brandi have had a “change of heart,” and have Lisa to thank for bringing them back together.

“Brandi Glanville and Kyle Richards are happy to be friends again and Lisa Vanderpump is the reason why,” a RHOBH source dished. “The two ladies recently reconnected and put their beef aside after Kyle stopped speaking to Lisa.”

Brandi tweeted her support for Kyle after the fiery episode aired.

All I have to say is both Lvp & Ken lost their fucking minds tonight physically getting in Kyles face !!! I wound have been swinging #not ok #disgusting

The insider revealed that Brandi and Kyle had already chatted about the upcoming season — reconnecting via their common link — a shattered relationship with Lisa.

“They’ve spoken a few times about Lisa and this season of RHOBH and they now laugh at the fact they haven’t spoken for all of these years, so they thank Lisa for bringing them back together,” explained the source.

The snitch delivered a non-shocker — that Brandi would love to make a RHOBH comeback — despite Lisa’s staunch refusal to participate.

“Brandi would totally come back if she was asked, but Lisa has said several times she will not film with Brandi,” the insider said.

“Both Brandi and Kyle are aware of how them being friends would make Lisa feel, but they could care less,” the source added. “They both feel that Lisa has done them wrong and neither would ever be friends with Lisa again. They feel wronged by her one too many times.”

Lisa Vanderpump, 58, confirmed her feelings about renewing a relationship with the booted Bravoleb during a January appearance on Watch What Happens Live — reiterating that she would never rekindle a friendship with Brandi.

Will Kyle Richards  reconciliation with Brandi prove to be a game-changer? Stay tuned — and watch The Real Housewives of Beverly Hills, Tuesday nights, at 9 pm, ET, on Bravo.