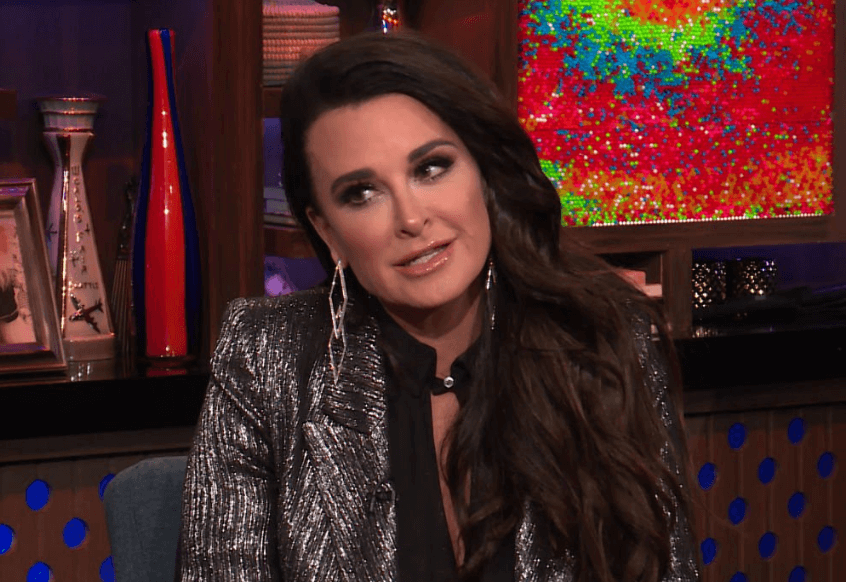 The Real Housewives of Beverly Hills star made jaws drop last week with an orchestrated social media attack that involved several of her co-stars and celebrity friends.

In a series of videos, Kyle Richards, 50, mocked Ken Todd by shouting “Goodbye Kyle” while loitering outside of Lisa Vanderpump’s restaurant, SUR, on Thursday night. Kyle then joked with friends that she was going to “order a Goodbye Kyle on the rocks.” Kyle’s video was followed by more jabs from Erika Girardi, Lisa Rinna, Harry Hamlin, Dorit Kemsley and Kardashian mother, Kris Jenner.

24 hours later and Kyle is still carrying on like a bratty mean girl. Do these other women realize how dumb this makes them look? Kyle says jump and they say how high? Weak, followers. Judging from social media Kyle is running these women! #RHOBH #RHOBHMeanGirls 🤢 pic.twitter.com/miA3tQDjjA

On Sunday, the reality starlet took to Instagram Story to issue clarification for her actions in a series of screenshots after Real Housewives of Beverly Hills fans dragged the Housewife for the unprovoked attack. Read below. 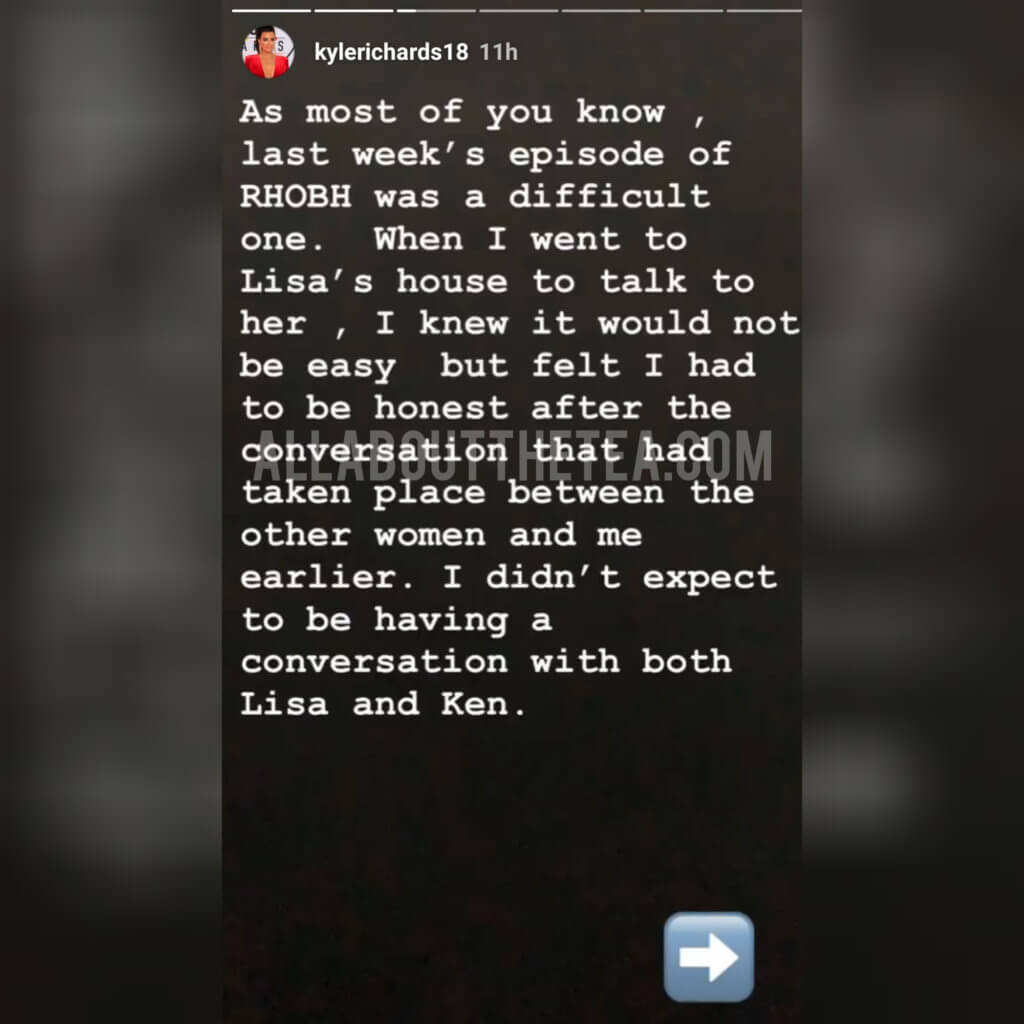 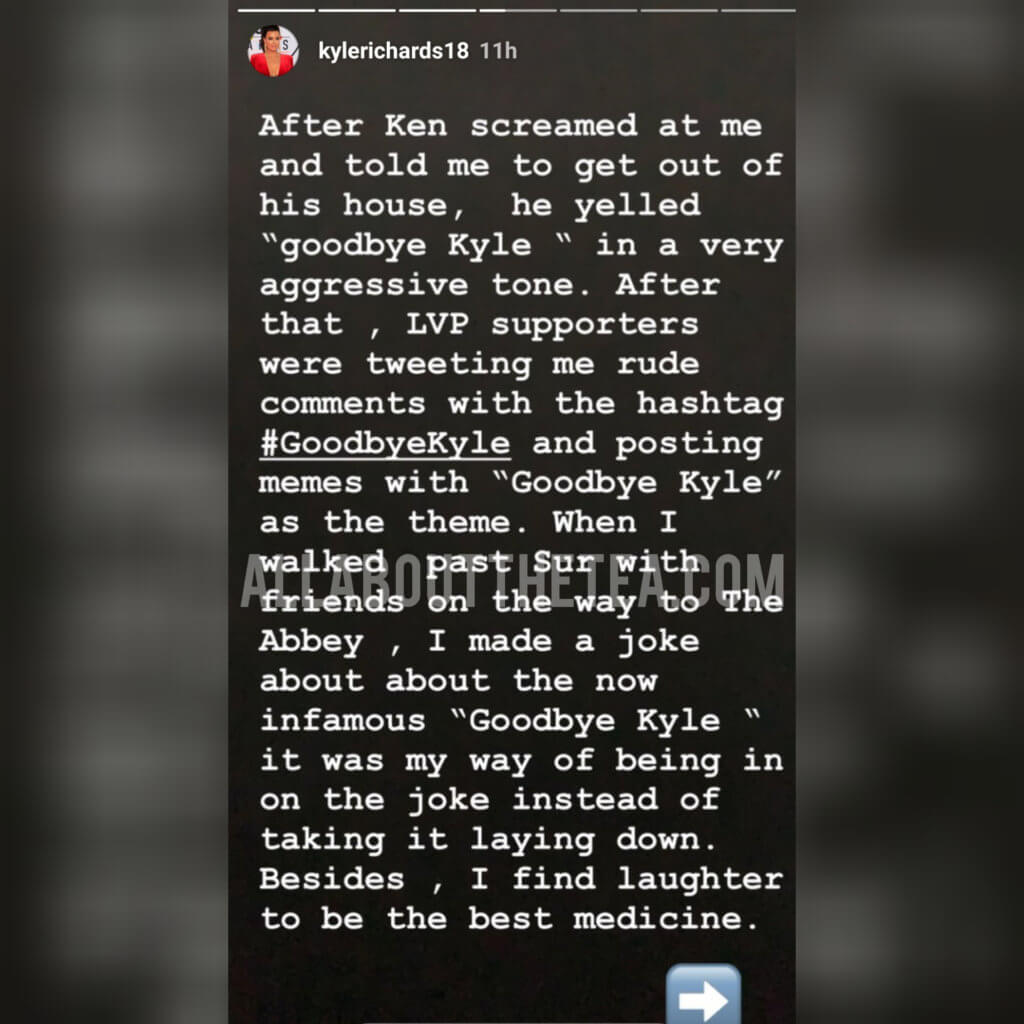 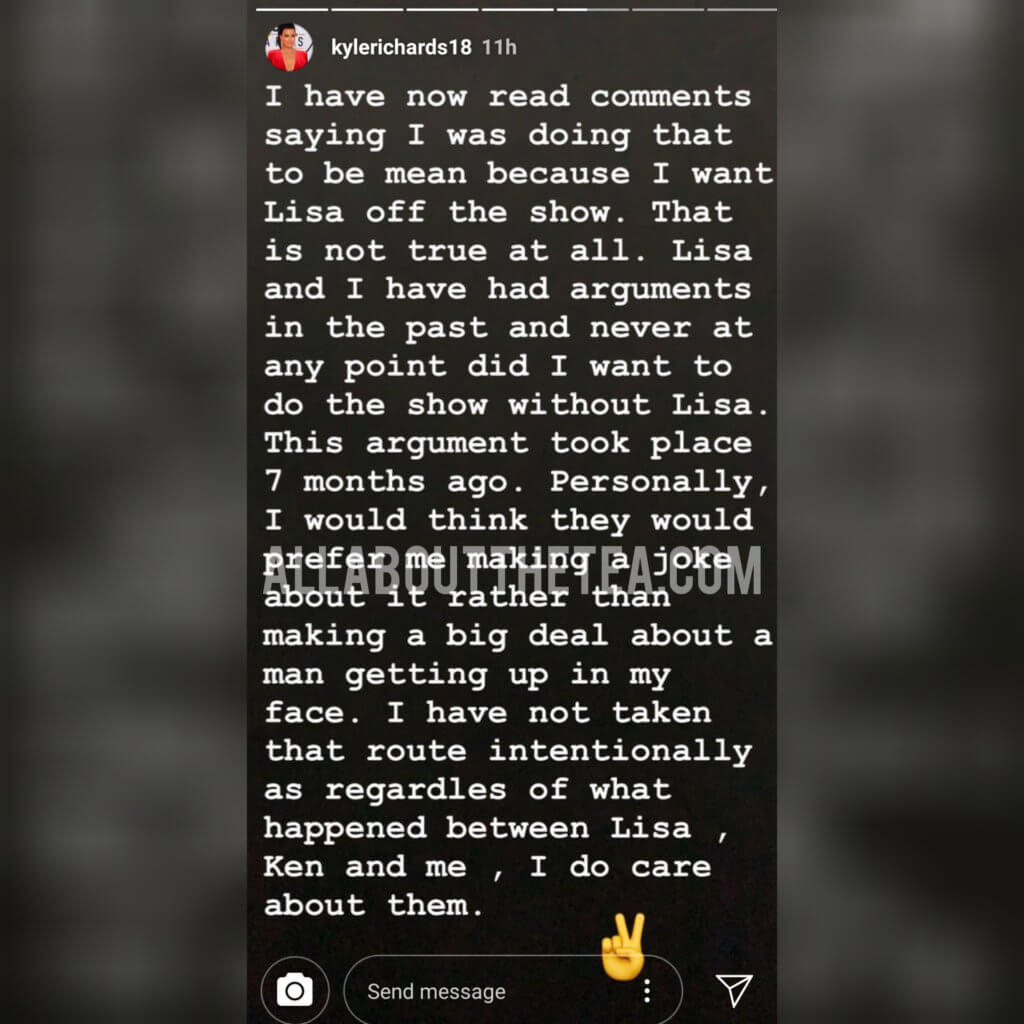 As fans know, Kyle and Lisa had an explosive showdown during last Tuesday’s episode of the Real Housewives of Beverly Hills after Kyle accused Lisa of planting a damaging story in the press about Dorit Kemsley. Lisa’s husband, Ken Todd, screamed “Goodbye Kyle” before kicking Kyle out of Villa Rosa.

Kyle Richards‘ victim act isn’t cutting it with Real Housewives of Beverly Hills fans — especially after the reality star claimed to have suffered anxiety after her fight with Lisa Vanderpump and Todd Ken then turned around and trolled Ken on social media.

Fans sounded off on Twitter, as Kyle’s reality unfolded.

I truly believe #GoodByeKyle is the main one who should be let go. She won't stop this crusade on LVP and it's been going on since S2. At the very least she needs a season off to regroup. #RHOBH

Hey @Andy when you started the housewives franchise did you think grown women would be posting bullying vidéos outside other wives businesses?I doubt it,it’s not good television, it’s not fun anymore!It’s bullying&If it keeps up,I’ll stop watching #RHOBH & the rest #GoodByeKyle

This is NOT a #GoodbyeKyle challenge as Kyle requests her friends to imitate Ken's voice when doing it. That's called mocking. It's like she wants to earn the name Vile. Not a good look. It's just so damn childish IMO espicially cause it's 6 months later. #RHOBH

@Andy @BravoTV this needs to be addressed when they try to claim ken was “aggressive” at the reunion and slander his name when they obviously REALLY think it’s a joke!

Bottom line: If Kyle's friendship w/ @LisaVanderpump meant what she says it meant, there's no time limit where making a joke out of it becomes acceptable. The #GoodbyeKyle game had 1 goal! To rub in the exclusion of LVP from the group, and that hate was initiated by Kyle! #rhobh

Do you believe Kyle Richards is playing victim after trolling Ken Todd? Sound off in the comments!