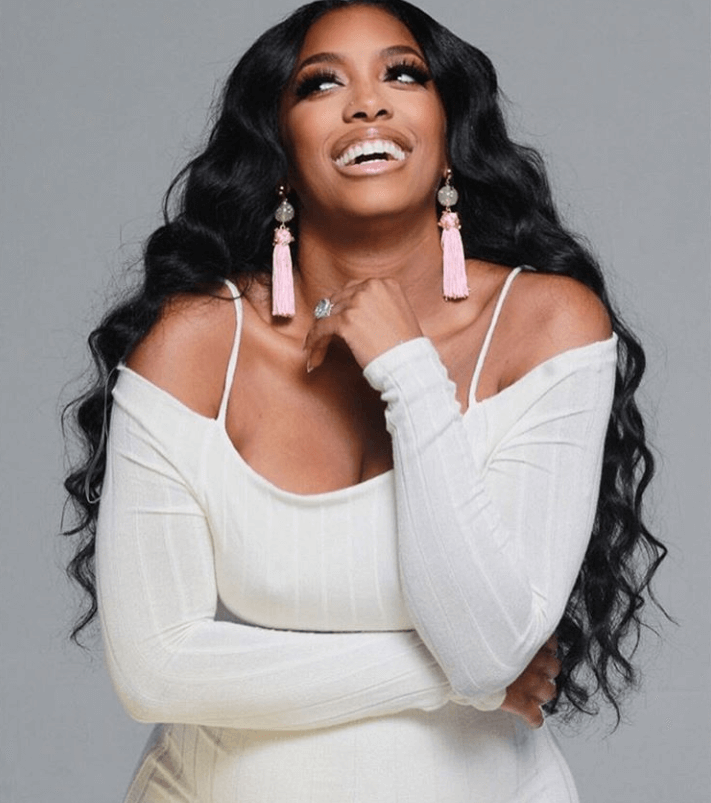 It’s official — Porsha Williams has scored her very own baby spinoff special and confirmed the news on Instagram!

On Thursday, The Real Housewives of Atlanta star announced the news on Instagram, she wrote: “Ayeee 🤩👼🏽 You asked @BravoTv answered!! “Porsha’s Having A Baby” Special Premieres April 28 Sun 8/7c After #Rhoa 3Part reunion!” Adding, ” I love you #TeamPorsha to the moon and back 🥺❤️ #DennisMckinley #PorshaWilliams #PilarJhena #PorshasHavingABaby” 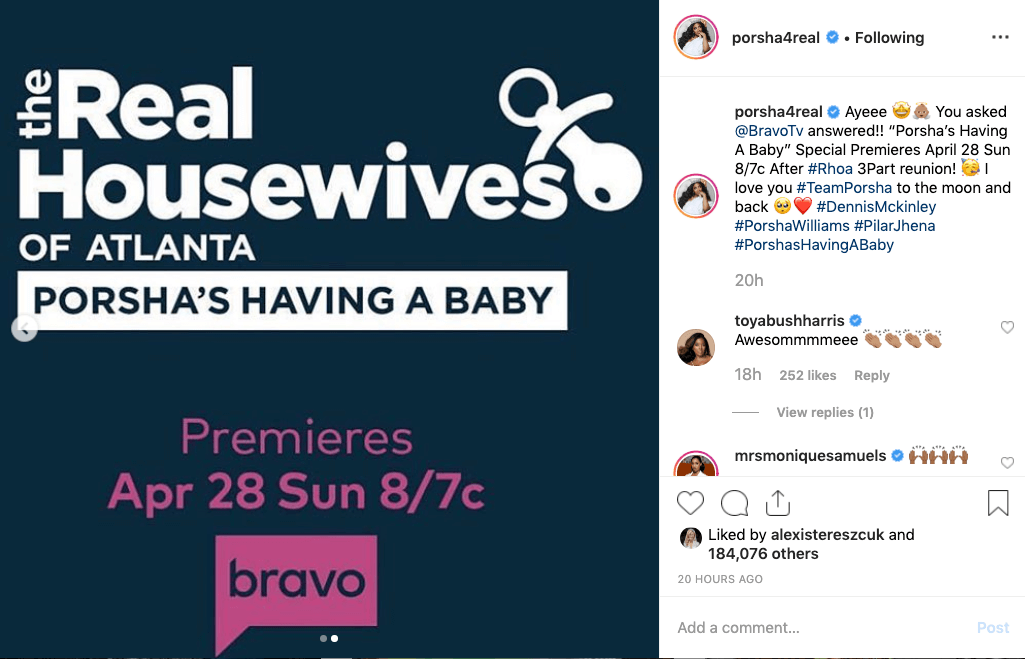 Porsha is engaged to Dennis McKinley, the love of her life — and the couple welcomed a baby girl on Friday, March 22. The Real Housewives of Atlanta couple’s all-white themed baby shower took place in February and was filmed for the upcoming Bravo special.

Porsha’s three episode baby special will center around the drama of preparing for the birth of their baby and how the addition will dramatically change their lives. Between disagreeing on where they should call home and struggling to blend their families all under one roof, the couple must do everything in their power to prepare for their baby.

Expect to see family reinforcements on the show to support the couple.

Check out photos from Porsha Williams baby shower in February below: