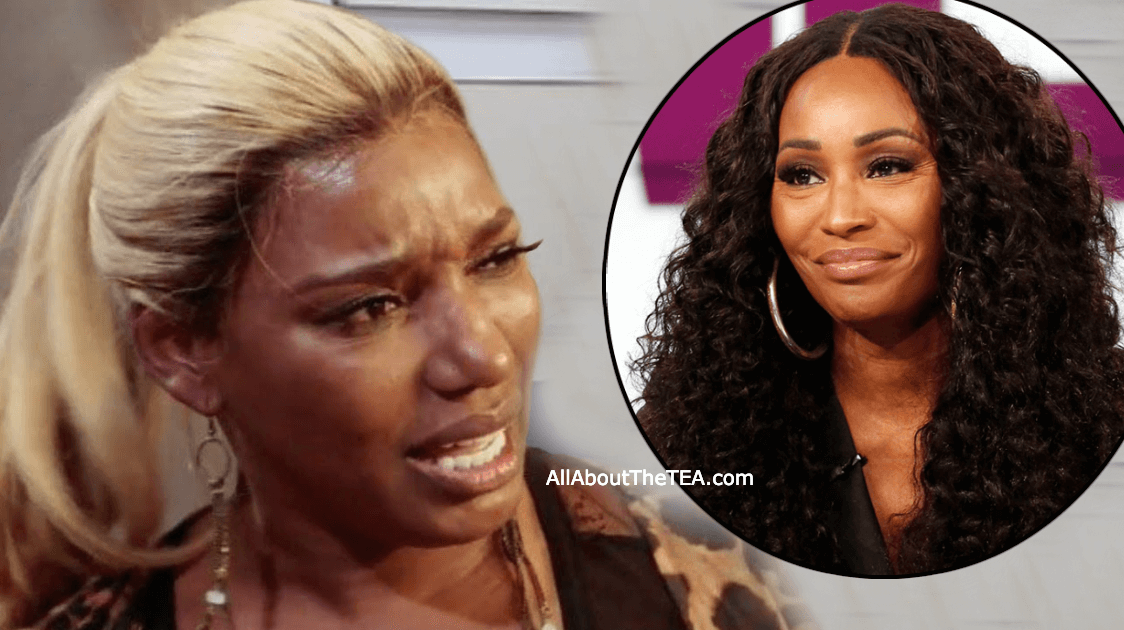 NeNe Leakes claims that she’s been betrayed by Cynthia Bailey and exposed her former friend during an Instagram Live video on Tuesday.

She also addresses unfollowing her Real Housewives of Atlanta cast members on social media, a reunion gang up, and rumors about harming Porsha Williams during her closet drama and much more!

“I wanted to come on Instagram Live for a few minutes because I have so many people texting me and asking me stuff — people on Twitter asking me questions,” NeNe starts the video. “The first thing is, the first thing I saw was I followed half of my cast. That’s what the blogs have said and they are correct. Ok, so it’s been a whole lot of lies put in the press and I see people are making negative comments. It’s unfortunate, because a lot of times people don’t even know. They don’t even know half of what goes on…on this show. They only get five minutes of it. It’s unfortunate.”

She continues: “Unfollowing my cast mates. As far as Cynthia’s concerned, you’re going to have to watch the finale to see what it is that she does. Now, Cynthia’s done a lot of stuff in my opinion, on the down low and very sneaky and underhanded. I’m just telling you the truth. I also just tell it like it is. And, if you don’t like it, you don’t like it and you can figure it out. She has done a lot of stuff that you all just don’t get to see on the show, that’s just underhanded and I always come out looking like the bad guy.”

In the video below, NeNe, 51, says that Cynthia Bailey, 52, has done “a lot of f*cked up stuff” to her that will be exposed on the Real Housewives of Atlanta season finale. She also declares the cast ‘coworkers,’ and no longer friends.

“But, she’s just done a lot of f–ked up stuff, and that’s just for real. Now, what you guys see on social media, that’s what you see. I don’t have any hate in my heart for Cynthia. We are coworkers from this day forward. I don’t have any reason to not speak to her. I’m happy to speak to her, but anything else further than that, no, it’s not going to happen. We are coworkers.”

NeNe is referring to an AllAboutTheTEA.com exclusive report detailing Kenya Moore’s failed attempt to force a confrontation with NeNe at Cynthia’s Seagram’s Escapes launch party back in October. Cynthia lied to NeNe by telling her that Kenya was not invited to the party. NeNe felt ambushed and betrayed, AllAboutTheTEA.com confirmed.

The former Glee star addressed her relationship with the rest of the Real Housewives of Atlanta cast.

“And after, 11 seasons, I finally realized that these girls are my coworkers. Now, as far as the other girls sitting on the couch, they all were trying secure the bag, because half of them are boring. So, they had no other choice but to come for me. You know, they tried to come, how about that. But, they may as well go right on back, honey. It’s so crazy to me because these girls come on this show playing checkers. I’m already over here playing chess. So, it’s so ridiculous to me for all of them to all link up together and act like we’re nice and stuff, when they really aren’t . And, you know, I don’t mind being the villain, because my check gets bigger as I become the villain. So, it’s ok with me, because we all can’t be the same, it’s fine.”

In regards to the rumors being circulated in the press.

“I think people were saying, ‘NeNe attacked Porsha.’ Some sh-t like that,” NeNe said, referencing reports that she had gotten physical with Porsha Williams during a scene that was filmed inside her NeNe’s closet.

“Listen, number one, let’s clear all this up,” NeNe said. “So now, I want to address the Porsha thing, where Porsha is insinuating, I’ll put it like that, that she was touched in the closet, with four people in the closet, me, Porsha, Cynthia and Marlo, and Kandi. Now, the closet ain’t no damn store, it’s a closet with an island in the floor… I think what she said was that her belt came off. assume that I touched her and her belt came off. Now, I’d like to know, how is that possible, which I told her at the reunion. I wasn’t even behind you, so, how could I touch your belt? You know, it’s crazy, because what if I said I had a big ass dog in my closet and said not to go in there and he jumped out and attacked everybody. But, it’s my fault, right? But, I told you don’t go in there.”

NeNe hosted a “Bye Wig,” party on a recent episode — guests were encouraged to sport their natural hair. NeNe suffered a few meltdowns that night but when Kandi Burruss and Porsha Williams stepped into her closet, things got rowdy.

“Going into my closet, it’s my closet, OK. It’s not that serious and it’s not that hard for anybody to understand. It’s my closet, I said, ‘No.’ … I always let the crew go anywhere they want in my house. So, this particular time, my husband was in the hospital, and I said I didn’t want anybody to go in my master bedroom or in my closet,” NeNe explained.

“The producers had all the rules from the very beginning. Everybody that entered my house that day had known that Greg had gone back into the hospital. If they didn’t know, I told them then. Everybody knew that I was under a tremendous amount of stress and pressure and the production team definitely knew. So, production overstepping their boundaries, that was production doing that, OK. Production wasn’t supposed to do that, they had the rules they were never supposed to film in the closet, ever.”

#PressPlay: #NeneLeakes went on live to set some things straight about her co-workers on #RHOA 👀 (SWIPE)

As fans know, NeNe has had a challenging year with her husband Gregg Leakes battle with colon cancer. She broke down in tears on the February 10 episode while thinking about Gregg, 64, during a cast trip to Tokyo.

Share your thoughts on NeNe Leakes exposing Cynthia Bailey’s betrayal and calling the cast coworkers. Sound off below.