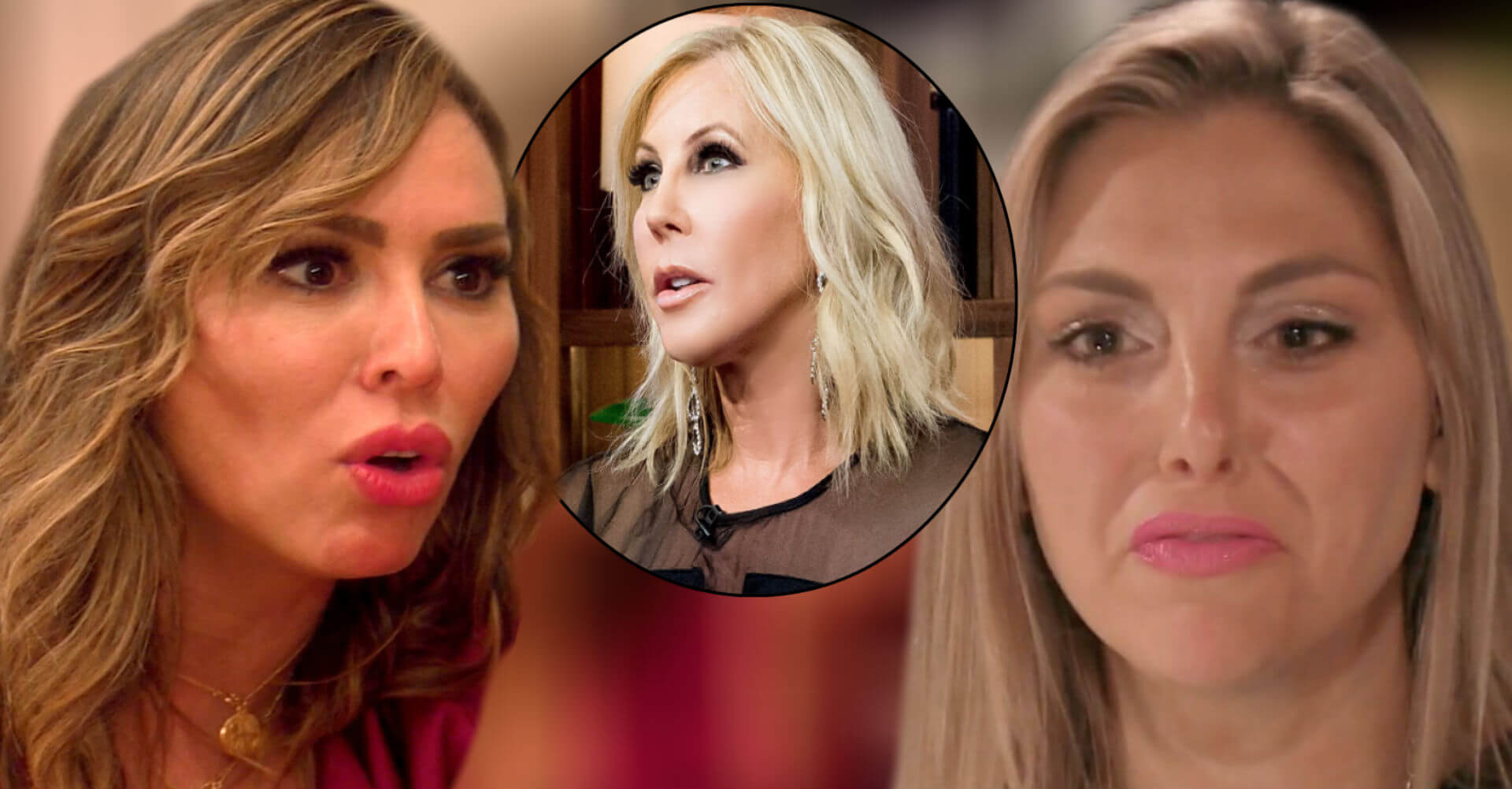 Vicki Gunvalson is IN as a full time Real Housewives of Orange County cast member — and Kelly Dodd is on the warpath. Kelly has now seemingly enlisted Bravo sophomore, Gina Kirschenheiter, to join her mean girl team.

Kelly Dodd went LIVE on Instagram Saturday night, doubling down on Vicki after revealing that a filmed cast event had gone down at Tamra Judge’s house. Things took an even darker turn when Gina publicly cosigned Kelly’s nasty rhetoric.

In a video shot at Kelly’s home, Kelly and Gina babbled boozy commentary, revealing a tag team alliance against Vicki.

“You follow ‘em!” Gina chimed in, referring to Kelly’s claim that Vicki had followed her around, during the cast gathering. “You’re going to see  — amongst pigs.”

In a separate video, Kelly again called Vicki “a pig” and Gina was seen giggling on the sofa, while the duo rewatched a Season 11 interaction between Vicki and David Beador.

Just inspiring women to love themselves, their bodies and others! Join our movement! #ilove2beme #rhoc #rt pic.twitter.com/mRJpDc8rdE

Gina was hit with a DUI charge earlier this month, the reality star arrested for driving intoxicated after being pulled over for a traffic violation. Gina assured viewers that she regretted her dangerous decision, but some fans believe that her appearance on Kelly’s sloppy fat shaming video make her remorse story, as well her #ilove2beme support, hard sells.

How do you think that Vicki Gunvalson will hold up against the bully beatdowns? Sound off in the comments!

The Real Housewives of Orange County season 14 is currently filming.