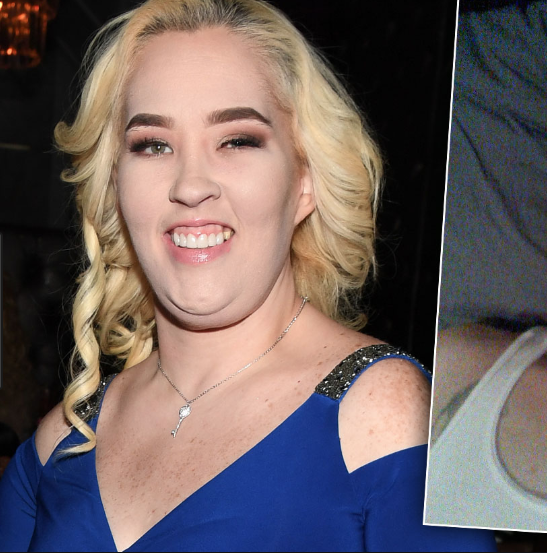 Mama June and her boyfriend, Geno Doak, were arrested on Wednesday for possession of crack cocaine and crack pipes after an alleged domestic violence incident.

June Shannon a.k.a Mama June, 39, and her boyfriend, Geno Doak, were arrested March 13 in Alabama at a gas station.

?Tune in TOMORROW for an ALL-NEW Season of #MamaJune #FromNotToHot 9/8c on @wetv AND don’t miss our #FromNotToHot Special airing at 8pm Leading into the premiere.

Honey Boo Boo’s mama told authorities that she was the owner of the truck and all the contents inside the vehicle. Authorities discovered “a green pill bottle containing a white controlled substance” inside the truck’s glove compartment. The Mama June: From Not to Hot star admitted to authorities that the substance was crack cocaine, according to the police report.

As for Doak, he allegedly stopped officers during his pat down and search to prevent them from being stuck by a needle in his pocket, saying, “I don’t want you to get stick or nothing.” The needle was then discovered in his possession.

TMZ obtained leaked audio that was recorded as Mama June talked to a tow truck driver and she claims that her and Doak (who was in custody at the time) lost their licenses and credit cards while they were drunk. Despite the police report stating otherwise.

In a manic state, the reality star told the tow truck driver that Doak was arrested for DUI, and she was detained for not having a license and having no way to identify herself. She also denied that the accusation that a domestic incident took place prior to officers’ arrivals.

Mama June came under fire in October 2014, when it was made public that she was dating a sex offender, who was convicted of raping her then 8-year-old daughter, Anna Cardwell — while her other daughter, 3-year-old Lauryn, was in the bedroom.

Share your thoughts on Mama June’s crack cocaine arrest. Sound off below!