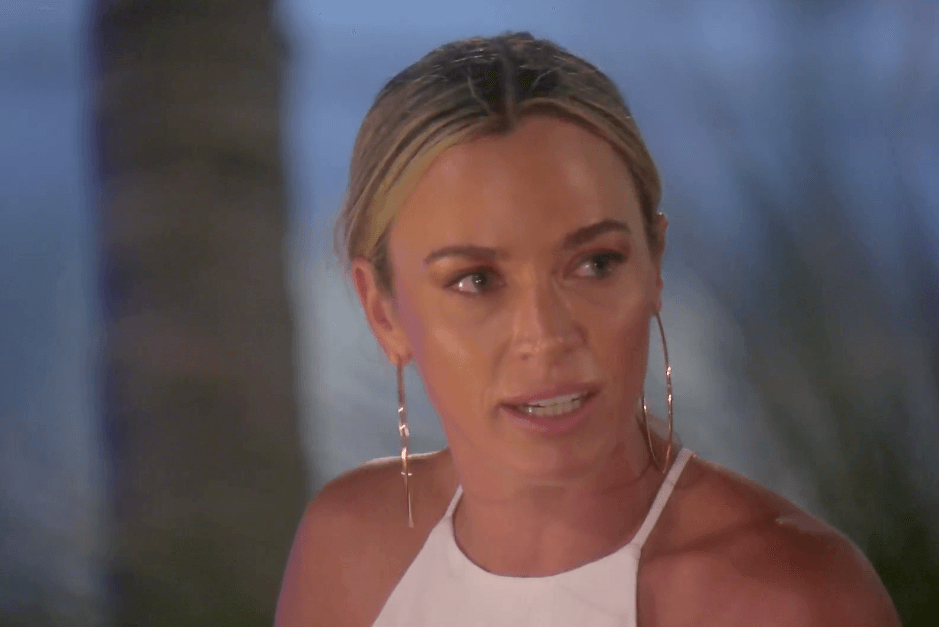 It’s a dog-eat-dog world on The Real Housewives of Beverly Hills  — and Teddi Mellencamp Arroyave and Lisa Vanderpump are feeling the heat.

Ken Todd revealed some damning texts between Teddi and a Vanderpump Dogs rep as Tuesday’s episode wrapped — and Teddi used her Bravo blog, to tell her side.

Teddi admits that she agreed to sell Dorit out on camera — but insists that the plot originated with Lisa.

“John Blizzard called me to tell me the dog story at Lisa Vanderpump’s request, knowing that Dorit and I were in a bad place. He tells me that Dorit would not call Lisa Vanderpump back and that Lisa wanted to text her “Teddi knows” in an effort to get her to respond.”

Teddi admits that she “originally agreed to be a part of this mess” and that she asked Blizzard to “have the dog” at the rescue center, where the scene would be filmed. Teddi explains more key details — and alleges that Lisa was in cahoots with Blizzard and Vanderpump Dogs executive director, John Sessa.

Teddi writes that she’s angry at herself for going along with the alleged plot — and admits that she is not innocent.

This is the text I show at the table tonight. I had cropped it on the show to get to clearly show Blizzard's "YES" to LVP telling him to tell me. This is the full text. Also shows Ken was in contact with Blizzard about this as well. #moretocome #RHOBH pic.twitter.com/jSMK2uClyA

Teddi also posts a text exchange that supposedly proves that Ken was in contact with Blizzard about exposing Dorit. Lisa denied on the show that she had ever connected with Blizzard, via phone.

Here’s another text– shows Lisa told Blizzard to tell me but also that she does indeed have communication with him and that Ken was aware of what was going on as well. I will share more as soon as I'm permitted. Stay tuned & check out my blog for clarity! #RHOBH pic.twitter.com/mCuHsDjMPW

“Ken can call me a f—ing liar all he wants, but I think he’s projecting,” Teddi writes.

On Tuesday evening, Blizzard posted his own text clarification on Twitter.

FYI – the YES was to the previous statement made by Teddi (not shown) that “Either way. It will come out” [the dog situation] & the “idk” was cut out responding to the question “But didn’t Lisa tell you to tell me!?” Looks like I’m in a bit of dog shit anyway @lisavanderpump lol

Do you buy Teddi Mellencamp’s explanation? Sound off in the comments, and watch The Real Housewives of Beverly Hills, Tuesday nights at 9 pm, ET, on Bravo.