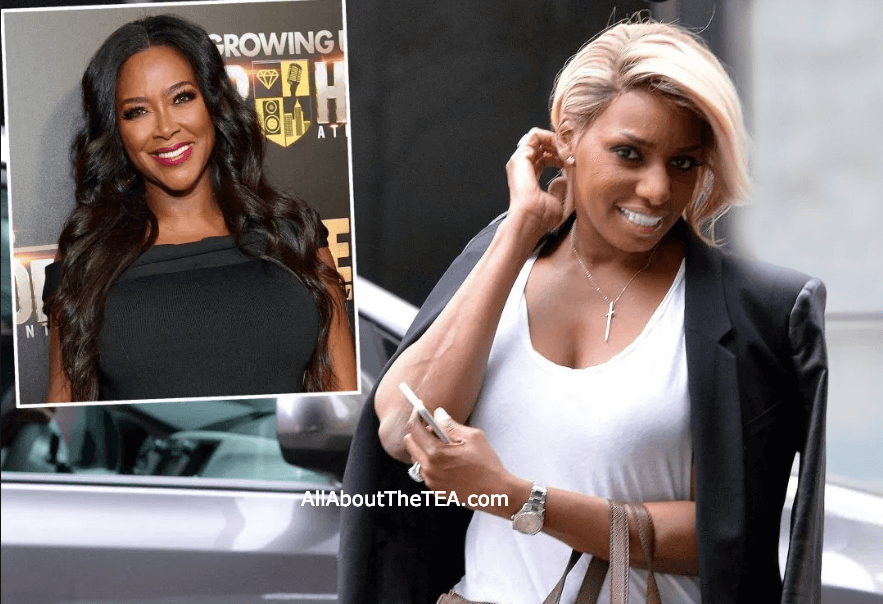 During the segment, Jeannie discussed her alimony payments towards ex-husband, Freddy Harteis — NeNe cut Jeannie off while she was talking about the spousal support to remind her that they’re blessed to earn high incomes.

Kenya Moore decided to chime in on the matter by “liking” a comment insulting NeNe for interrupting Jeannie, “I would have rather Jeannie finish her statement then (SP) to hear nene comment,” someone wrote.

#PressPlay: Meanwhile over at the houswives 👀😩 #NeneLeakes #KenyaMoore 🎥: @therealdaytime

As reported, Kenya Moore is desperate to get back on The Real Housewives of Atlanta and has been trying force confrontations with NeNe to garner media attention.

Kenya Moore’s web of lies unraveled when NeNe Leakes exposed Kenya’s plot to get back on the Bravo reality series.