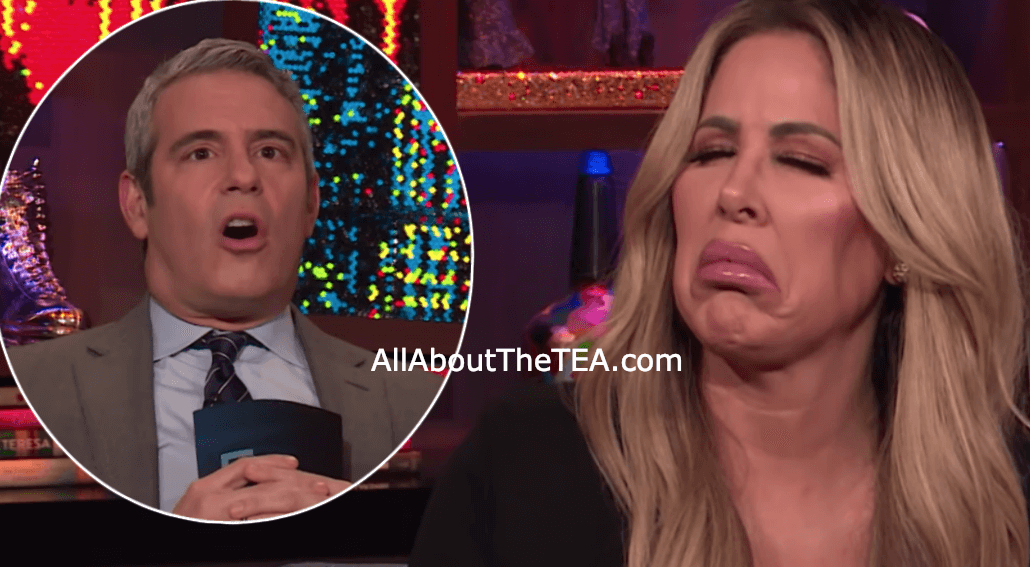 Kim Zolciak appeared on Watch What Happens Live on Sunday and addressed the proverbial elephant in the room — she called out host, Andy Cohen, for not being invited to his baby shower.

“You were not invited to my baby shower, that is true,” the talk show host said. Why? Well, “It was all current Housewives [who] were invited, and it was thrown by five current Housewives.” The 50-year-old new dad told the former Real Housewives of Atlanta star.

Andy explained that he sent Kim a “very nice text” expressing that he wished she was there. Of course, Kim agreed! “No, absolutely! I just had surgery the day before on my back, so I wouldn’t have been able to be there,” she said.

As reported, Real Housewives from around the nation gathered on January 26, to attend Andy Cohen’s baby shower —  Lisa Rinna was in rare form and a former Housewife surprised the soon-to-be father. The “A Star Is Born” themed event was held at the Palm restaurant in Beverly Hills and hosted by Kyle Richards, Ramona Singer, NeNe Leakes, Teresa Giudice, and Vicki Gunvalson.

Some of the guests even brought a plus one. “NeNe brought Phaedra as a surprise,” Andy said.

Kim throw shade at Phaedra Parks attending the event, while she was excluded, “I was going to say, that bitch is old as f*ck,” The Don’t Be Tardy star said.

Press play to watch the awkward conversation below.