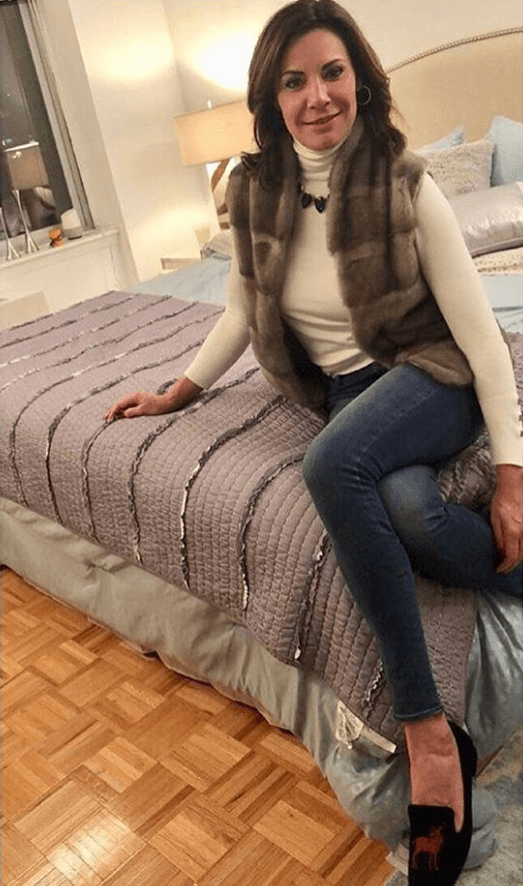 The officer responsible for arresting LuAnn de Lesseps in December 2017 has been fired.

O’Leary was terminated after field tests determined that three of his recent narcotics arrests did not test positive for narcotics, reported local NBC affiliate WPTV.

According to video footage from a press conference, Synder said that nine inmates have already been released from custody, and all of O’Leary’s arrests are now under review.

As a result of Steven O’Leary’s termination, Real Housewives of New York City star, 53, is having her attorney look into her drunken 2017 Christmas Eve arrest.

“We are looking into the allegations of misconduct by Officer O’Leary and we’ll be acting accordingly.” LuAnn De Lesseps tells PEOPLE.

On Dec. 24, de Lesseps, 53, was charged with disorderly intoxication, battery of an officer/firefighter/EMT, resisting arrest with violence and threatening a public servant, according to the Palm Beach County Sheriff’s Office.

Judge Ted Booras approved the 53-year-old’s proposed plea deal, in August 2018. The conditions of the agreement are specified below.

The Countess also had to write an apology letter to Palm Beach police officer, Steven O’Leary, for assaulting him. See photos below of his injuries.

Following her arrest, de Lesseps — who had tied the knot to ex-husband Tom D’Agostino in Palm Beach on Dec. 31, 2016 — released a statement saying, “This was my first time in Palm Beach since my wedding, and being here brought up long-buried emotions. I want to offer my sincere apologies to anyone I might have offended with my behavior.”

She added: “I am committed to a transformative and hopeful 2018.”

In July of last year, the reality star also checked herself into an alcohol treatment facility for the second time.

Share your thoughts on LuAnn de Lesseps looking into her drunken arrest that she pled guilty to in July. Sound off in the comments!