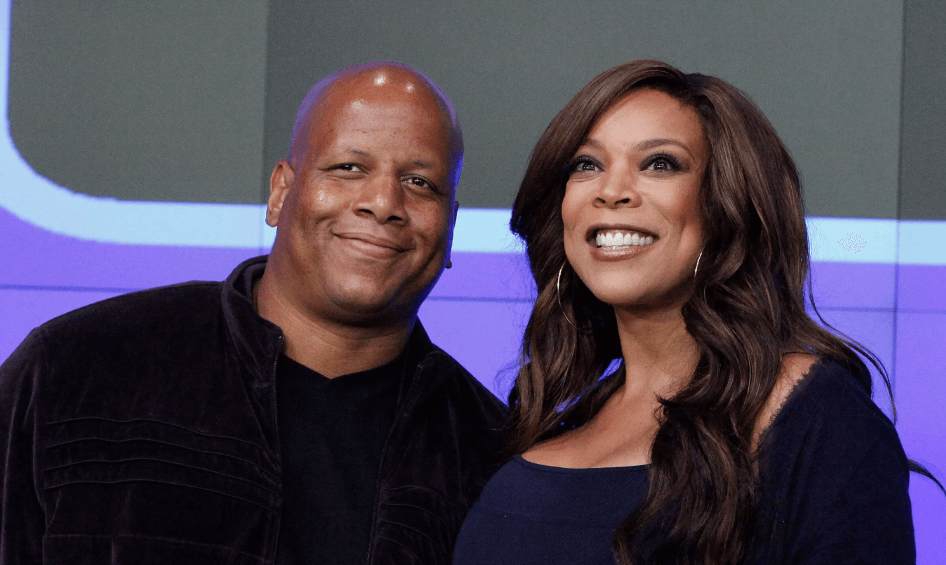 Wendy Williams Show staffers have been issued a stern warning by Wendy’s husband and show producer, Kevin Hunter, amid his cheating scandal and her health issues.

“Kevin sat down the entire ‘Wendy’ staff on Monday morning,” a source told Radar. “Everyone thought Kevin was going to provide an update on Wendy’s health, but instead Kevin ranted for almost an hour about the leaks coming out of the show to the press.”

According to eyewitnesses in the room, “specific articles and headlines” were recited by Kevin, in an “intimidating voice.”

“He was overly paranoid about any info about their private life leaking,” the insider said.

As reported, Wendy Williams blames her recent on-air slurring and less than stellar performance to painkillers that she’s taking for a fractured shoulder.

“The strange part was he provided no update on Wendy’s health, when she would be back or how she was feeling, which was clearly info that everyone at the show needs to do their jobs,” the insider said. “He was threatening that whomever was the source would be caught.”

The source claims that he has been “testing the staff by leaking out information to certain people to see if he can catch someone.”

Williams confronted the cheating allegations during her talk show in September 2018.

“You can believe what you want, but I stand by my guy. All is well in Hunterville,” Williams stated. “Don’t believe the hype, and if there was hype, believe me you — I would let you know.”

On December 20, Wendy released a statement via Instagram — apologizing to fans who pointed out her unusual behavior.

“I’ve never taken a pain medication in my life (except when I got snatched over 20 years ago) until this week,” she wrote on Instagram, seemingly suggesting that the medication is the cause of her slurred speech and behavior.

To My Wendy Watchers, I sincerely apologize if you feel that today's show was less than stellar. I’m on your TV screens every day wanting to spread laughter, entertainment and cheer. As I reported earlier in the week, I have a hairline fracture on my upper arm, which hurts like hell. I’ve never broken a bone or experienced a fracture in my life. In the key place where the fracture is, and trying to scurry around and do too much, I am now paying the price. I've never taken a pain medication in my life (except when I got snatched over 20 years ago) until this week. I did that to power through and try to deliver a great show for you, against the better judgement of the many people around me who genuinely care for my well-being. I really do ride or die for my craft and give 200%. Not to mention everyone is aware at this point about my thyroid condition (don’t cry for me Argentina). For all my fellow thyroid sufferers, you know what the deal is. And for those that don’t: I encourage you to please read up. Needless to say, whatever today's performance was with the legendary The Lox, who said such nice things, I have no regrets and I appreciate everyone’s genuine concern for my wellness and care. I promise you a better Wendy in 2019. I will get some much needed rest and healing over these next couple of weeks. (Yes I am definitely juicing over the next couple of weeks). Sorry again. I love you all. Happy Holidays!

In early 2018, Wendy took a three week hiatus from her gossip talk show to focus on her hyperthyroidism and Graves’ disease.

The 53 year-old revealed that she often feels “like birds are swimming around my head” and “like constantly high, but not high.”

In the midst of Wendy’s health issues — she’s also dealing with allegations that her husband’s mistress, Sharina Hudson, is pregnant.

Wendy Williams is scheduled to return to her popular show next week.