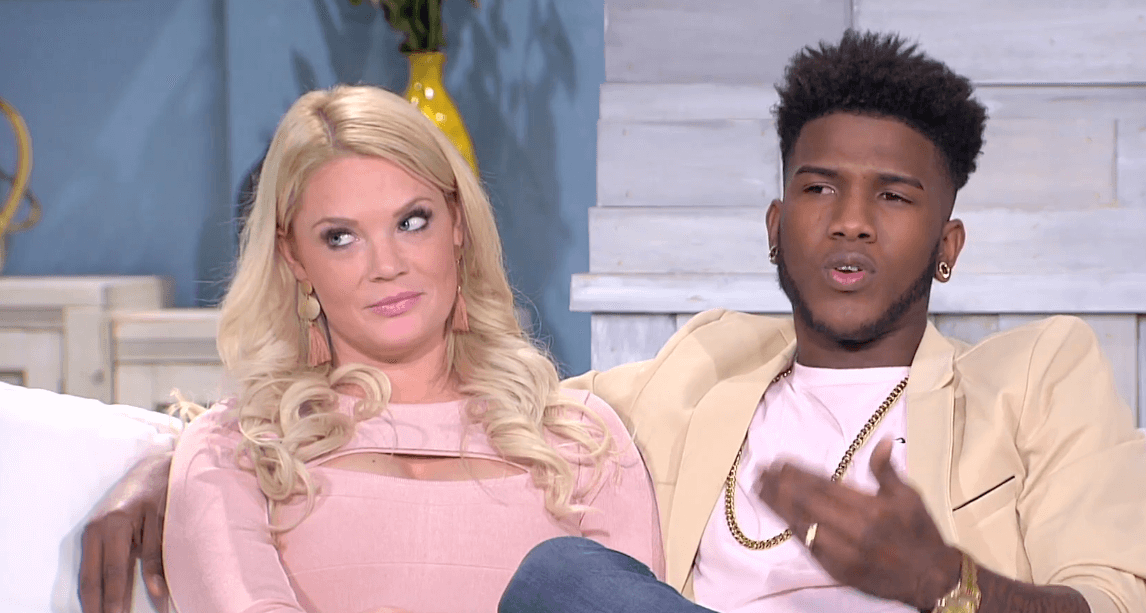 Ashley Martson and Jay Smith hash out the Tinder drama that slammed their marriage, on tonight’s 90 Day Fiance Tell All episode!

Jay downloaded the dating app only days after he wed his American girl, and was soon chatting with multiple women. Ashley busted up a FaceTime tryst, but Jay pleaded lonely and neglected — leaving fans wondering about the couple’s future.

RELATED: Ashley And Jay Unfollow Each Other & Delete All Photos Together Sparking Breakup Rumors!

Ashley confronts her cheating hubby on tonight’s reunion episode, and other members of the cast weigh in on the messy love story.

“It was just a mistake,” Jay tells Fernanda Flores in a preview clip. ”I wasn’t going to have no one come over to the house.”

“What happens when you’re at your ‘seven-year itch,’ when you’re having trouble. Then what do you do?” Ashley says, putting her Jamaican husband on blast.  “If this is what you do three days after you got married, what do you do when you actually are having troubles in your marriage? Because as far as I was concerned, we weren’t having any issues.”

“It was just a misunderstanding,” Jay adds. “And I wish I could go back and fix it. I would do any f—king thing just to fix it.”

Ashley Martson doesn’t buy that Jay Smith’s shady internet moves point to a  “misunderstanding,” and shuts down his excuses.

“You f—ked up. Take it on the chin. Simple. Just don’t even try to defend yourself because you sound like an idiot,” Ashley fires back.