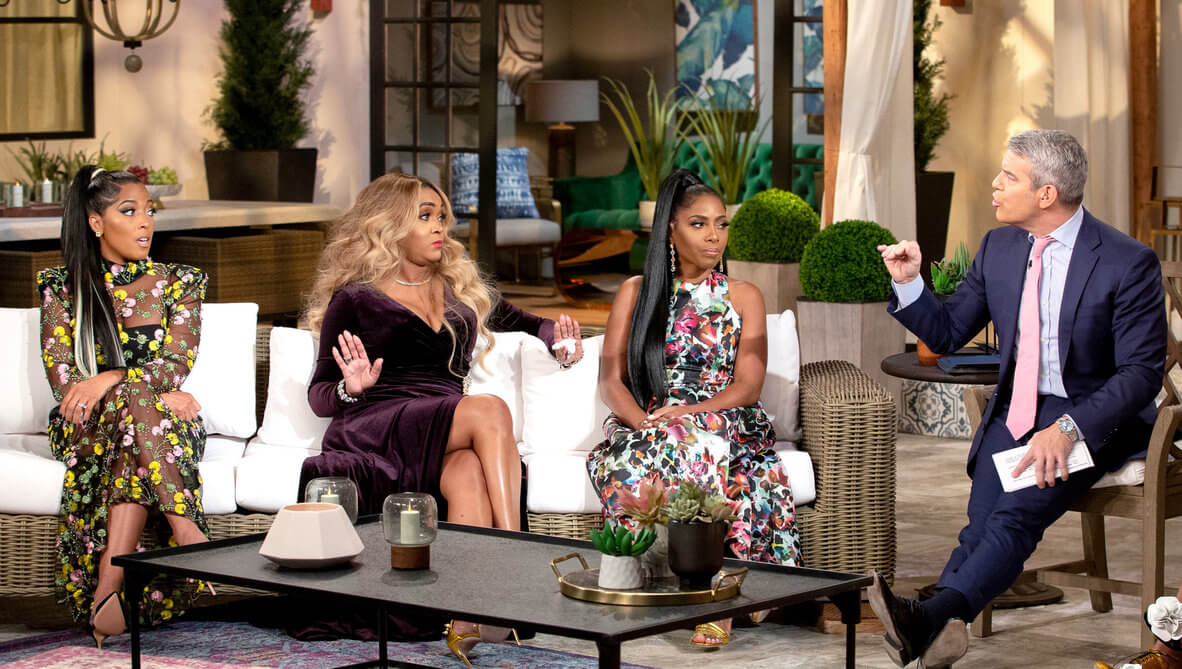 In part one of the three-part reunion, Quad Webb-Lunceford goes on the defense after Mariah Huq exposes her former best friend slept with her brother-in-law — confirming AllAboutTheTea.com’s exclusive report published on November 5.

In the tense clip below, Quad screams at Mariah, “You are a liar!”

“Just like you recently released that I slept with your sister’s husband — you did! — and you know damn well that I didn’t do that … I’m tired of her lying, and I’m gonna deal with this today, ‘cause it’s not gonna go into season seven. I tell ya!”

As AllAboutTheTea.com exclusively reported — Quad addressed our report that exposed she cheated on her husband, Dr. Gregory Lunceford, (who was her fiance at the time of the affair) with the brother-in-law of the show’s creator and executive producer, Mariah Huq.

“You did actually!” Mariah says to Quad. “You were suppose to be my best friend and you slept with my sister’s husband!”

Mariah continues: “I walked into your home  — you had on his (Mariah’s brother-in-law) t-shirt.”

Quad then accuses Mariah Huq of “sponsoring” our blog (AllAboutTheTea.com).

“Mariah, you will sell anybody, girl, to keep up a lie,” Quad tells her ex-best friend.

Part one of the Married to Medicine reunion on Friday at 9 p.m. ET on Bravo.