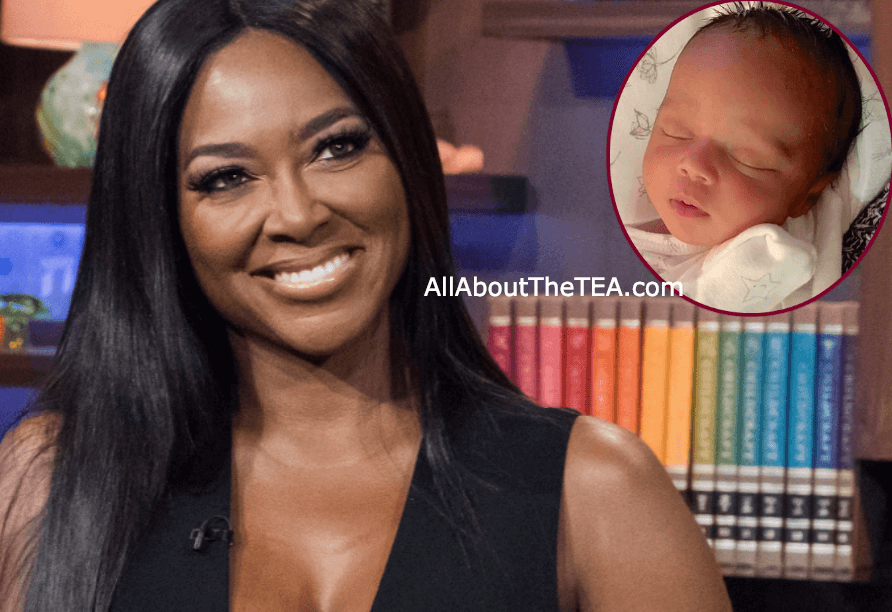 Kenya Moore took her 5-week old premature baby on a dirty airplane over the weekend — much to the shock and horror of onlookers!

As fans know, the former Real Housewives of Atlanta personality claims to have given birth 6-weeks early on November 4, 2018, to a “premature” infant girl. However, AllAboutTheTEA.com’s investigative team uncovered lies and contradicting timelines in Kenya Moore’s birth story. Read here.

During the flight, the 47-year-old filmed video of herself and her baby, Brooklyn Doris Daly, and posted the footage on Instagram Stories Sunday. The child appeared exhausted and was dressed in a dirty coat.

In the video below, Kenya places the baby’s bottle in the magazine pouch, which is the equivalent of a petri dish filled with microorganisms. Watch below.

An infant’s immune system (especially a preemie baby) is no match for the viruses and bacteria that float around on airplanes and in airports. According to the Mayo clinic, parents need to wait until the baby is at least 2 months old — and preferably 4-6 months old before taking a flight that would expose a baby to serious health risks.

#6weeksold May God bless you and may all your heart’s desires come true. I never gave up, kept praying and believing in God’s plan for my life. Stay prayerful He has your back. ❤️ #babybrooklyn #love #faith #family #godsspeed #pray

Share your thoughts on Kenya Moore placing her 5-week old preemie baby at risk by flying . Sound off in the comments!