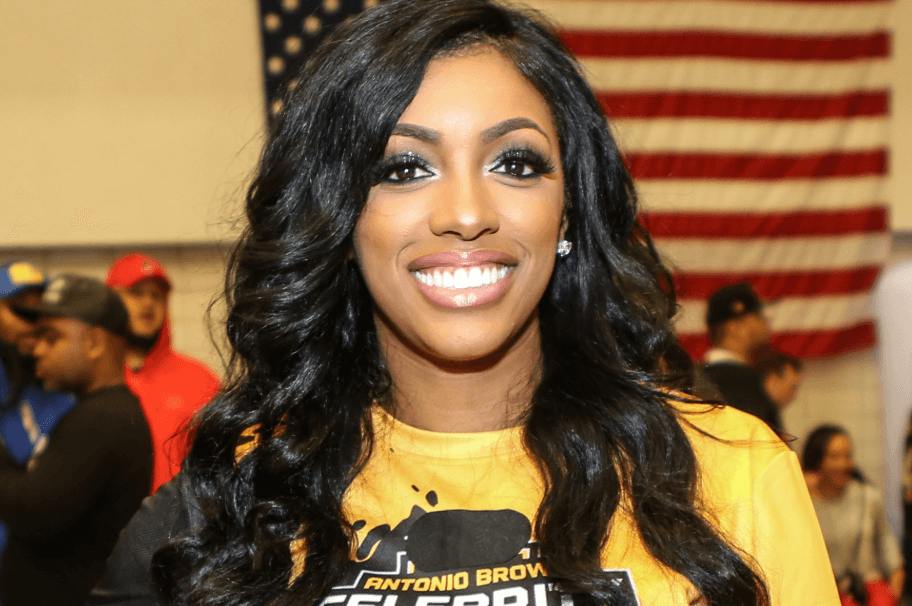 Porsha Williams may be with child but that’s not stopping her from getting her boogie on!

On Sunday, the Real Housewives of Atlanta star flaunted her incredible pregnancy body in a tight dress, while shaking her tail feather to some hip hop tunes. Press play below.

Porsha’s fiance, Dennis McKinley, recently faced a firestorm when Kandi Burruss exposed the Atlanta businessman was previously engaged in multiple relationships before settling down with Porsha.

“You know, allegations are allegations. That’s what gossip is,” she told E! News’ Daily Pop during an interview on Nov. 19. “People sit around what they think they know, or whatever about the past, everybody has a past. He’s not gonna sit up and deny everything word for word. Nobody has the time. He’s a business man, he’s out making money somewhere.”

As reported, Dennis McKinley’s hair weave company was accused of conducting bad business, and was hit with a D- rating after numerous complaints accused the company of fraudulent dealings.