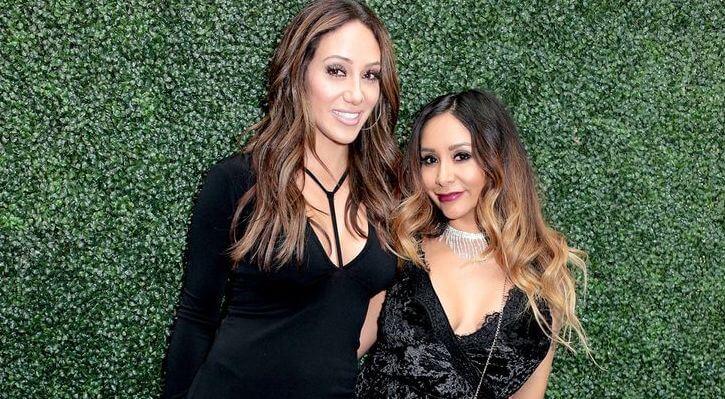 Melissa Gorga recently dished about a famous face that would never be invited to appear on “The Real Housewives of New Jersey.”

The mom of two revealed that “Jersey Shore” personality, Nicole Polizzi, aka Snooki, would not be joining the Bravo cast anytime soon. The reality star spilled that Andy Cohen had shut down any chance of Snooki becoming a Jersey “Housewife” during a recent episode of her podcast, “Melissa Gorga on Display.”

Melissa’s podcast guest, Danny Pellegrino, asked if Snooki had ever been considered for a spot on the Garden State cast.

“Andy Cohen gives her such a hard no… he’s just like ‘don’t even say it,’” Melissa, who shares a friendship with Snooki, revealed.

“Whenever I would go to him and be like ‘hello! She’s married now; she has three kids, she lives around the block. She’s great for this, I think,’ and he just looks at me like ‘no,’” the Bravo star added.

“He is just not having it,” Melissa reiterated.

Melissa clarified that she understood the Bravo executive’s position.

“To his defense, they typically do not like to cast other people who have already been on a different reality show,” she said.

Melissa explained—“They prefer to find an authentic lady living in New Jersey with a crazy life and a Bentley.”

Snooki revealed that she had no interest in joining the series in comments made to Page Six.

“I’m terrified because some of those girls … they get into it,” she told the outlet. “Even though I’m on a reality show, I hate drama.”

Snooki recently shared that she was aware that Cohen was against bringing her on the Bravo show. Melissa referenced her admission during her podcast.

“You know what she said to me when she was on my show?” the 42-year-old reality star said. “That he won’t even accept her for “Watch What Happens Live” anymore. So, I don’t know.”

In 2020, Cohen revealed that he was “starting to think about” hiring Snooki amid rumors claiming that she was set to join RHONJ.

“She’s 32, so she’s in the age range. Now, I’m starting to think, it’s something to keep our eyes out for,” Cohen said during an appearance on “Live with Kelly and Ryan.” “Maybe a season 11 or 12 conversation.”

He added—“That’s a rumor that’s popped up a few times over the years.”

“It’s always something that I’ve kind of discounted. I’ve thought, it’s two different shows. I don’t see it,” Cohen said. “I know some of the women actually know her, and I will say watching your show this morning and hearing it come out of your mouth, it kind of legitimized it in a way.”

“The Real Housewives of New Jersey” Season 12 premieres on February 1, at 8 pm, ET, on Bravo.