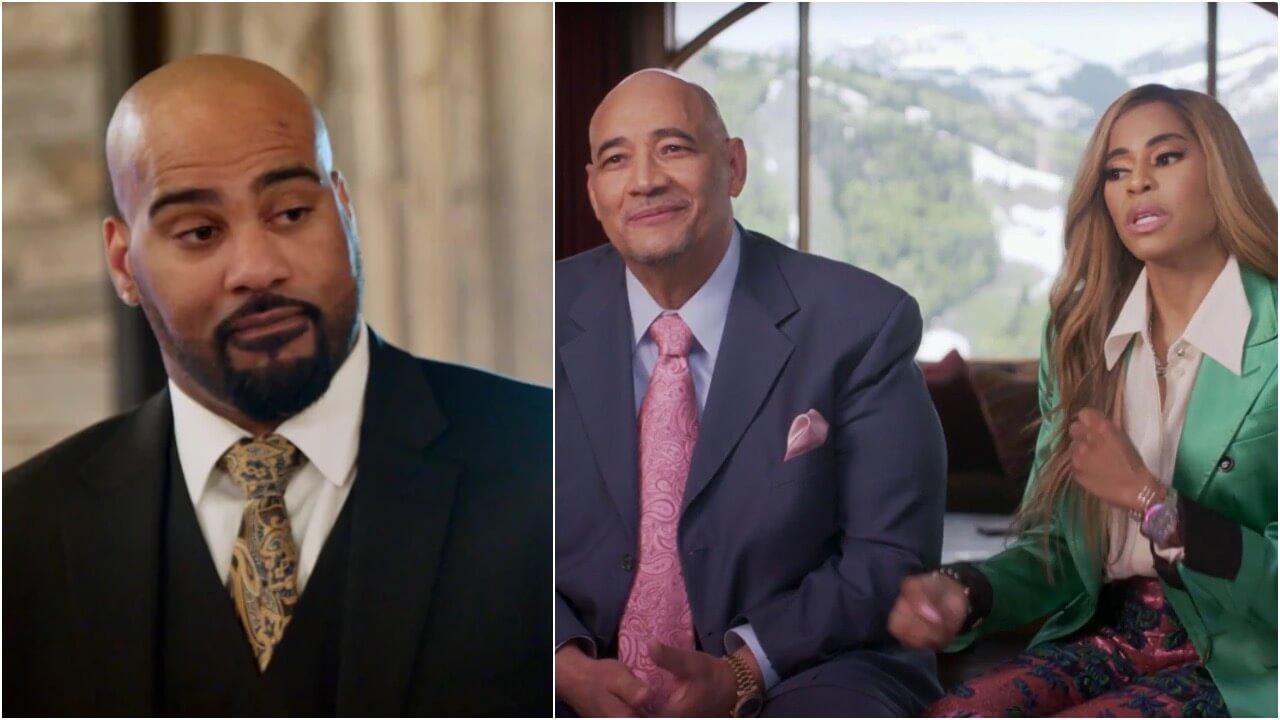 Mary Cosby is being slammed by accusations alleging that she had an extramarital affair with Cameron Williams, a former member of Faith Temple Pentecostal Church who hinted on camera that he had been exploited and traumatized by the “Real Housewives of Salt Lake City” star.

Mary Cosby skipped out on filming the Season 2 reunion because she “did not want to confront the controversy surrounding her this season.” Mary painted a different narrative on social media and implied that she was walking away from the show.

Bravo fans were shocked to learn that Mary had married her step-grandfather when the newest Bravo franchise premiered. Mary explained at the time that her grandmother, Rosemary Cosby’s dying wish was for her to marry her husband, Robert Cosby Sr., and take over the church. Mary has been accused of running a cult during the current season and has been called out for allegedly labeling herself God while supposedly financially exploiting church members.

Earlier in the season, Cameron Williams, who has since passed away, alleged on camera that he had spiritually suffered at the hands of the Bravo star and mortgaged his home in order to give Mary $300k. The 49-year-old church leader denied the allegations when confronted by her castmates.

Dan C., a supposed cousin of the reality star, dropped bombshell allegation about Cameron and Mary’s past. Dan claimed that Cameron was in a romantic relationship with his daughter for several years and that the couple sought counsel from Mary and Robert, aka “Bishop.”

“Cameron was dating my daughter for about three to four years. “During this time, Mary and Bishop would counsel the two of them and bring up reasons why they shouldn’t be together. They wanted to be together, but there was always this over their head.”

“Mary would actually tell my daughter, ‘Why don’t you bring Cameron around? I feel something with you. I think you’re jealous. You don’t want him to be around,'” Dan added, before “fast-forwarding” to Cameron’s alleged split from his daughter.

“It was a Tuesday [or] Thursday afternoon. They were breaking up at the request of Mary and Robert,” he explained. “So they broke up, and on Saturday, Mary went to Cameron’s house. The reason why I know that is she went with my brother and his son.”

Dan explained that he asked Cameron what happened next.

“And he said, ‘She took my hand and put it in her vagina,’” Dan claimed.

Dan’s podcast appearance exploded on social media, only sparking more allegations about Mary, Robert, and the church. The reality star has reportedly been hit by questions over her grandmother’s death and how exactly she obtained Faith Temple.

“The Real Housewives of Salt Lake City” airs on Sundays at 9 pm, ET, on Bravo.