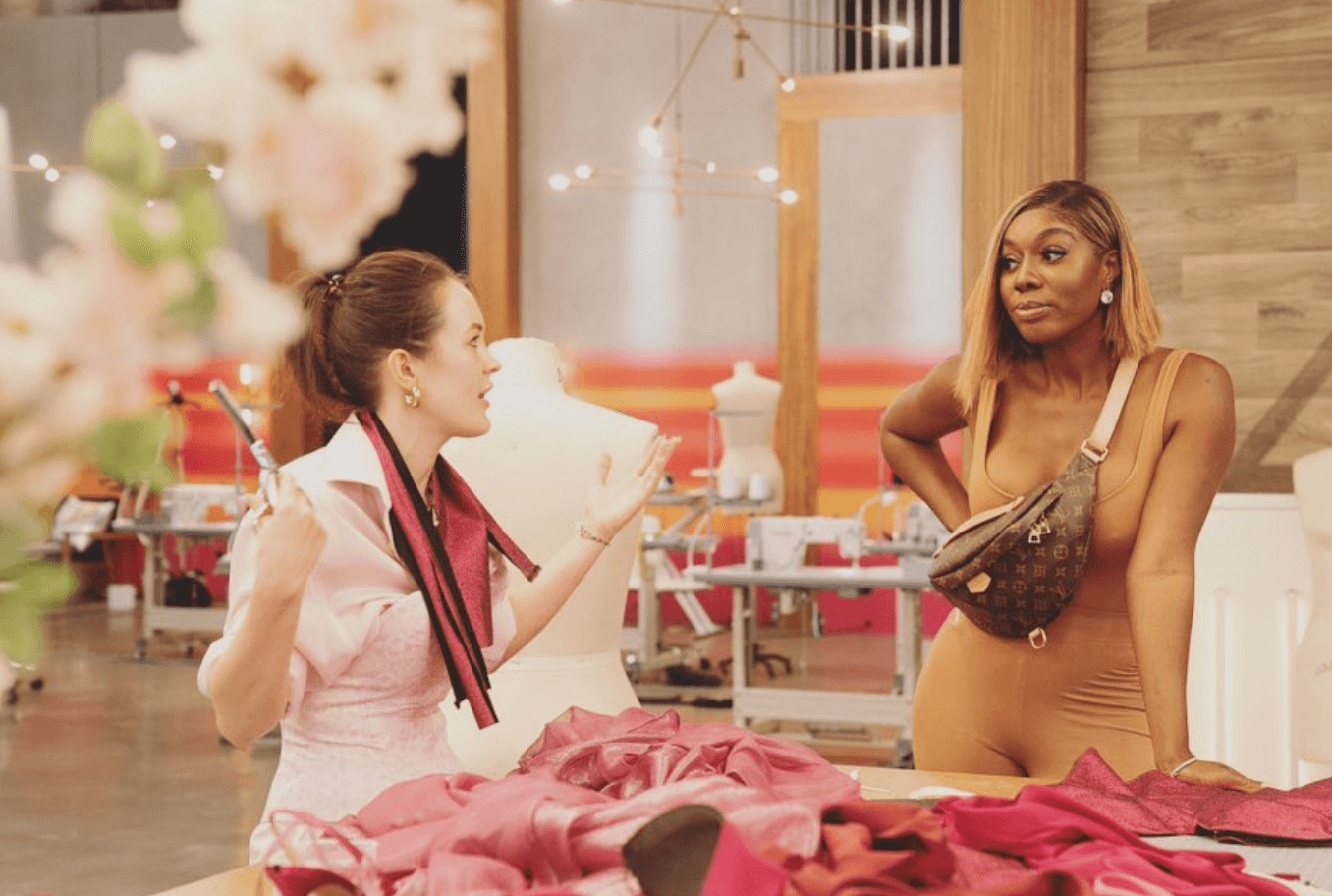 “Real Housewives of Potomac” star, Wendy Osefo, clashed with a “Project Runway” designer during the most recently aired episode of the design competition show — and fans have been sounding off and choosing sides.

The highly-anticipated episode featured “Real Housewives” divas paired with competing designers, who were given the task of designing reunion ensembles for the reality stars. The Bravo crossover episode, which aired on January 6, was smooth sailing for most of the women, but things went sideways for Wendy and her designer, Kristina Kharlashkina after Wendy got her first glimpse at her reunion look. She appeared to be upset that Kristina had designed pants paired with a corset top when she evidently wanted a gown. Kristina broke down in frustrated tears because she couldn’t accommodate Wendy’s wishes due to time limits. Wendy strutted the runway in Kristina’s creation, which landed the designer in the bottom, but not eliminated.

However, earlier in the show Kristina asked the RHOP star about wearing pants and Wendy assured her that pants were fine, never expressing a specific desire for a dress.

Wendy took to Instagram to write about her “Project Runway” outfit after the episode aired, and fans immediately noticed that she did not acknowledge Kristina, the designer behind the look, in her post.

“Such a privilege and an honor to be a guest model on Season 19 of @projectrunwaybravo,” she posted. “Thank you @nbcuniversal & @bravotv for the opportunity and special thanks to each of the designers — you all are tremendously talented. I am forever grateful.”

Fans sounded off on the post, calling out Wendy’s unreasonable attitude on the show.

“Disappointed in you Wendy you told her you could give me pants you can give me a jacket,” one fan wrote. “I will be good in anything. She asked you should it be a dress or can it be a suit. You said it can be whatever you want it to be. And then you try to throw her under the bus. She did a great job and made you look beautiful!!!!!”

Another viewer wrote—“I’m usually on your side of things but you were pretty messy with Christina tonight. You told her pants/suit were ok. And you didn’t advocate for her on the runway. Please empower women better.”

Other followers agreed with Wendy, and defended the Bravo star’s position.

“Am I the only one who thinks Wendy wasn’t in the wrong? Lol yes Wendy said do what you want but she also said she wanted to show boobs & a** which means fitted lol,” a user pointed out.

Kristina also posted on Instagram about her “Housewives” experience. She gave a nod to the drama that went down during the episode and acknowledged Wendy’s social media shade.

“What a challenge Real Housewives…. I experienced the DRAMA fully…. @wendyosefo looks absolutely fab and she is an incredibly beautiful woman… I do not deserve to be tagged on her post, but she is very welcome to mine….,” the designer wrote.