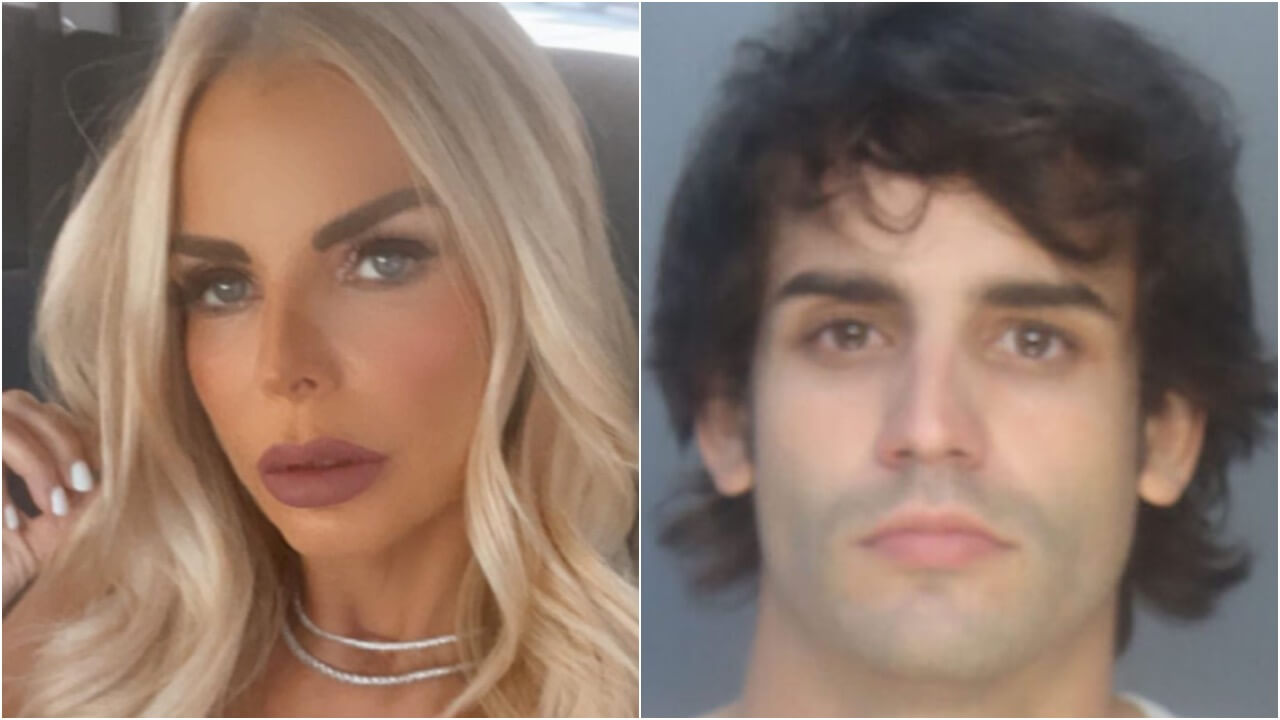 Peter Rosello, the son of “ReaPeter Rosellol Housewives of Miami” star, Alexia Echevarria, has been arrested after allegedly striking and kicking his girlfriend in their shared Miami apartment, Page Six reports.

A Miami-Dade Police Department representative told the outlet that the domestic dispute began at the couple’s Miami apartment, after a night out. Rosello has reportedly been dating the woman for about three months.

The police report states that the unidentified victim upset Rosello when she expressed a desire to stay at her mother’s place instead of with him. The woman claimed that Rosello pushed her backwards with his hand on her neck, causing her to react by slapping down his hand.

Rosello allegedly blocked his girlfriend when she tried to escape out the front door and “grabbed the victim by her arm and pulled her back inside of the apartment,” according to authorities.

The report states that the woman tried to escape a second time, and her yelling alerted a neighbor. The neighbor is listed in the report as a witness to the domestic incident.

The neighbor told officers that they saw Rosello “pull the victim inside of the apartment as she was trying to free herself from his grip.”

The witness reportedly called the cops after bringing the woman into their apartment. The girlfriend looked “distressed” and her crotch, neck and facial area displayed visible redness. She received treatment at the scene.

Rosello was arrested and booked on Thursday at 2 am and charged with a battery misdemeanor. His bond was set at $1500.

Rosello has appeared alongside Echevarria on the fourth season of “Real Housewives of Miami,” which is currently streaming on Peacock. The revived series is currently chronicling his contentious relationship with his mom’s current husband, Todd Nepola. The reality star shares Rosello and Rosello’s younger brother, Frankie, with her ex-husband and drug kingpin, Pedro “Peggy” Rosello.

The “Real Housewives of Miami” is currently streaming on Peacock.