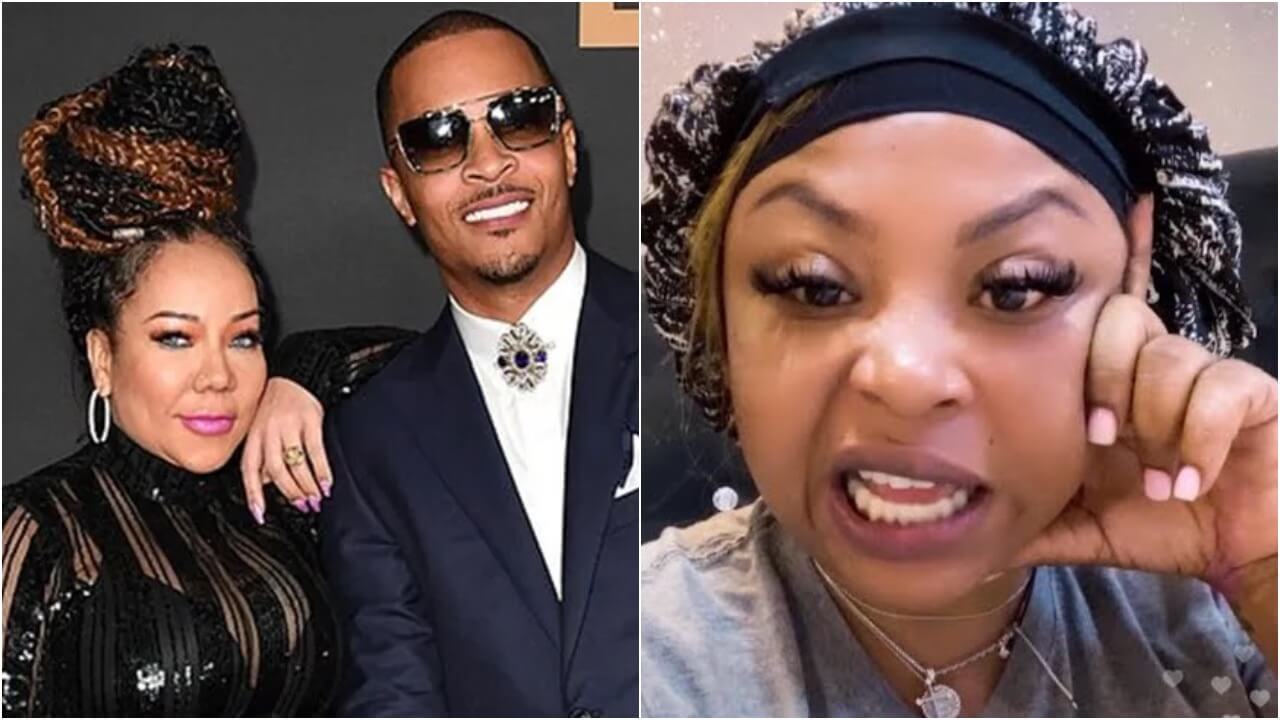 Shekinah Jo Anderson has broken her silence about her complex relationship with Tameka “Tiny” Harris. Shekinah and Tiny appeared together on “T.I. and Tiny: The Family Hustle” between 2011-2017 and even scored spinoff series, “Tiny & Shekinah’s Weave,” in 2014. Shekinah claimed that the reality shows did not portray their relationship accurately, years later.

Shekinah took to Instagram Live to spill the inside tea about her rocky relationship with Tiny on New Year’s Eve. She also claimed that T.I. had treated her harshly off-camera. She spoke about one incident where the rapper embarrassed her by referring to her as “the help,” during a first-class flight.

Shekinah told her followers—“Do y’all know this light-skinned n**** walks up on me, leaving from LA, I’m actually in the seat before him, and that n**** said, ‘how did the help make it to first-class?’”

“Y’all, it was so many white folks on this plane with us in first class,” she added.

She added that she had been “harassed by [T.I.] for a long time.” Shekinah also alleged that Tiny ordered her to physically fight Bernice Burgos, an Instagram model, who was allegedly hooking up with T.I. in 2017.

She said—“Yeah, yo’ wife encouraged her to buy my name years ago. That was some s*** they did together with that Bernice s***. ‘If I don’t fight Bernice, my name gotta be bought.’ What kinda bullying s*** is that? Bernice ain’t never did s*** to me. She’s a beautiful girl, what I’m fighting her for?”

Shekinah added—“I wasn’t there. I ain’t hook em up. So, why the f*** my name had to been bought because I’m a ghetto b*tch that’s her friend. Get out of here, that was a setup with both of them h**s. Them h**s was friends, they did that s*** on purpose.”

The Atlanta entrepreneur went on to emotionally describe how the power couple allegedly mistreated her, declaring that Tiny was “never [her] friend.”

Tiny did not directly address the live rant, which quickly made the rounds on social media, but posted a message that appeared to be a response, on her Instagram Story.

“If you don’t have proof that whatever you be talking about is working for you man do everyone a favor and shut yo a** up,” she wrote.

Peterson accused the rapper and his wife of public defamation, via statements posted on social media after she put T.I. on blast for allegedly holding her at gunpoint. Peterson claimed that T.I. pointed a gun at her face and threatened her life after a minor argument.  Tiny and T.I. retaliated by putting out public statements and denouncing her story online. She also accused the artist and his wife of drugging and sexually abusing over a dozen women.