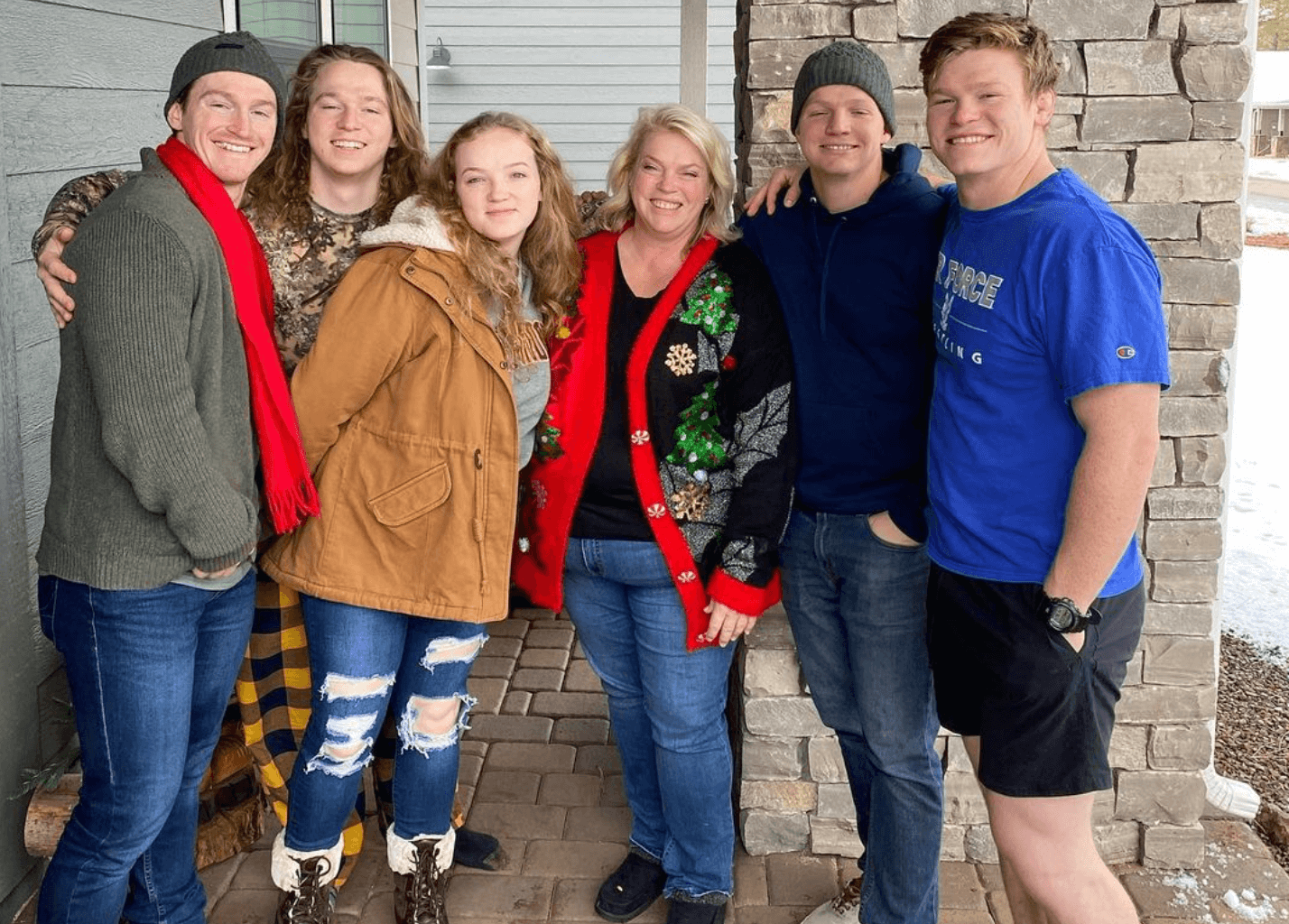 Janelle Brown is “ready for a change” after making headlines for telling her husband, Kody Brown, to “f*ck off” during Sunday’s episode of “Sister Wives.”

Janelle’s sister-wife, Christine Brown, left Kody and made her exit from the Brown clan in November. Meri Brown is going into 2022 “loving life” despite sharing only a platonic relationship with the polygamous patriarch.

The TLC star posted a happy selfie on Monday, wearing a red top and a smile to announce her renewed commitment to healthy living.

Janelle confessed that she was unable to pinpoint her needs writing—“I wanted & needed something but I didn’t know what. I thought how I felt before was how it was supposed to be.”

Janelle revealed that it was her daughter, Maddie, who shifted her outlook. Maddie recently set some new goals in her life, seemingly inspiring her mom to do the same.

“….Maddie decided to make a change, decision to try, decision to continue, then a decision to share. Her sharing with me has forever changed the way I feel,” Kody’s second wife shared.

Janelle’s newfound commitment to health comes after a dramatic episode of “Sister Wives” featured the mom of six clashing with her husband over the fate of their two adult sons, Gabriel and Garrison, amid Kody’s rigid COVID protocols.

Fans flooded a Reddit thread to bash Kody for expressing a desire to “evict” his two sons from Janelle’s home—and many sounded off in support of Janelle’s bold stance against Kody’s demands. Janelle stood her ground as Kody pushed her to consider “a big picture,” meaning to submit to his orders rather than spend Thanksgiving with her adult children.

Fans took to Twitter to cheer Janelle on amid the aired family fireworks.

“Janelle telling Kody to F O made watching him all these seasons worth it.  She’s the true leader of the family.  I’ve been saying for years she should be in charge,” one fan wrote.

“Janelle telling Cody to fuck off was the absolute highlight of the season. Thank you for saying what we all have been yelling at our TVs!” a Twitter user declared.

Janelle telling Cody to fuck off was the absolute highlight of the season. Thank you for saying what we all have been yelling at our TVs! #SisterWives pic.twitter.com/a1nN8oeMSR

“I need Janelle to follow Christine’s route and leave Kody ass!!!!!! And drag Meri as well cause this man is DisGUSTING!!!!!” another said.

I need Janelle to follow Christine’s route and leave Kody ass!!!!!! And drag Meri as well cause this man is DisGUSTING!!!!! #SisterWives pic.twitter.com/xyHpKRKNxV

“Janelle’s response to Kody was the best tv moment of 2022, this far,” a viewer noted.

Janelle’s response to Kody was the best tv moment of 2022, this far. #sisterwives #tlc pic.twitter.com/07cuRqps2i

Related Items:featured, Janelle Brown, Kody Brown, Sister Wives
Kody Brown Bashed For Threatening To Evict Sons From Janelle’s House For Breaking COVID Rules: ‘What A Piece Of Sh*t’!
Meri Brown Says Kody ‘Told Me That We Can Be Friends… And That’s All’ In ‘Sister Wives’ Sneak Peek: ‘I Don’t Have Husband’!
Comments
To Top
Loading Comments...