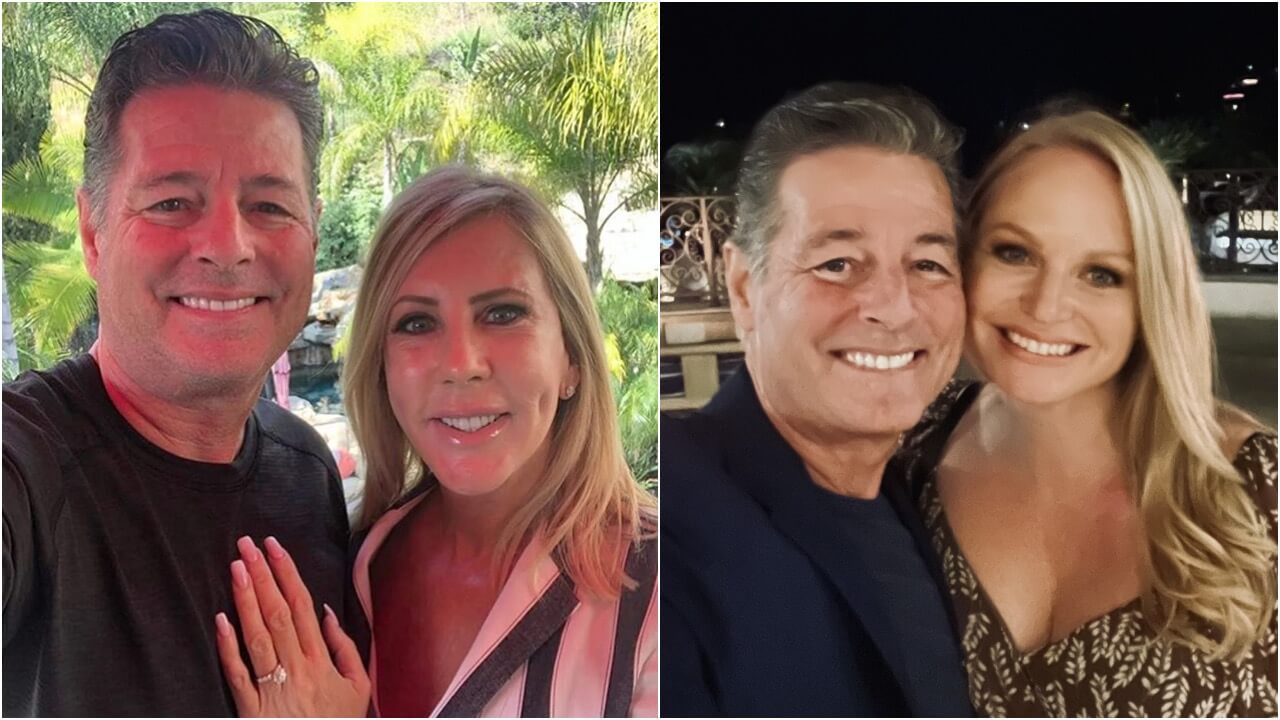 Steve Lodge, the ex-fiancé of “Real Housewives of Orange County” alum, Vicki Gunvalson, is engaged. The retired police officer proposed to his girlfriend, Janis Carlson, last month, according to a report by PEOPLE.

“I did ask Janis on December 20th if she would become Mrs. Steve Chavez Lodge, and she happily agreed,” Steve said, via a statement. “We will be married in April 2022.”

“We are both very excited, incredibly happy, totally in love, and look forward to our life together,” he added.

Steve, 63, has been dating Janis, 37, since September.  Steve and Janis, a third-grade Orange County school teacher, went Instagram official on Christmas Day. This will be Janis’ first trip to the altar, and Steve’s fourth marriage.

The engagement news comes three months after it was confirmed that Steve had split from the longtime Bravo star. The duo dated for three years before getting engaged, in April 2019. Steve confirmed the pair’s breakup in December 2020, but Vicki often appeared by his side during his California gubernatorial campaign. Their split was announced in September, only days after Steve lost his bid in the Gavin Newsom recall election.

The next month, Vicki put Steve on blast, calling him a liar and a user. Vicki, 59, let her feelings be known when responding to comments posted on Instagram by her former co-star and friend, Tamra Judge.

A fan asked Vicki to spill the tea about Steve’s misdeeds, and Vicki replied — ”He used me, he lied to me. He’s been dating a 36-year-old and is not what he portrays himself to be. No Christian man would do what he’s done.”

The Bravo OG claimed that her ex was flaunting his PDA-filled romance around town, and Tamra hinted that the relationship was going on while Steve lived in Vicki’s house.

Vicki will return to the world of reality TV later this year when she appears on Season 2 of an all-star “Housewives” spinoff series on Peacock. She will appear alongside Tamra, “Real Housewives of New York” alums, Dorinda Medley and Jill Zarin, “Real Housewives of Beverly Hills”’ Taylor Armstrong and Brandi Glanville, and Atlanta “Housewives,” Eva Marcille and Phaedra Parks.