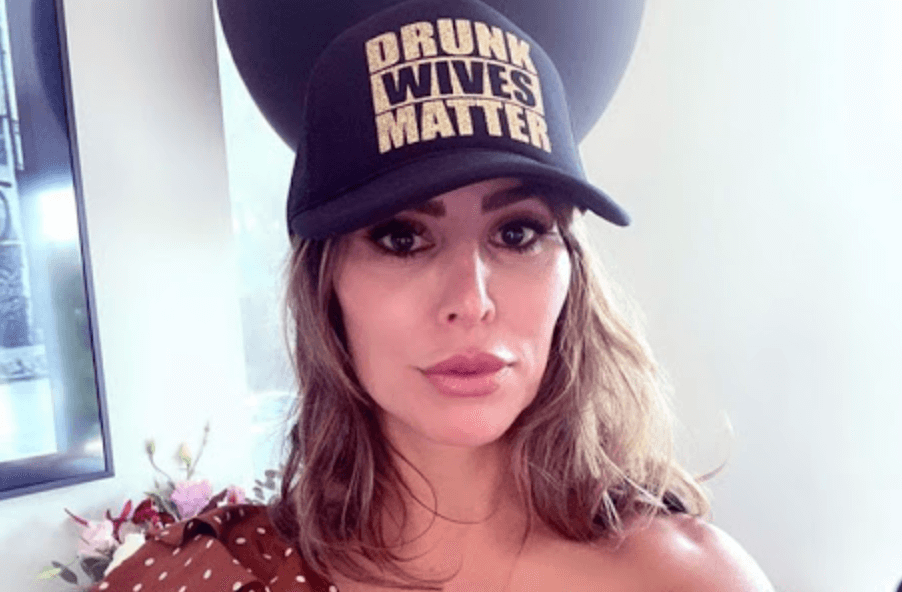 Kelly Dodd has revealed that she paid a price for her controversial behavior during her time on the “Real Housewives of Orange County.” The Bravo alum claimed that she was fined by Bravo for wearing a “Drunk Wives Matter” hat during her bridal shower last October, during a recent appearance on David Yontef’s “Behind the Velvet Rope” podcast.

“It was given to me — and I didn’t wear it on the show. It was at my bridal shower, and I got dinged for that,” the former reality star added.

Kelly clarified that she was hit with a $16k penalty for “general behavior.”

Kelly explained that the network wouldn’t give “specifics” behind their supposed decision to slap her with the fine. She hinted that Bravo probably didn’t appreciate the play on words displayed on the hat.

“But I know I caused them a lot of grief because they did promote BLM so much,” she said, meaning the “Black Lives Matter” movement.

Fans know that Kelly wore the controversial cap during the bridal bash held ahead of her October 2020 wedding to Rick Leventhal. She was hit by fan backlash shortly after posting a selfie on Instagram.

She soon apologized, assuring her followers that she meant no harm by wearing the hat.

“Over the weekend at my bridal shower I got lots of gifts and briefly displayed them,” Kelly wrote on Twitter, at the time. “One was a hat with a play on words since I’m about to be a wife, I’m on a Housewives TV show and might be drunk once in a while.”

She continued, “It was not intended to offend or make any kind of statement. Of course I support black lives and racial equality! Thank you all ❤ Love, Kelly.”

Kelly made headlines last week, after claiming that RHOC’s ratings had tanked without her in the mix.

Kelly put Bravo producers on blast after she was axed from the series—alleging that she was cut from the cast for sharing her conservative political views. The former Bravo star dissed Season 16 ahead of the new year — prompting a response from executive producer, Andy Cohen.

“Wait, wasn’t I the ratings problem? Wasn’t there a boycott??” Kelly wrote,  alongside a ratings report of the most recent RHOC episode.

The report showed that 822,000 viewers tuned in live to the December 22 episode.

“We got over a million viewers 14 out of 16 weeks last season despite HUGE competition from election coverage on the news !!! This year? #RHOC16 under a million 3x in 4 weeks!” Kelly continued, before tagging the Bravo boss.

Wait, wasn’t I the ratings problem ? Wasn’t there a boycott ?? We got over a million viewers 14 out of 16 weeks last season despite HUGE competition from election coverage on the news !!! This year ? #RHOC16 under a million 3x in 4 weeks ! Hey @Andy How’s that reboot going ??? https://t.co/cVBEIsAbqH pic.twitter.com/v5MjxP7Y7I

The “Watch What Happens Live” host responded to Kelly’s question, hitting back at her claim.

Good morning! Reboot going great. Feels like a return to form for #RHOC. Look at the delayed numbers, not live. That’s what’s measured.