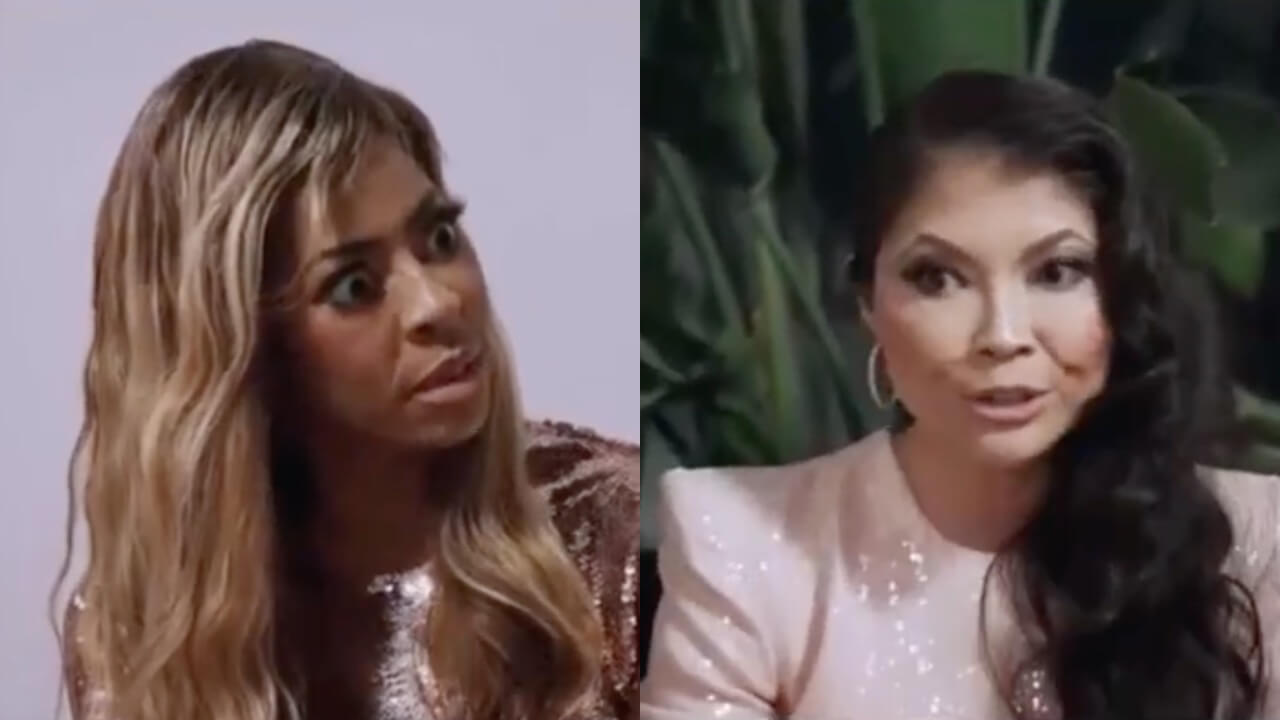 This episode of The Real Housewives of Salt Lake City is titled, “The Miseducation of Mary Cosby,” but perhaps it should be titled, “What on earth is Meredith wearing and how many racist things can Mary say?”

Whitney Rose is planning to spend more money she might not have to “launch” her rebrand. Lisa Barlow is cleaning a toilet? Nah, don’t believe it. Heather Gay gives her business partner, Dre, a new car! Jennie Nguyen stops by Duy Nguyen’s office to bring him lunch and search the cupboards for a hidden sister-wife. Jennie tells Duy how Mary Cosby commented on her slanted eyes.

Mary and Meredith Marks meet up to talk about what happened at the Pho Lunch. Mary tells Meredith that Jennie’s disrespect of her is “a reflection of Lisa.” Mary tells Meredith that Lisa needs to “check her friend.” Mary wants to know where Meredith stands with Lisa. Meredith is upset that Lisa has become such good friends with Jen Shah after all that Jen has done to hurt Meredith. Meredith really expects Lisa to confront Jen rather than brush it to the side. This friendship between Mary and Meredith is quite puzzling. In her production interview, Meredith is wearing some crazy orange shiny dress. Wow.

Jack Barlow is getting ready for prom, and his mom is fussing over him. Then she tells her son how she ruined her own prom by being “lame” to her date. Lyman the Photographer was there to snap pictures. Lisa tells Jack to stand up straight when she is not standing up straight. Lisa tries to direct the photoshoot and ultimately ends up in the photos. When Jack’s date shows up, he puts her wrist corsage on, but Lisa just has to undo/redo it. Classic Lisa moment—emasculating every man in the house.

Whitney and Heather stuff gift bags for the rebranding party. Whitney tells Heather that she’s been working so hard to rebrand her company, and she has officially gone through her family savings, more than $300,000. They work for a few minutes, then wine. The discussion immediately turns to Lisa and how disingenuous Lisa is in her friendship with Mary. Whitney tells Heather what Lisa told her about what Mary said about Jen in Vail. Did you follow that? Heather wants to know if Mary had something to do with Jen being indicted. Then Heather says that Meredith and Mary are “in cahoots.” Whitney is wondering if Meredith’s private investigator knew something and then Meredith told Mary and that’s why neither of them was on the bus to Vail.

At Jen’s house, her mom shows up to help Jen with a charity project for the Tongan community. Jen calls the charity the National American Tongan Society, but the official name online is National Tongan American Society. Jen’s mom is expressing her belief in her daughter’s innocence. Jen says that she’s going to scale back and downsize. Jen’s mom is offering her retirement account and properties to Jen. That whole conversation seemed so wrong.

Meredith and Mary are riding together in the car to Whitney’s event and holy purple feathers! What is Meredith wearing? And how is she sitting in the car? Whitney has asked everyone to wear neutrals and blush tones. At the event, Heather notices that Jennie has Mary’s Vail gift to return to her. Standing up, Meredith’s outfit is even worse than it looked in the car. It looks like an elementary art project. Mary is so obnoxious trying to find someone to take her coat.

Jen arrives with a strawberry blond wig. Meredith is upset that she’s at yet another event with Jen present. Whitney and Justin Rose finally arrive, and glamour shots commence. The best part of this party is John Barlow, Seth Marks, Coach Sharrieff Shah Sr., and Justin just hanging out in the corner. More. Of. This.

Jennie pulls everyone aside to confront Mary in front of the group. Jennie confronts her on the “slanted eyes” comment. Mary apologizes. And then Jennie goes in on the boot-used gift/regift that Mary gave her in Vail. She said it was insulting. Lisa told Jennie that particular gift was meant for Jen and Mary gave it to Jennie. Mary left the receipt in the box. So, Jen opens up the boots and wants to take them. Classic Jen. Whitney is upset about the racist comments and wants to excuse herself to go back to her party.

Next time, Heather and Jen discuss how the FBI could have known that Jen was at Beauty Lab on the day of her arrest [um, cell phone pings, tracking?]. Heather thinks/implies Mary and Meredith know something. Then, during yet another van ride, Jen goes off on Lisa, and Lisa flips out.